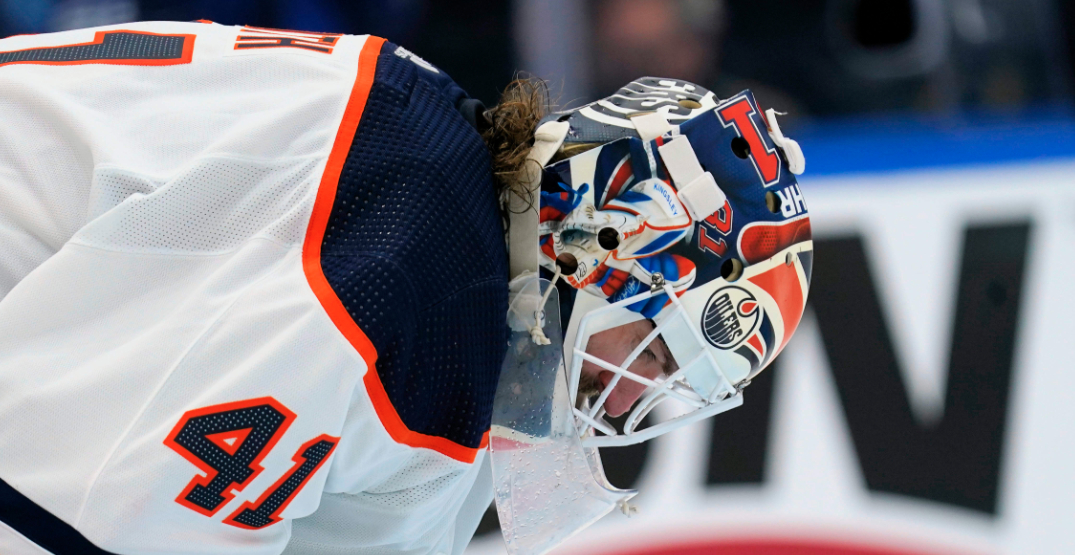 The Edmonton Oilers and goalie Mike Smith will meet this week to discuss his future, according to Darren Dreger of TSN.

Dreger reported Thursday the two sides will come together soon to discuss the future of the 40-year-old stopper, which is likely to include a season-long stint on long-term injury reserve.

“Edmonton Oilers general manager Ken Holland and his veteran goaltender Mike Smith are discussing his future this week,” Dreger said on Insider Trading. “Now we know that the 40-year-old has dealt with a string of injuries and it’s highly likely that Smith will go on LTIR, long-term injury reserve for the remainder of his contract, which only has one more year on it at $2.2 million.”

Smith was uncertain about what his future would bring in talking about next season.

“I have no idea at this point,” he admitted in his exit interview with media last month. “It’s been a grind for sure. I’m not getting any younger. I don’t know where I’m going to be at, but I know it was a lot more difficult this year than in years past, but I don’t know at this point.”

“Challenging at times,” Smith said. “Some good things, obviously. But a grind. A grind of a season. Fun to make the playoffs and go on a run like we did, but playing through injuries for the majority of the season is not easy. I don’t know where I’m going to be four months from now, but I’ve got a lot of stuff to deal with.”

Holland and the Oilers don’t have an abundance of cap space to work with this summer, and sorting out goaltending will be a key priority. Edmonton has already been linked to St. Louis Blues pending unrestricted free agent Ville Husso, and its expected prospect Stuart Skinner will graduate to the Oilers’ roster this fall.

“Holland will then dive deep into the free agent pool with interest in pending unrestricted free agent goaltender Jack Campbell, Ville Husso of the St. Louis Blues and maybe others if he needs to go further into that scenario,” Dreger said.