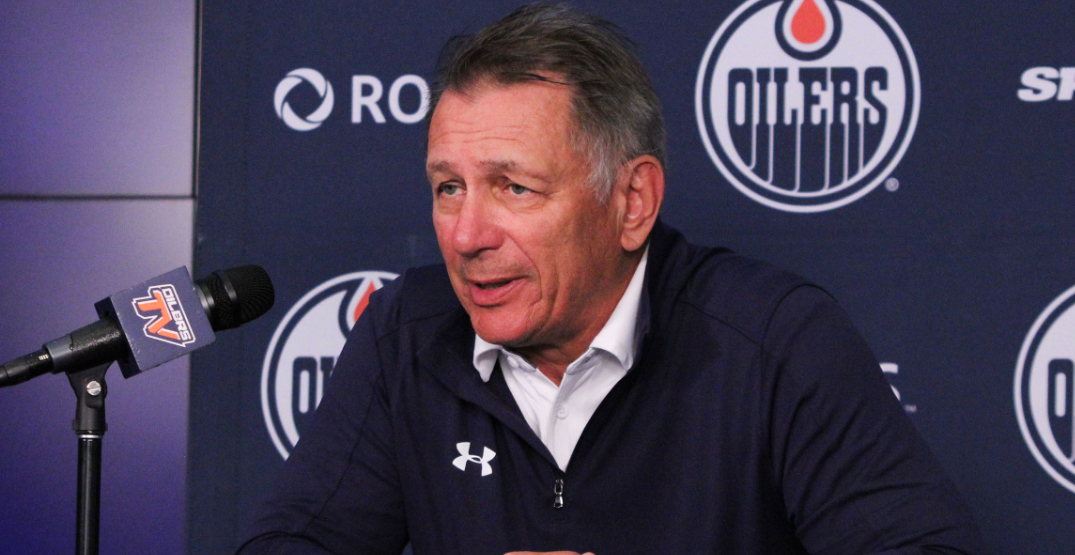 The Edmonton Oilers are tight to the cap with a lot of business to get done and General Manager Ken Holland said Wednesday that using a buyout to help find some relief isn’t out of the equation at this stage of the game.

“I’m considering it, but I’m hoping I’m not going to have to do that,” Holland told media in Montreal on Wednesday.

The Oilers have just over $7 million in cap space this summer, according to CapFriendly.

Among them is coveted scorer Evander Kane and his tricky situation. Standing in the way is Kane’s expected ask, which could fall north of $7 million annually on a long-term pact.

Kane is just one of several burning questions this offseason, which also includes a pile of uncertainty in net with Mikko Koskinen departing for Switzerland and the status of expected start Mike Smith up in the air.

A buyout, or two, could go a long way to freeing up capital for Holland to help build out a roster that made it to the Western Conference Final before losing out to the eventual Stanley Cup champion Colorado Avalanche.

Zack Kassian, who is owed $3.2 million per season with two years remaining, is among those speculated to be a buyout candidate. Kassian landed on NHL insider Frank Seravalli’s list of buyout candidates.

Warren Foegele, who had one assist in 13 playoff games, is owed $2.75 million per year before becoming an unrestricted free agent after the 2023-24 season and could be another option Edmonton entertains. His savings are marginal when considering a replacement.

Barrie, however, had a very productive 2021-22 season with 41 points (seven goals, 34 assists) in the regular season and five points (one goal, four assists) while averaging 18:18 of ice time in the playoffs.

The Oilers are currently already eating buyout penalties on James Neal, a $1,916,667 mark through 2024-25, and Andrej Sekera, a $1.5 million charge that finishes after this season.

“The team we just had we can’t keep together because of the salary cap,” Holland said in his end-of-season address last month. “It’s the cap world. I’m going to try and make the team the best that I can.”