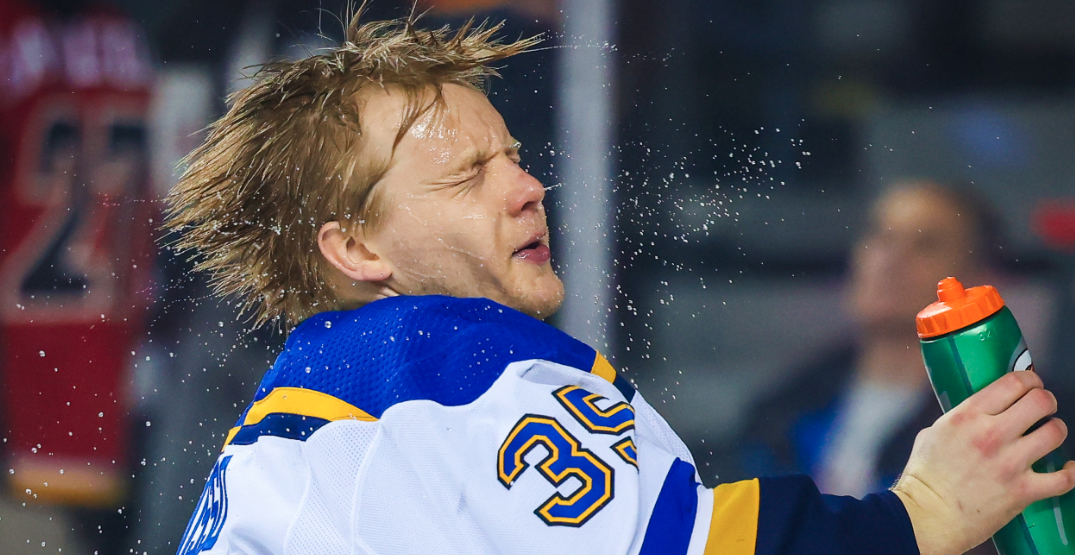 The Edmonton Oilers are in a bit of a pickle when it comes to their goaltending situation for the 2022-23 season.

And a lot of it is fuelled by the uncertainty heading into the summer.

With Mike Smith, the team’s projected starter for next season, unsure about his playing future and the lack of cap space the team has to work with, addressing the goaltending position is going to be a tricky line for general manager Ken Holland to walk this summer.

Should Smith opt to return for another season, it’d seem like the goaltending situation is set with the 40-year-old veteran and prospect Stuart Skinner forming the tandem. Smith, however, struggled through much of last season with inconsistency and injury, netting a 2.81 goals-against average and .915 save percentage in 28 appearances — the fewest he’s played since a 22-game stint with the Tampa Bay Lightning in 2010-11.

He did rebound in the Stanley Cup Playoffs to the tune of a 3.37 goals-against average and .913 save percentage in starting all 16 games from Edmonton, but wasn’t the difference-marker the team needed.

Assuming Smith isn’t good to go, and his $2.2 million cap hit comes off the books, the Oilers will need to go shopping.

Here are the potential candidates, should Holland be able to squeeze out some cap space:

Perhaps the most logical of all the goaltenders on the market to acquire via free agency, Husso is also the one Holland would have to get the most creative to bring in. The pending unrestricted free agent who made the league minimum put together an impressive 40-game run with the St. Louis Blues in 2021-22, amassing a 25-7-6 record with a 2.56 goals-against average and .919 save percentage. Those numbers will generate the goalie, who has just 57 career NHL appearances, a decent chunk of change. The 6’3 goalie is still a wildcard, but at 27 years of age, he also fits with the Oilers’ core and is more than just a stop-gap solution — should he be able to replicate those numbers in Edmonton.

Jack Campbell is another goaltender that will understandably net a raise from his $1.8 million deal with the Toronto Maple Leafs that’ll expire in a little over three weeks. Campbell, 30, survived, and some would offer thrived, in the pressure-cooker that is Toronto. He had a 2.64 goals-against average and .914 save percentage in an NHL career-high 47 starts. He stumbled, somewhat, in losing to the Tampa Bay Lightning in the opening round of the Stanley Cup Playoffs, logging a .897 save percentage. Still, he’s likely to come in at both a rate and term that Edmonton should be able to juggle without their cap crunch going completely sideways.

There’s not a large body of work to show for what Braden Holtby can or can’t do at the NHL level, having played just 21 games with the Vancouver Canucks in 2020-21 and 24 games with the Dallas Stars in 2021-22. Still, there’s something intriguing about a 32-year-old goaltender who did post a .913 save percentage and has a recent Stanley Cup ring on his finger. He’s not the first, or even second, choice for an Oilers organization that can’t really afford to gamble on an aging netminder, but chances are he’ll be available on a short-term deal that could come in right around Smith’s departing number. He was a five-time NHL All-Star Game participant from 2016-2020, too.

Another gamble, Casey DeSmith has never made more than 36 appearances in a single season in his four-year NHL career. He does, however, boast a .915 save percentage across 96 career games, and a relatively tidy 2.67 goals-against average. Signing the 30-year-old goaltender, who was 11-6-5 for the Pittsburgh Penguins wouldn’t be all that expensive in both terms and dollars, but might speak more to a certain level of confidence in Skinner than it does Edmonton’s ability to land a bigger shark in free agency. His signing would signal, at best, a platoon situation for the Oilers.

John Gibson is available, and he’ll be the best goalie available on the trade market. He’s not cheap, either, and he hasn’t exactly set the world on fire statistically of late. He’d likely cost Edmonton one, if not two first-round picks, one of Jesse Puljujarvi or Kailer Yamamoto, plus the likes of Dylan Holloway, Philip Broberg and/or Xavier Bourgault. Gibson, who has done his best to help backstop a rebuilding Anaheim Ducks, hasn’t had a save percentage over .904 or a goals-against average under 2.98 since the 2018-19 season, however. His cap charge comes in at $6.4 million for the next five seasons, and his contract carries a 10-team no-trade clause. That, and the cost, makes him the longest of shots to backstop the Oilers next season.