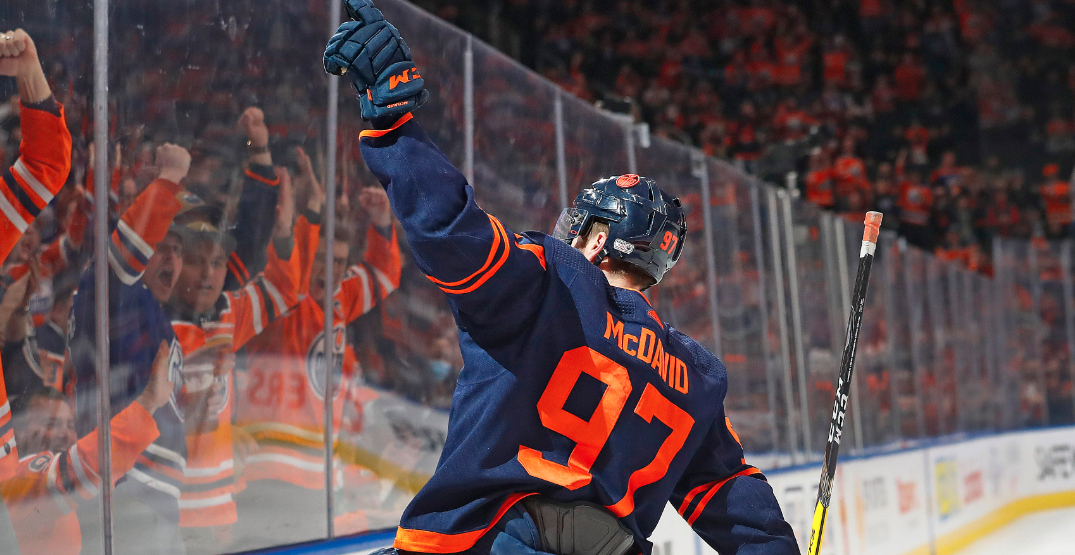 If not for dress code, the Edmonton Oilers could conceivably roll into Rogers Place in pyjamas for almost all of October.

The Oilers will start the 2022-23 campaign with six straight games on home ice, including the season-opener against the Vancouver Canucks on Wednesday, October 12, and the first installment of the Battle of Alberta against the Calgary Flames on Saturday, October 15.

It’s the longest homestand the Oilers will enjoy on the season.

The single against Calgary is also the lone home Battle of Alberta of the season. Edmonton will play Calgary three times, including twice on the road on October 29 and December 27.

The Oilers will also have to wait until January 7 for a rematch of the Western Conference Final. Edmonton hosts the defending Stanley Cup champion Colorado Avalanche that night, and the Oilers will visit Denver on February 19 to complete the set.

Edmonton won’t be away for long periods of time, either. The longest set they’ll play away from Rogers Arena is four games, hitting the road for a quartet of games five times.

One of those sets comes in late April prior to their lone home date of the month, an April 13 date with the San Jose Sharks to close out the regular season.

Edmonton’s preseason schedule was released on Tuesday and will feature an eight-game set.

Oilers prospects will get a jump on those dates, too.

Edmonton’s rookies will also face Winnipeg, Calgary, and the Vancouver Canucks in the Young Stars Classic in Penticton prior to the start of training camp. The four-team tournament featuring prospects from all squads takes place from September 16 to 19.