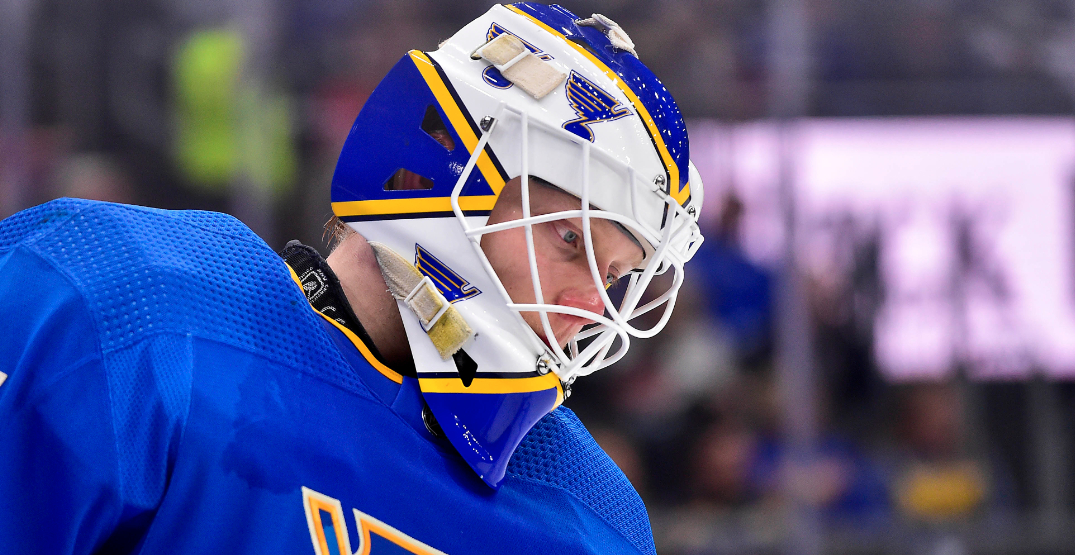 The Edmonton Oilers will be among the teams looking to pursue pending unrestricted free agent goaltender Ville Husso this summer, according to Pierre LeBrun.

LeBrun suggested in an article at The Athletic that the Oilers would be among nearly 10 teams to reach out to Husso when free agency opens on July 13.

Husso, who had a 2.56 goals-against average and .919 save percentage in 40 appearances with the St. Louis Blues this season, is eligible to become a free agent. Husso, 27, has 53 starts in his NHL career — all coming within the past two seasons.

He spent parts of 2016-2020 bouncing around the minors with the Chicago Wolves and San Antonio Rampage.

Edmonton faces an offseason of uncertainty in net.

Goaltender Mikko Koskinen, who was a pending unrestricted free agent, signed in Switzerland earlier this month, and 40-year-old Mike Smith, who started all 16 games in the Stanley Cup Playoffs for the Oilers, was non-committal about his playing future. He has one year remaining on a contract that pays him $2.2 million. Goalie prospect Stuart Skinner, who is on a one-way contract, is expected to serve as the club’s backup in 2022-23.

Husso would be a reasonable target for the Oilers with a thin goaltending market this summer that also includes Marc-Andre Fleury, Jack Campbell, and Braden Holtby, among others.

Edmonton is expected to enter the offseason with just over $7 million in cap space with eight forwards, one defenceman, and, potentially, one goaltender to sign, according to CapFriendly. Evolving Hockey projects Husso to earn $4.962 million per season on a four-year deal.