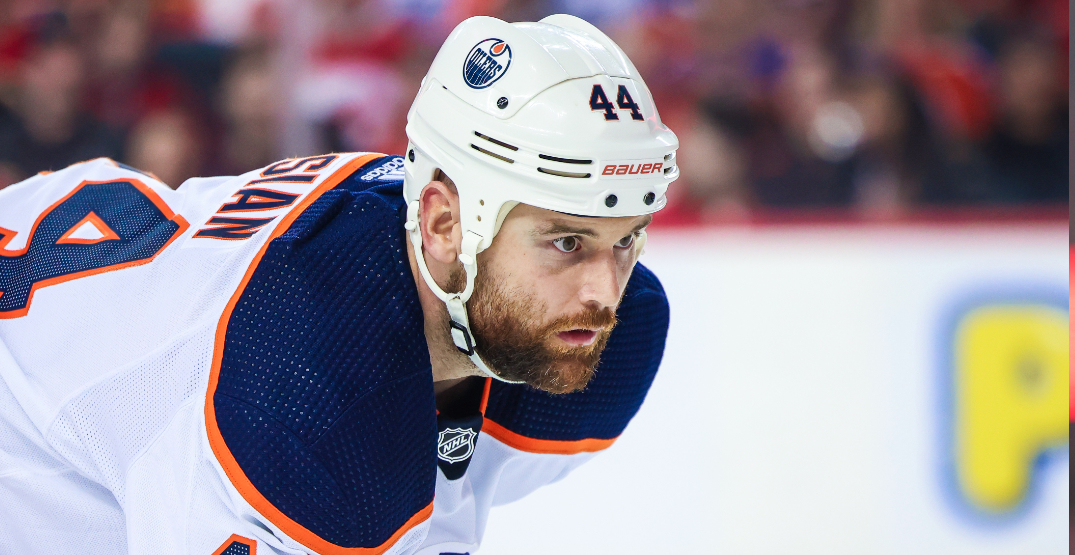 The reality is the Edmonton Oilers just can’t run it back with the same 14 forwards, seven defencemen, and two goalies that helped the club into the Western Conference Final for the first time in 17 years.

It just doesn’t work that way.

And with the cap-strapped Oilers looking to push themselves back to the heights enjoyed in the 2021-22 season, there are some casualties coming.

“The team we just had we can’t keep together because of the salary cap,” Edmonton general manager Ken Holland said in his end-of-season address a few weeks back. “It’s the cap world. I’m going to try and make the team the best that I can.”

That, however, requires cap space. And the Oilers aren’t long on it.

Edmonton is projected to have just over $7 million available, according to CapFriendly, with an additional bit of relief coming via injured blueliner Oscar Klefbom and his $4 million salary.

Forward Zack Kassian could be the casualty the Oilers have to sacrifice to create some more breathing room.

Kassian, who had just nine points (six goals, three assists) in 45 regular-season skates this past season, has two years remaining on a contract that’ll pay him $3.2 million before hitting unrestricted free agency.

So much so that Kassian tops NHL insider Frank Seravalli’s list of buyout candidates.

“The Oilers are on the hunt for salary cap flexibility this summer and buying out Kassian likely represents the easiest path to clearing $2.5 million off the books for next season,” Seravalli wrote Monday. “Yes, there is the following season’s $1.87 million hit that makes it a little bit less palatable, but that feels like a problem to be dealt with then.”

The Oilers are currently already eating buyout penalties on James Neal, a $1,916,667 mark through 2024-25, and Andrej Sekera, a $1.5 million charge that comes off the books at the end of next season.

Another option to unload Kassian, who had four points (two goals, two assists) in 16 playoff games, would be retain a portion of his salary and option him off to a cap-hungry team like the Buffalo Sabres or Arizona Coyotes, however a trade to take a termed Kassian would require Edmonton to give up a healthy draft pick, an asset the Oilers would likely rather retain.

Edmonton is also still eating $750,000 of Milan Lucic’s contract with the Calgary Flames.

“No team wants ‘dead cap’ money on the books, but Kassian’s contract might prove difficult to move and Edmonton isn’t overflowing with assets to spend to do it,” Seravalli speculated.

Regardless of route, the Oilers need to free up cap space to retain the likes of restricted free agent forwards Jesse Puljujarvi, Kailer Yamamoto, and Ryan McLeod, and, in total, add five forwards, one defenceman, and a starting goaltender to the roster for next season.

Someone is going to be a cap casualty, and all signs point to Kassian.