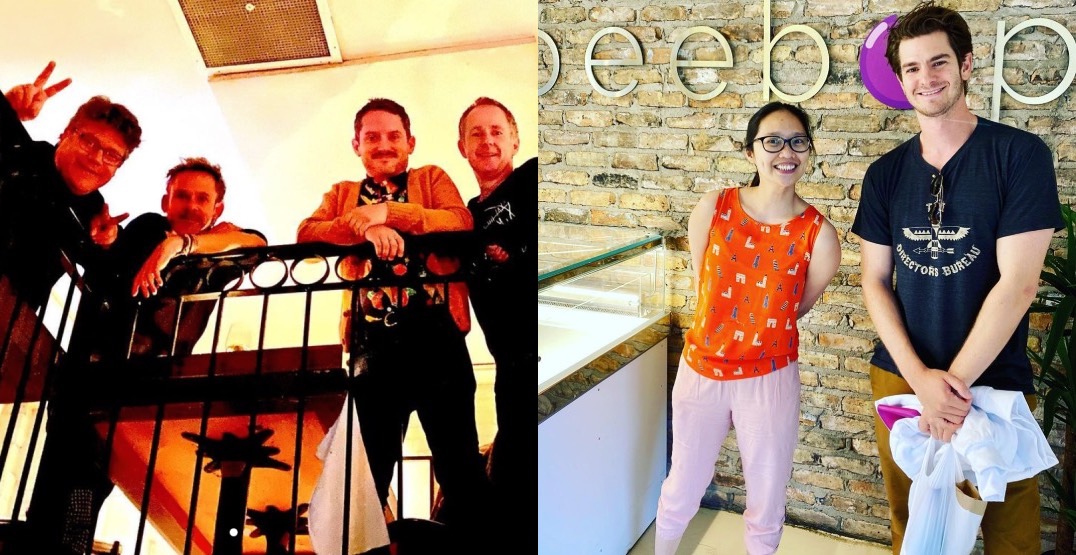 There seem to be more celebrity sightings in Calgary recently than ever before.

It makes sense; with all of the film productions, concerts, and exciting events happening, there will be more famous people around.

With a great dining scene like YYC, there’s also bound to be some shoutouts and celebrity sightings at Calgary’s best spots.

Funny enough, these two were both appearing on an episode of The Late Late Show with James Corden in April, promoting different projects filmed in Calgary.

They then started talking about their experience and brought up a popular restaurant on 17th Avenue.

Canadian pop star and So You Think You Can Dance finalist Tate McRae was spotted at 17th Avenue’s newest cocktail bar at the end of April.

“The beautiful & Talented @tatemcrae gave us a visit!!” nueyyc posted to Instagram. “Congratulations on the new album #iusedtothinkicouldfly.”

McRae, who was once called a “gift from God” by Paula Abdul, was likely taking some time off to celebrate her new album. She was also about to go on tour in the United Kingdom, Australia, and the United States.

The second time Model Milk has appeared on this list! What a celeb hot spot.

In April, an iconic photo was taken when all four main hobbits from the Lord of the Rings Trilogy of movies were spotted in Calgary.

Elijah Wood (Frodo), Sean Astin (Sam), Billy Boyd (Pippin), and Dominic Monaghan (Merry) had a meal together, and it was definitely one for the fans.

The four attended the 2022 Calgary Comic and Entertainment Expo, not too far from the popular restaurant.

Garfield was in the city to film the first season of Under the Banner of Heaven, a new miniseries from FX Productions and Imagine Entertainment.

Garfield has been on a tremendous run lately, especially with his return as Spider-Man and his leading performance in the Academy Award-nominated Tick, Tick, Boom. It was one of Calgary’s most exciting celebrity sightings in a while.

The music icon, known for hits like Schools Out, Poison, and No More Mr. Nice Guy, popped into Buffo Ristorante for a meal in April 2022.

Cooper ordered the Seafood Arrabbiata, easy on the spice, and Diet Coke. He then graciously took photos with some of the members of staff who were on shift.

He was in town for his show at the WinSport Arena at Canada Olympic Park.