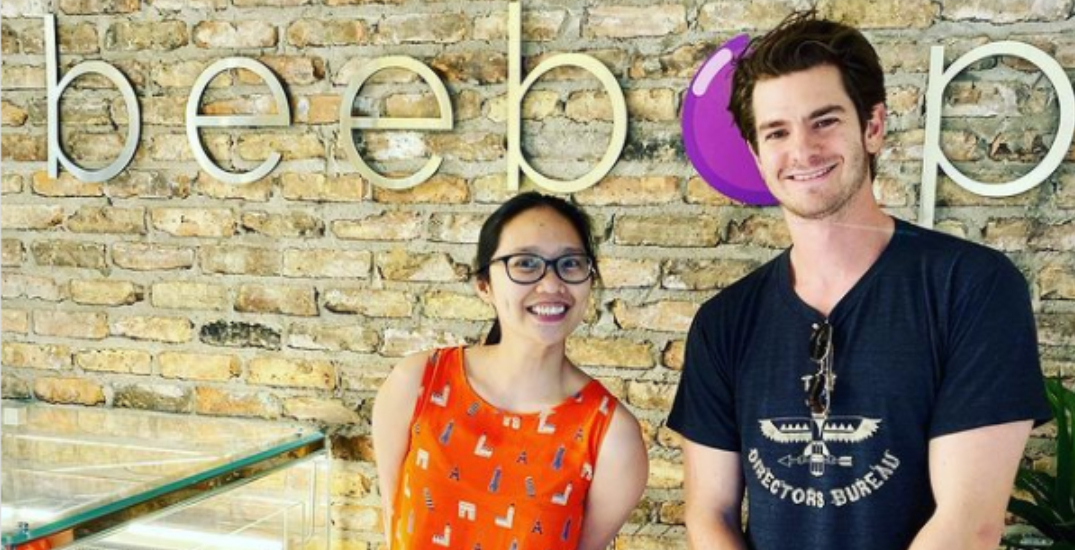 Spiderman is in Calgary.

Actor Andrew Garfield was spotted picking up a sweet treat from a Calgary donut shop on Friday afternoon.

Beebop Doughnut, located in unit 1 at 2015 4 Street Southwest, shared a photo on social media of the Spiderman star smiling alongside a staff member.

Garfield is in the city to film the first season of Under the Banner of Heaven, a new miniseries from FX Productions and Imagine Entertainment.

The Ron Howard-produced series is based on the true crime novel of the same name by Jon Krakauer.

According to ACTRA Alberta, filming is set to begin on August 16 and should wrap by December 3, so you’ve got a few more months to spot Spiderman in the city.