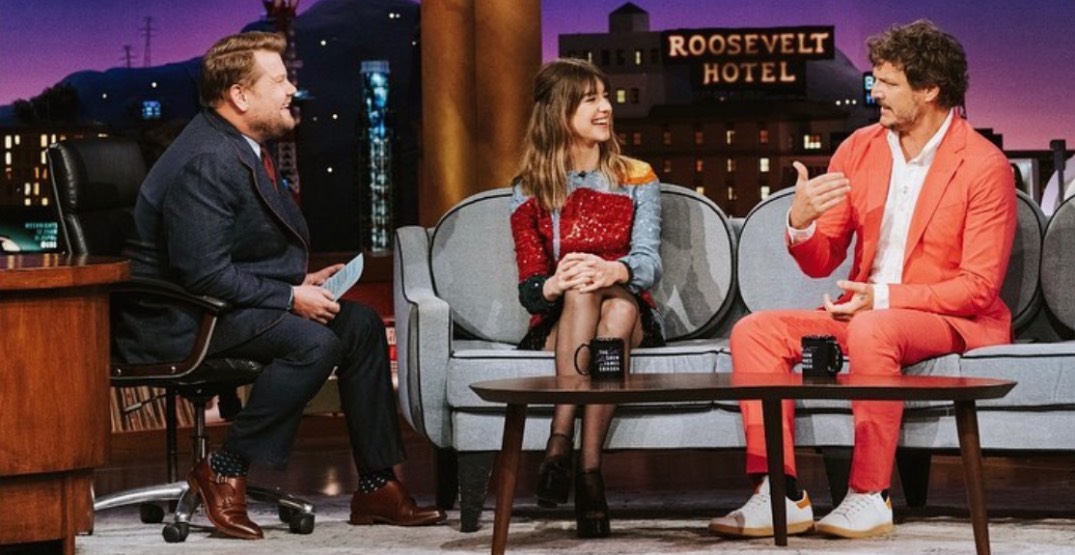 Daisy Edgar-Jones and Pedro Pascal just gave a massive shout-out to one of the best restaurants in Calgary — Model Milk.

Daisy Edgar-Jones (Normal People) spent some time in Calgary for her upcoming drama Under the Banner of Heaven, while Pedro Pascal is still all over Alberta shooting the highly anticipated series The Last of Us from HBO.

It just so happens that on a recent episode of The Late Late Show with James Corden, the two were both on together, promoting their different projects.

The two started talking about seeing the northern lights, and they also found out they had spent some time in YYC.

“Oh my God,” said Edgar-Jones. “Have you been to Model Milk?”

It was a very cool and random shout-out on a huge late-night show and one we have to agree with.

Daisy Edgar-Jones has been on the rise ever since she collectively broke all of our hearts as Marianne in the Irish romantic drama Normal People.

Pedro Pascal has been a major celebrity for a while now, starring as the titular Mandalorian and so many other popular projects, like Narcos, Game of Thrones, and Wonder Woman 1984.

Pascal also talked about seeing the northern lights for the first time on a car ride from Calgary to Edmonton.

“It was full Spielberg, like green across the whole…it was one of the most beautiful things I’d ever seen,” said Pascal on the late-night talk show.

We’re excited to see Daisy Edgar-Jones and Pedro Pascal on our TVs as soon as possible and, hopefully, try to see some familiar locations.

Check out Model Milk if you haven’t already, and eat like the stars!