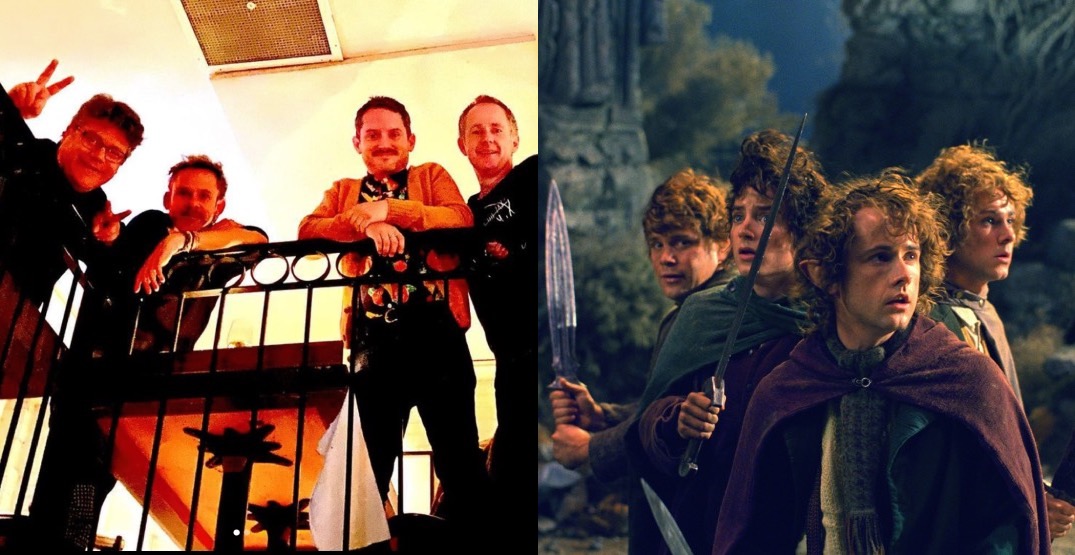 This week, an iconic photo was taken when all four of the main hobbits from the Lord of the Rings Trilogy of movies were spotted in Calgary.

The four of them attended the 2022 Calgary Comic and Entertainment Expo, not too far from the popular restaurant.

“It was a pleasure to host you and the squad!” Model Milk commented on the post by Dominic Monaghan.

Another member of the fellowship of the ring commented on the post, and it was none other than Legolas himself, simply putting up three emojis.

There’s no word what the four ordered for food, but we can only imagine it was probably something like a second breakfast, elevenses, luncheon, or afternoon tea.

“Potatoes! Boil ’em, mash ’em, stick ’em in a stew,” may have been requested, but we cannot confirm.

Ten months ago, on a podcast episode of An Unexpected Guest, Monaghan asked Wood and Boyd, “When was the last time we were all in the same room together?”

To which Wood replied, “It’s been a long time. Has it been like eight years?”

The three of them eventually agreed it had been about five years since they had been together, and so with the addition of Astin, this may have been a genuinely iconic reunion.

This comes just a week after the restaurant was shouted on the Late Late Show.

It sure seems like Model Milk is becoming quite the celebrity hot spot these days!

Check out Model Milk, if you haven’t already, and eat as hobbits do!