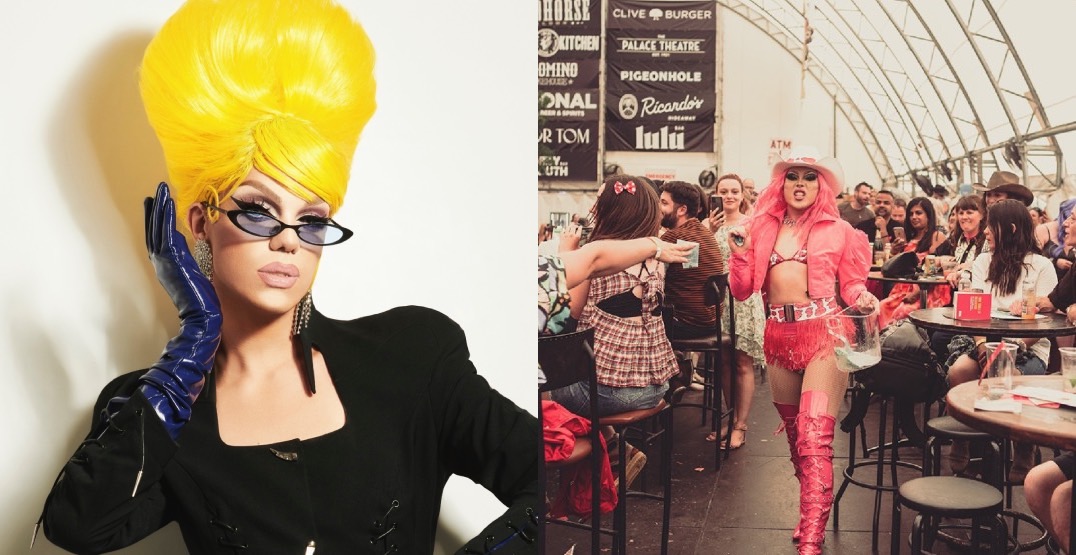 Drag brunches are an absolute blast, with live performances, boozy drinks, and plates of breakfast, if you’ve never been to one then now is the chance.

They seem like a perfect fit for the Stampede and there will be parties you won’t want to miss out on.

Sure to be a loud, fun, and hilarious time, this drag brunch will have table service between performances (the amazing Nearah Nuff and friends), drinks, a food truck, and more.

Hosted by Emperor Dion Boink Sanoir, this is bound to be one of Calgary’s hottest drag shows. This drag show will have 50/50 tickets, a high-valued silent auction, and the best Southern-style brunch in town.

That Don’t Impress Me Brunch

The Outlier is a new tent at this year’s Stampede, and there are a ton of events it’s hosting to look forward to. This drag brunch is on a Sunday, with live performances, vocals, and of course, brunch.

Hosted by local queen “G-ma” Mr. Terri Stevens, and performances by nine others, this massive brunch inside the beer tent will have beats and drinks all afternoon.

Drag Me To Brunch

This legendary brunch will feature the incredible talent of many of YYC’s local drag artists, like Farrah Nuff, Angelina Starchild, Felicia Bonée, and Gemma Nye.

There will also be several RuPaul’s Drag Race legends performing, including meet and greet options with many of them.

The first-ever Calgary Stampede Drag Brunch was just announced for this year’s Midway and the performances will be stunning.

This boozy and fun-filled brunch is happening on Sunday, July 17, at Nashville North.

Headlined and hosted by Nicky Doll (and co-hosted by Karla Marx), this is a glamorous event you won’t want to miss. Nicky Doll is a famous French drag queen based in New York City who rose in popularity after competing on RuPaul’s Drag Race.