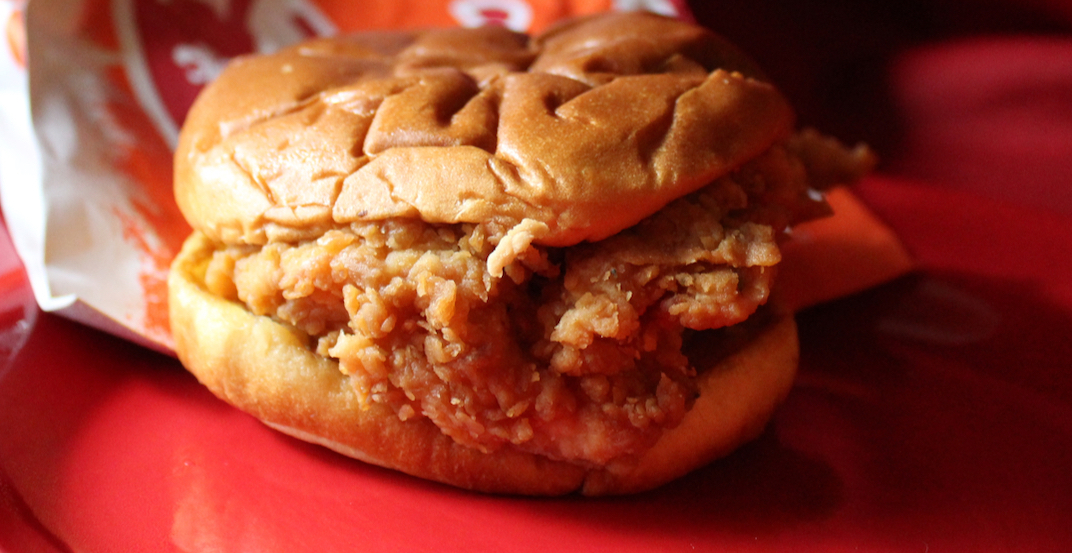 Chicken is bland. On its own, it’s one of the least flavourful proteins on the planet. But dredge it in coating and fry that sucker up, and chicken is suddenly one of the most delicious meats in the world.

The ironic thing about the chicken sandwich is everything that makes it great has nothing to do with the chicken itself; it’s the spice blend, it’s the breading, and the perfect combination of bun-to-patty ratio that makes it all worthwhile.

By now, most fast food chains capitalized on the chicken craze, with plenty offering some form of a breaded chicken sandwich on their menu. When a chicken sandwich is good … it’s divine. But when it’s bad, it makes you question your life choices.

Here are some chicken sandwiches to avoid, and others you should go out and get immediately.

Dairy Queen didn’t fare well on our burger rankings list and unfortunately, their chicken sandwich offering isn’t that much better. To be honest, if you’re getting chicken at Dairy Queen, go with one of the chicken finger baskets instead of the sandwich.

Harvey’s makes a fine burger, there’s no question there. But any time you order a chicken sandwich at this establishment, you’re rolling the dice. It seems to be either “volcano-lava-hot from the fryer” or “12-hour-ruminating-under-a-heat-lamp” temperature.

Like many of the chains on this list, most people aren’t going to these restaurants specifically for the chicken. They’re ordering it if they’re dragged there by somebody else or there isn’t anything else appetizing on the menu.

The common response here is: “Arby’s has a chicken sandwich?” They do, but few are flocking to Arby’s to pick one of these up. It’s your standard chicken sandwich; nothing special, nothing particularly horrible about it.

They might take some flack for their flattened-football-shaped chicken patty, but Burger King makes a respectable chicken sandwich. This is quite a polarizing option as many swear by this sandwich, while others won’t touch it with a ten-foot pole. Tread lightly as you’ll know by the first few bites whether you like BK’s interpretation of a chicken sandwich.

I hate to be the bearer of bad news, but McDonald’s chicken is nothing to write home about. The McNuggets are fine and most people could devour a dozen without blinking an eye. After years as a devoted McChicken fanatic, I’ve seen the light. The McChicken is only incrementally better than the frozen chicken patty you can buy at the grocery store.

Here’s a McDonald’s chicken hack; order two junior chicken sandwiches (which costs less than ordering a McChicken sandwich), double up the patties on one bun and call it a day.

KFC had a stranglehold on the chicken market in Canada for a very long time. Maybe it was their complacency in the market, but there isn’t anything unique about their flagship chicken sandwich, the Big Crunch.

To their credit, the sandwich lives up to its name, but it’s almost too crunchy, which makes the sandwich extremely dry. Sometimes they try to make up for it by dousing it in mayo, which only creates a saucy, crunchy mess.

Our American neighbours are entrenched in a war of the chicken sandwich titans; a battle between Chick-fil-A and Popeyes. After running out of sandwiches for several months last fall, Popeye’s announced their beloved chicken sandwich would return.

Popeyes’ spicy chicken isn’t available right now in Canada just yet, but they have a few chicken sammies on their Canadian menu that are great. You might not think these sandwiches are as delectable as their American counterparts, but it’s a solid go-to option when you’re craving some fried chicken.

If it’s a spicy chicken you’re after, Popeyes has the spiciest option on this list…even though it’s just a spicy sauce and not baked right into the chicken patty. Popeyes’ fatal flaw with this chicken is that the patty’s a little too big, which causes the coating to flake off about mid-way through the sandwich. That means you’re left eating a naked chicken sandwich, which isn’t fun for anybody.

A&W has a reputation for their burger family, but don’t sleep on their chicken sandwich (not literally — that would be weird and would ruin a decent chicken sandwich.) The Chubby Chicken sandwich is where it’s at; the iceberg lettuce is crisp, the bun is lightly toasted, and the chicken flavour is on-point.

If there’s a slight nitpick against A&W (and with most restaurants on this list), the bun-to-chicken ratio is a little out of whack. If you prefer to scrap the bun entirely, you can request a protein-style chicken sandwich and they’ll nix the bun and wrap it in lettuce.

Y’all out here fighting about which of these fools has the second best chicken sandwich. pic.twitter.com/4v9RJFgy0T

Credit to Wendy’s for being one of the true OG chicken sandwich places after all these years. The spicy chicken sandwich has been a staple on their menu for decades, and for good reason; it’s damn delicious.

Wendy’s is one of the few places that has their spices baked right into the crust of the chicken and doesn’t impart the heat through a “spicy sauce” instead. That extra step gives Wendy’s spicy chicken a different flavour than any other patty on this list.

The “spicy” name is a bit of a misnomer as it’s tame on the heat level, but it’s the bridesmaid when it comes to Canada’s best fast food chicken sandwich. Which belongs to…

Mary Brown’s is the holy grail of fast food chicken in this country, a dark horse if you will. For a moment, let’s put aside the fact that they have one of the best fast food sides in Canada with their taters. Mary Brown’s chicken sandwich is second-to-none.

Since there’s only a handful of Chick-fil-A restaurants in Canada at the moment, Mary Brown’s is the closest many of you will come to enjoy a transformative chicken experience.

The blend of spices is beautiful, the breading is nice and crunchy, and the oblong patty lets you know this sandwich is made with real, genuine chicken. Hands down, Mary Brown’s has the best chicken sandwich in Canada.