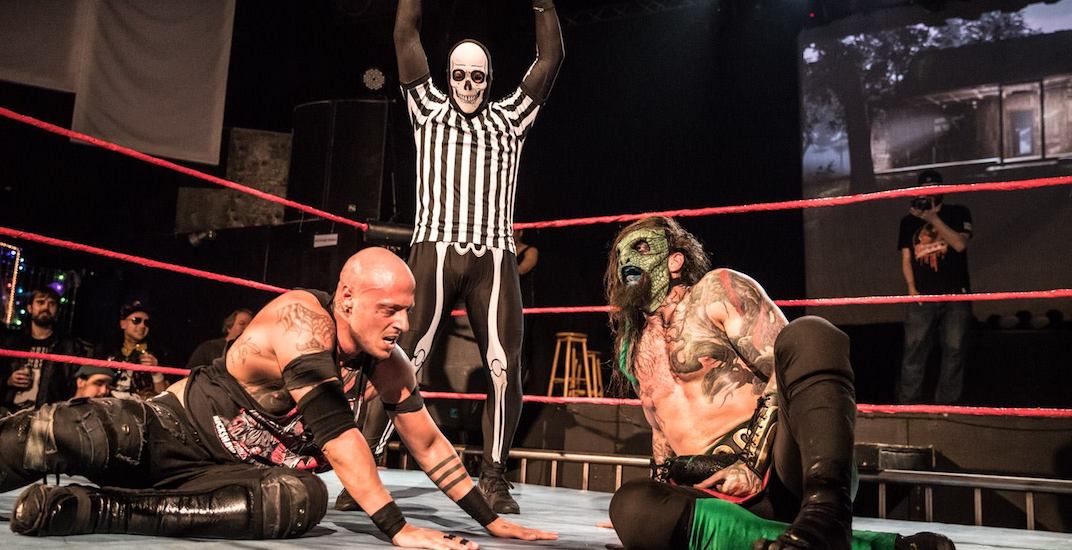 Welcome to the first weekend of October, everyone! Enjoy your Friday, October 4, Saturday, October 5, and Sunday, October 6 with these 27 things to do in Vancouver. Variety Week Wrap Party, Tegan and Sara, and more.

What: Children’s charity Variety BC is bringing a 60-ft-tall Ferris wheel to Sunset Beach on Friday, October 4 to mark the conclusion of Variety Week. The public can ride the attraction by an optional donation towards the charity. The Wrap Party will also feature carnival attractions, live music, concessions, and the “Club Heartly Kids Korner”. Presenting sponsor Accent Inns who will have non-stop family activities and The Gaming Stadium will host an interactive esports experience for videogame fans.

The Women of Comedy 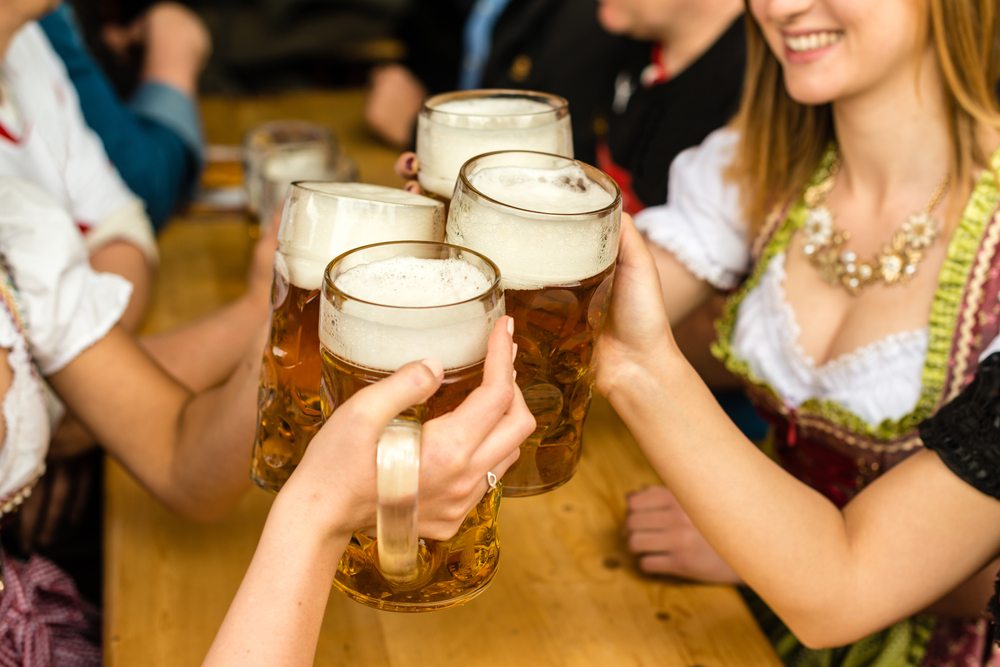 What: Head to Vancouver Alpen Club for Oktoberfest “Das Original.” There will be German food, beer, and live music to enjoy on three weekends.

What: Fright Nights are returning to Playland this October, bringing hauntings, horror, and hair-raising rides to Vancouver for another year.

What: Dancing Lessons tells the story of a geophysics professor with Asperger’s syndrome who asks a Broadway dancer to teach him how to dance for an awards dinner. However, the dancer is recovering from an injury that may permanently end her dancing career. As their relationship develops, both are caught off guard by what they learn about themselves and each other. Presented by Naked Goddess Productions.

The Horror on Hastings II – A Rickshaw Wrestling Presentation 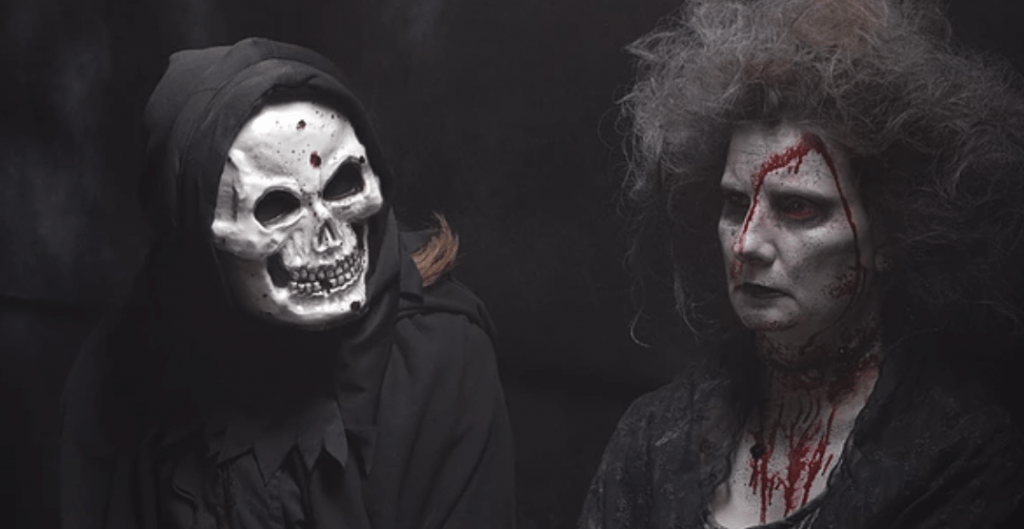 What: Every fall, Potter’s House and Nursery in Surrey transforms into Potter’s House of Horrors, as it converts its grounds from an enjoyable, plant-filled garden centre into a maze of terror filled with the latest animatronics, digital sounds, high-tech scares and trained actors. The 17th year of the Potter’s House of Horrors includes attractions Death Valley Motor Inn, Devil’s Descent, Li’l Haunters, Escape from Incineration Escape room, Haunted Photo Booth, Xtreme Paintball Haunted Shootout, Creeps Concession, and The Last Ride.

Partial proceeds of the event go to the Critter Care Wildlife Society. In addition, Potter’s House of Horrors is proud to support the Surrey Food Bank and will be accepting non-perishable food donations onsite.

What: Welcome the fall with a little taste of the German tradition of Oktoberfest with River District’s Octoberfestival. Enjoy an afternoon of live entertainment and fun activities at the River District Neighbourhood Centre. The Rheinlander Oompah Pah band and the Carnival Band will be playing, Science World will showcase exciting fall- themed demonstrations courtesy of TD Bank’s Play Grant, plus there will be balloon twisting and more. 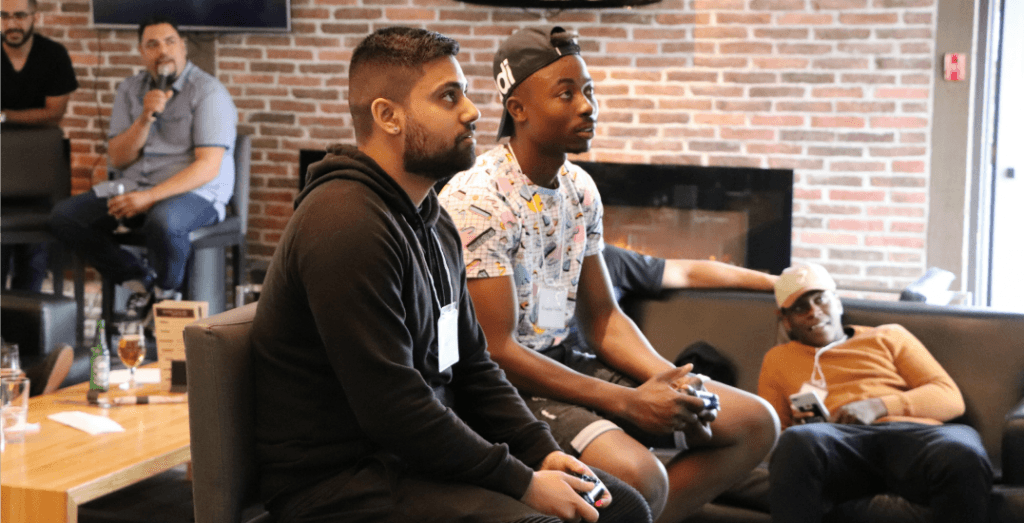 What:  On Saturday, October 5 the Lvle Up Tournament Series is coming to Vancouver at the JW Marriott Parq Vancouver. The NHL 19 and FIFA 19 tournaments are open to all ages and skill levels.

What: Grammy-nominated rapper Logic will be coming to Vancouver this fall as part of his “The Confessions of a Dangerous Mind Tour”. Featuring special guests J.I.D. and YBN Cordae.

The multi-platinum artist is best known for the song 1-800-273-8255 (National Suicide Prevention Lifeline) which featured Alessia Cara and Khalid. His most recent release, Homicide, featuring Eminem, also made its debut at number one on the Spotify US charts upon release.

What: The World of Dance Live Tour features the best dancers from across all genres of dance,  incorporating both local and national talent. You’ll get to experience the same thrill and excitement that you do when watching the show on television but you’ll be right in the audience.

The tour will feature season three winning dance group The Kings and will be stopping in nine Canadian cities. Fans have the chance to purchase ticket packages that include a special meet and greet as well as autographs sessions. 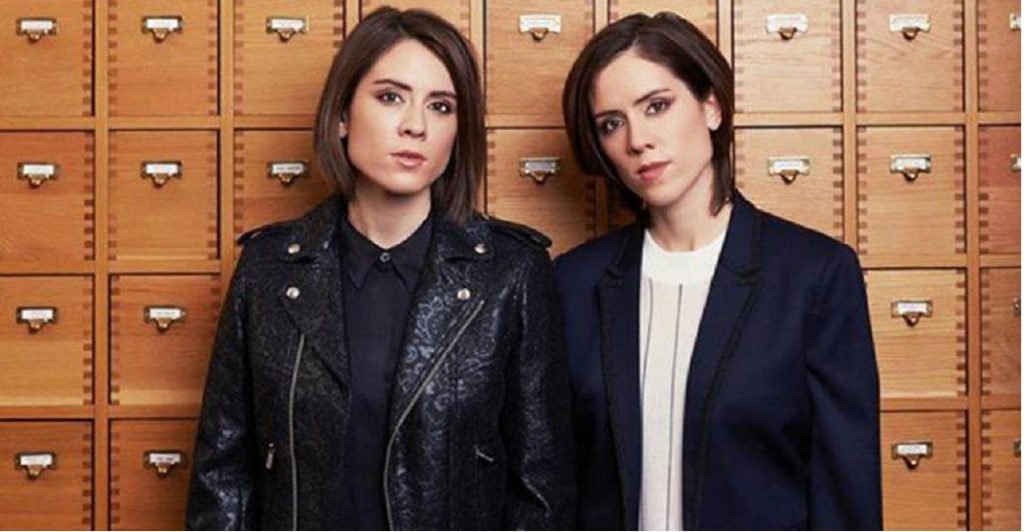 What: ​The Steveston Heritage Experience leads you back in time on an interactive walking tour, stopping at four celebrated historic attractions—Britannia Shipyards National Historic Site, the Steveston Tram, the Steveston Museum, and the Gulf of Georgia Cannery National Historic Site. Along the way, you’ll hear eye-opening tales of yesteryear village life, as told by a chatty local who seems to have just stepped from the streets of 1914. Carefully chosen food and beverage tastings will also be served, offering a taste of life back in 1914—culminating with a popular dish of that day (and today), delicious seafood chowder from local favourite Pajo’s, along with a craft brew from Steveston’s Britannia Brewing.

What: Diwali Downtown welcomes thousands of attendees from all backgrounds for a South Asian cultural celebration of contemporary and classical Indian culture. This year’s event includes an Indian style bazaar with crafts, music and dance performances, and more

What: The BC Lions take on the Toronto Argonauts at BC Place.

What: Enjoy four house-brewed German-style beers, along with a few special surprises. While this shindig featuring beer and pretzels is a FREE all-day event, you can guarantee your spot by purchasing tickets for the festivities early.

When: October 5, 2019
Time: 12 to 10 pm
Where: Another Beer Co – 30 Capilano Way Unit 11, New Westminster
Admission: Free with the option of purchasing tickets online 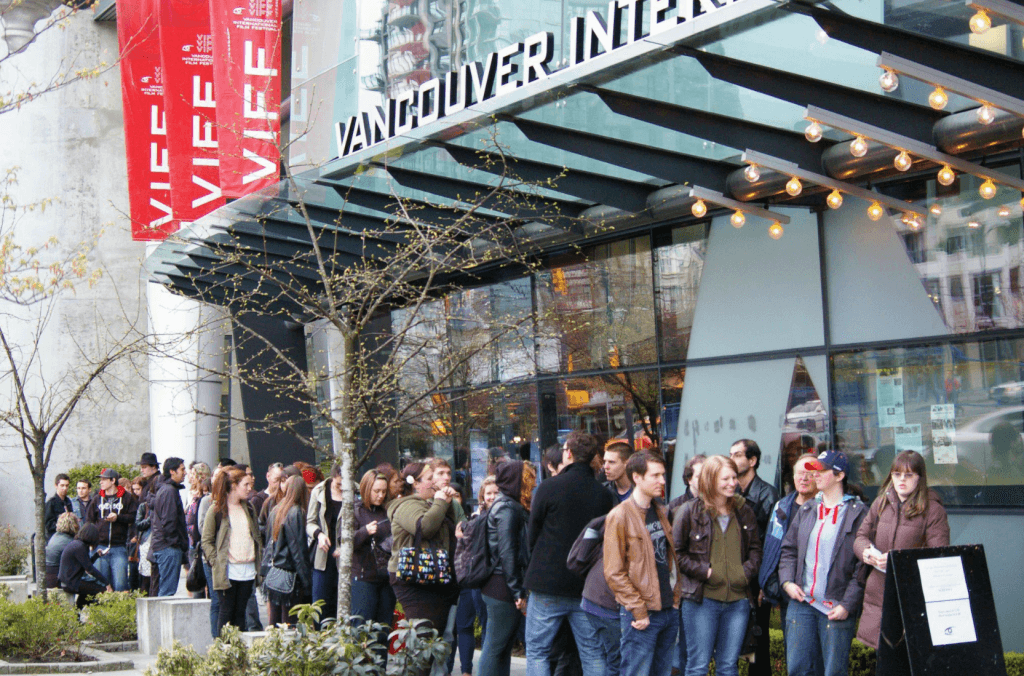 What: Vancouverites have the opportunity to inject some TLC into their home interior by purchasing timeless, high-quality pieces. Local contemporary furniture wholesaler Mobital is hosting an exclusive warehouse sale from Friday, October 4 to Sunday, October 6 with 50 per cent or more off one-of-a-kind samples, floor models, and overstock.

What: Vancouver Whitecaps take on Real Salt Lake in the final game of the MLS season at BC Place. The club is also hosting Fan Appreciation Day, with the first 1,500 fans entering the stadium receiving a free Whitecaps FC baseball cap, thanks to CDW. The hats will be given out at Gates A, H and C.

Team-signed balls will be given away to lucky fans by players and coaches, and Bell Box e-Soccer winner Suraj Varma will face off with Whitecaps FC e-MLS player, Erfan Hosseini, in a halftime FIFA match on the videoboard. The game will also showcase 100 Youth Season Ticket Members taking on two Whitecaps FC players in a 100 versus 2 match at halftime.

What: The Cannery Farmers’ Market is Steveston’s indoor winter market, held at the Gulf of Georgia Cannery National Historic Site. This unique market features local food and artisan merchants, as well as live entertainment, inside a historic cannery setting. Admission to the museum is free on market days.

What: PADS invites everyone to come celebrate the 2019 Graduation of their assistance dog teams. There will be a ceremony, Puppy Parade and more, plus a reception.

Opera On A Sunday Afternoon: Baroque to Verismo – Italian Opera through the Ages

What: Opera on a Sunday Afternoon by Burnaby Lyric Opera starts their new season on October 6 with a performance by operatic soprano Chloé Hurst and pianist Perri Lo. 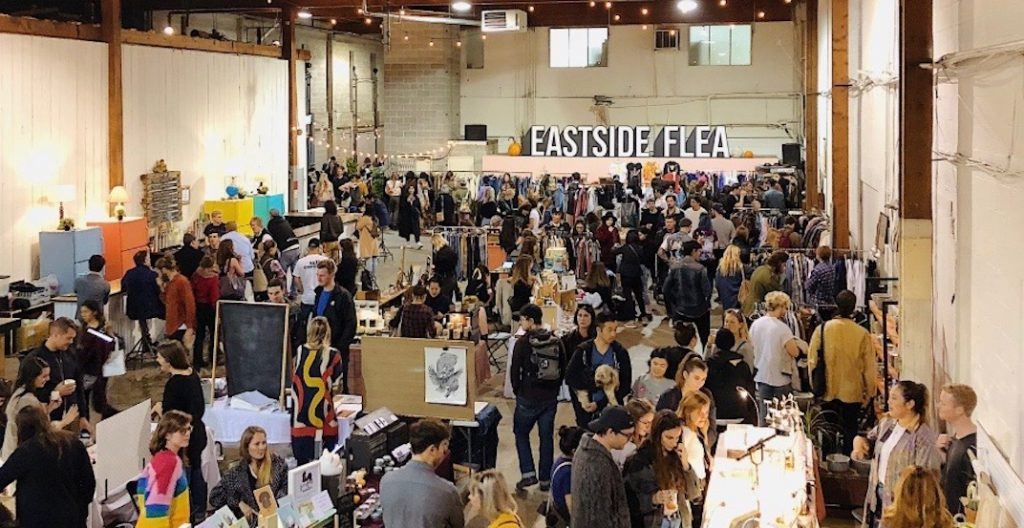 What: Bells & Whistles will be transforming into a Bavarian-inspired beer hall for over two weeks of beer-fueled celebration. Menu specials like warm pretzels with tangy honey mustard, currywurst, an Oktoberfest platter, and a custom-created Foothills Creamery soft-serve dessert will all be up for order. This Wünderbar ‘Oktobeerfest’ Pop-Up will also feature some classic German beer styles from local brewers.

What: Visitors will be able to check out a pumpkin patch, as well as farm animals, an artisan market, local food vendors, and free swimming, gymnastics, and skating. PumpkinFest will also be hosting a “Home & Harvest” competition, allowing locals to showcase their award-winning baking, veggies, pies, art, photography, and other pieces of work.