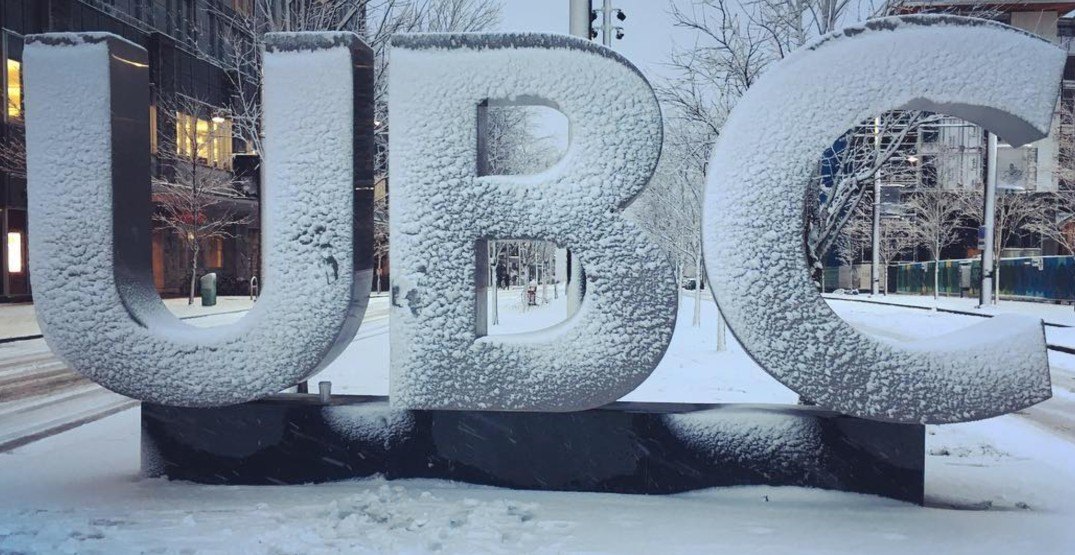 If you’re a student worried about that assignment being due today you can breathe a little easier because SFU, UBC, and BCIT have announced that classes are cancelled due to the snow.

Due to severe winter conditions across the Lower Mainland, all BCIT campuses are CLOSED today, January 15. All classes are cancelled – including full and part-time classes. Continue to stay safe out there! @NEWS1130 @GlobalBC @CTV #snowday pic.twitter.com/W1xRRqH4Ge

Other post-secondary institutions that have announced closures and cancellations include:

A full list of school closures around Metro Vancouver can be found here.

A snowfall warning remains in effect for the region as total amounts of 10 to 15 cm are expected.