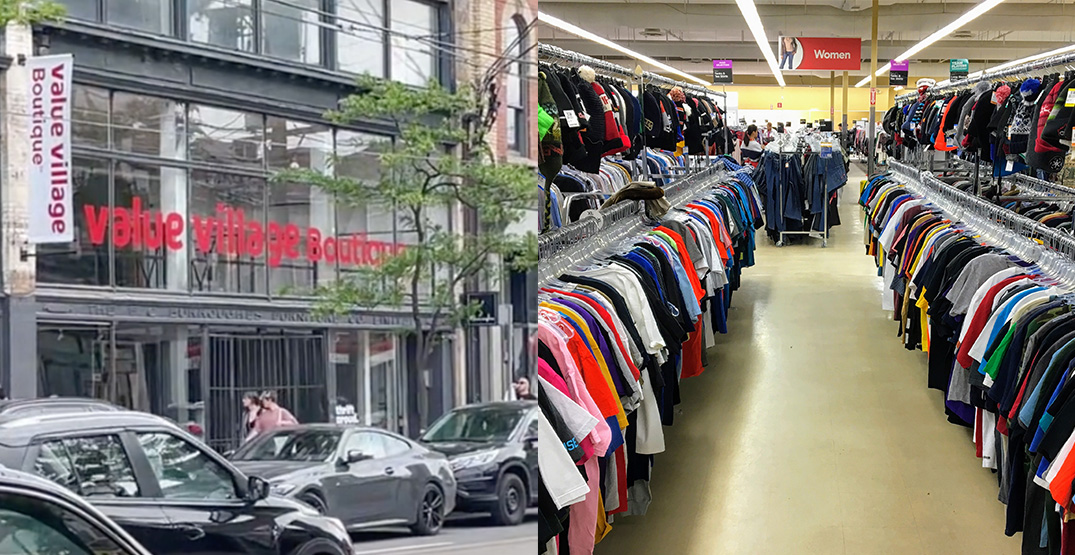 Value Village has been causing quite a stir lately.

The for-profit secondhand store has made headlines for questionable pricing on empty wine bottles, repricing items for being “priced too low”, and being a treasure trove for $3 designer handbags.

Well, it seems like the thrift store chain is looking to capitalize on the goldmine of brand name items that are donated to their stores.

A TikTok posted by @thelillypadgirl on Sunday gave people a glimpse at a new Value Village location in Toronto. The difference between this and its other stores is that it has the word “boutique” in its name.

“Ok but, why is there a Value Village Boutique being opened at Queen and Bathurst?” @thelillypadgirl says in the video. “Like what does that even mean?”

The video has over 100,000 views and hundreds of comments, most of which are bashing the thrift shop chain for the move.

“I thought I was already paying boutique prices in their regular stores,” user @itsnadialuna commented.

Value Village has been known to have sometimes crazy pricing for a store that collects secondhand donations. Most recently, Daily Hive found a pair of used boots going for $299 at a location in BC.

“So, they’re gonna find all their brand name pieces and sell them there so they can make even more money off donated clothes?😭” another TikTok user commented.

Others pointed out that this may be a way the company is trying to compete with vintage resellers on popular sites like Depop.

“It means that they got sick of vintage fashion stores and resellers emptying out their stores and rinsing people when they could be doing it themselves,” another user chimed in.

Others compared the new store to a coffee chain in Toronto that received backlash for its “anti-capitalist” branding.

Daily Hive has reached out to Value Village for more details on the boutique. So far, there’s no information online about what kinds of items it will be selling and for how much. There are no details on its opening date either.

Based on the TikTok, it looks like the specific location of the store is the building next to furniture store CB2 on Queen and Bathurst.

“They went from Robin Hood to robbing the hood lmao” user @6buzz_jordan commented.

“Someone on their marketing team is going to get absolutely roasted,” added another commenter.

The news is already making its way to Twitter.

Now why is value village making a boutique??

Would you shop at Value Village Boutique?