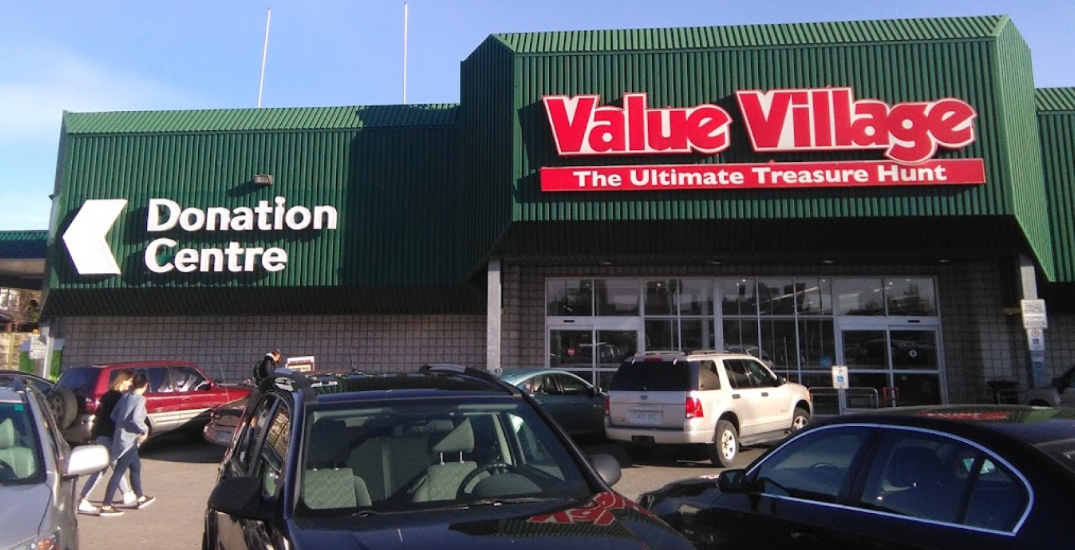 A Toronto-based shopper took to Facebook last week to air out a “crappy” shopping experience she had at a location of the for-profit thrift store chain, Value Village.

The customer posted on a private Facebook group with nearly 23,000 members that on two occasions, cashiers at the Bloor and Lansdowne Value Village location attempted to hike up the price of items when she was checking out. She said they examined the items and determined they were priced too low.

Many group members replied to the post saying they’ve had similar experiences at Value Village and other thrift stores. Others debated on whether this practice is legal at all.

Daily Hive reached out to the customer to get the full scoop. She would like to remain anonymous and will henceforth be referred to as “Janice” in this article.

In the posted titled “Question about a crappy shopping experience today at Value Village,” Janice details that she found a well-priced jacket for her daughter. It had its original tag and was priced at $89.99, but the Value Village tag had it listed for $17.49.

“When I was cashing out, the cashier was examining the jacket and kept looking at the Value Village tag. She then called another worker over and said ‘can you take this to the back, it’s priced too low,'” reads her post.

After Janice asked what was wrong, the cashier said they had priced the item too low and was asking another staff member to change the price tag to be a higher price. The shopper was flabbergasted, and even more shocked when she found out the cashier was actually a store supervisor.

“I told [the supervisor] that it isn’t my problem that one of her employees priced it too low in her mind — that you can’t just arbitrarily change prices if YOUR employee priced it that way. She relented and said, ‘Okay, I’ll keep it at this price this time,'” Janice told the group, adding that she didn’t speak to the manager — only the supervisor.

The post was aimed at asking other shoppers in the group whether Value Village was allowed to do this, compared to other “traditional” or big box stores like Walmart.

Items so nice, they priced them twice

Over Facebook Messenger, Janice told Daily Hive this was the second time something like this had happened to her at the Value Village location. The first time was about a month ago, and the second time was around April 10. She alleged that both times, it was different supervisors cashing her out and she noted down their names.

“The first time I was so shocked, but didn’t say anything because I get intimidated. The second time it happened, I was very upset and knew I had to say something.”

Janice said the supervisor she was dealing with looked at her with suspicion, as though implying that the customer had switched the tag herself to get a lower price on the item.

“I’m pointing this out because I feel like they try to insinuate that something is wrong with the tag in order to change the price to a higher one,” Janice told us. “When I asked [the supervisor] to inspect the tags and tell me what’s wrong with them, she backed down, because she knew these were the prices her staff had tagged the items, and just wanted to price them higher.”

People replying to the Facebook post comprised shoppers, former and current thrift store workers, other retail workers, and even lawyers — all trying to answer whether this move was legal.

Those with thrift store work experience said that ordinarily, supervisors are supposed to go over tagged items to ensure things are priced correctly. If something is underpriced and manages to make it to the register, stores usually honour the tagged price.

How legal is this?

The answer to this question is a bit blurry.

On their website, Competition Bureau Canada (CBC) states that double ticketing is prohibited under the Competition Act.

The action is categorized under deceptive marketing practices. Here’s what the CBC says:

This criminal offence happens when a consumer is charged the higher price between two or more prices clearly expressed in one of the following ways:

According to these guidelines, it’d be illegal to charge a higher price for the item. However, the CBC says that this policy “does not apply when the old price is removed or obscured.”

If you need an example, the CBC says: “If the value of the stock has changed, the price can be removed or obscured so that it is no longer clearly expressed.”

It could be argued that this was the case for the jacket, but Janice maintains the older non-Value Village price — $89.99 — was visible.

A former Value Village employee weighed in on Janice’s post about why the for-profit thrift retailer might not technically need to honour price tags.

“Because the inventory isn’t consistent/advertised, there’s no requirement to honour a tagged price, since there’s no way a customer could’ve travelled to the store to buy a specific item at a specific price,” they said.

Additionally, Value Village is not among the 7,000+ stores that are participating in Canada’s Scanner Price Accuracy Code.

In June 2002, the government of Canada enacted the Scanner Price Accuracy Code —  a voluntary system to ensure scanner price accuracy for consumers.

If an item applicable for the code is scanned incorrectly, a customer “should either be given the item for free, or $10 off the displayed price,” the Retail Council of Canada states.

A look at the list of participating stores confirms that Value Village — also called Savers — does not follow the Scanner Price Accuracy Code. 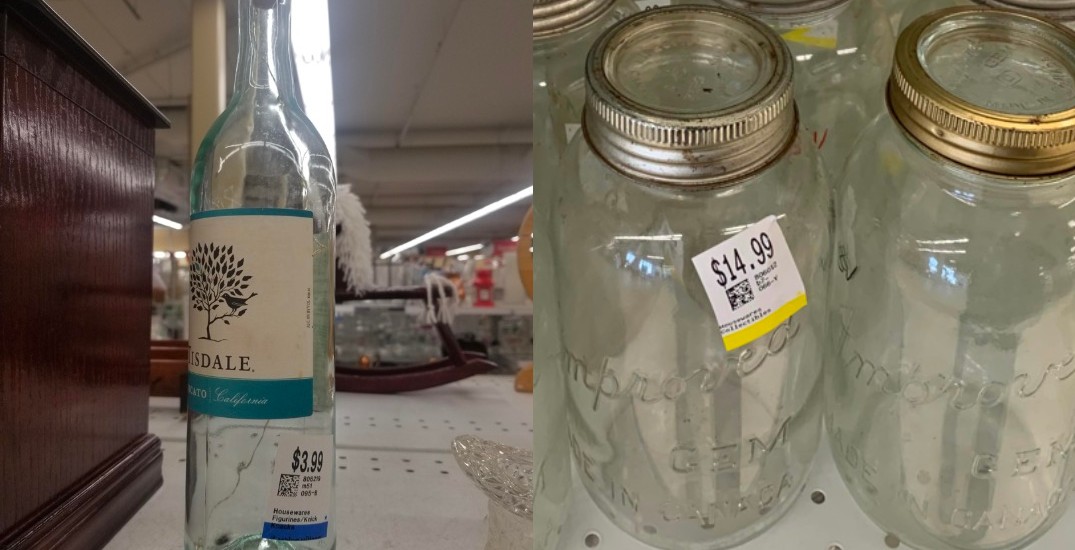 Value Village has come under fire recently for their confusing pricing policies.

Customers have been discussing the rise in their prices on social media, with some making TikTok videos about how unaffordable the thrift chain has become for those who need it most.

Earlier in March, a photo thought to be taken at an Edmonton location of Value Village showed rusty and used mason jars priced at $14.99, causing outrage among thrift shoppers. Another image popped up on Reddit, showing a used wine bottle selling for $3.99 at a Value Village, enraging shoppers.

A petition titled “Value Village needs to be humbled” also surfaced on Change.org last month, criticizing the thrift chain’s pricing. As of the time of publishing, it has 5,281 signatures.

Daily Hive reached out to Value Village for their comments about the case. Their media team said they would get in touch with the store location in question before emailing us a statement.

“Each of our stores price up to 5,000 unique and varied items every single day, and our pricing reflects the quality and condition of the items placed on our sales floors,” said their Director of Marketing and Communications Sara Gaugl.

Gaugl said that Value Village cashiers are not authorized to question a price tag on any item that has been applied by their pricing team.

“We do, however, encourage our customers to speak with a store manager if they feel an item has been inadvertently mis-priced,” she suggested. “In these circumstances, we work hard to make corrections where appropriate.”

Value Village did not provide a case- or store-specific statement.