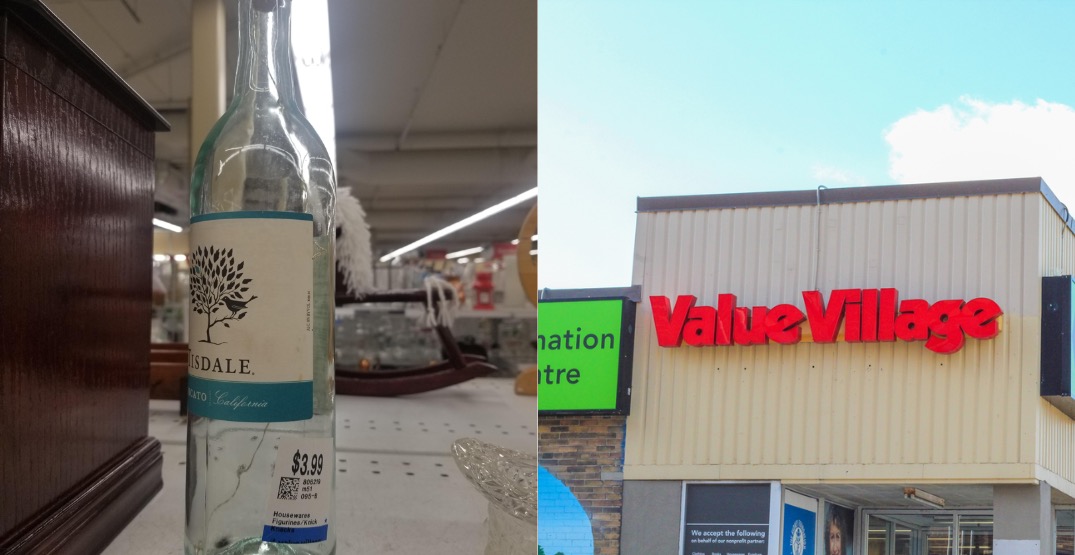 A Reddit post featuring a picture reportedly taken in an Edmonton Value Village of an empty wine bottle priced at $4 has people wondering why.

With the post accumulating dozens of comments, many questioned the affordability of thrift stores and used products when something as simple as an empty wine bottle could be priced at $4.

“Um, it’s not just a wine bottle, it also has a string of fairy lights in it,” wrote one user, with another chiming in, “AND the cork!!”

“It probably has some really great air in it. Vintage air,” wrote another user sarcastically.

“I’ve also seen beer bottle – not collectables, but regular bottles you would return to the beer store. I’ve seen jeans with the original store tags still on them at $11.99 with a VV tag attached to it for $19.99,” wrote another user. “This place is the biggest scam there is.”

The post is reminiscent of other Reddit posts of items found at Value Villages that gave shoppers sticker shock, including used mason jars going for up to $15 a pop. One Vancouver TikToker even called them out on their prices.