Crowds watching fireworks explode in the sky at the Honda Celebration of Light. (Don Manliclic / Instagram)

On the 150th anniversary of Canadian Confederation, it is more than fitting that a Canadian team has been chosen to close the 27th Honda Celebration of Light fireworks festival.

Montreal-based Royal Pyrotechnie, the team that will be staging the third and final show on Saturday, August 5, promises a spectacular and unique performance that has never been seen before at Vancouver’s fireworks competition.

In an interview with Daily Hive, Royal Pyrotechnie president, general manager and artistic director Yanick Roy said his team’s show will run with a ‘Legends of Fire’ theme.

“It’s all about legends,” he said. “We have created four legends, split into four sections, with narration that explains which section, and it’ll be a very nice show.”

This includes a section themed after dragons and a finale with a “general [theme] where people can manage and play with the fire.”

Expect plenty of epic orchestral music, such as music from the 2009 films Sherlock Holmes by Hans Zimmer and Avatar by James Horner. 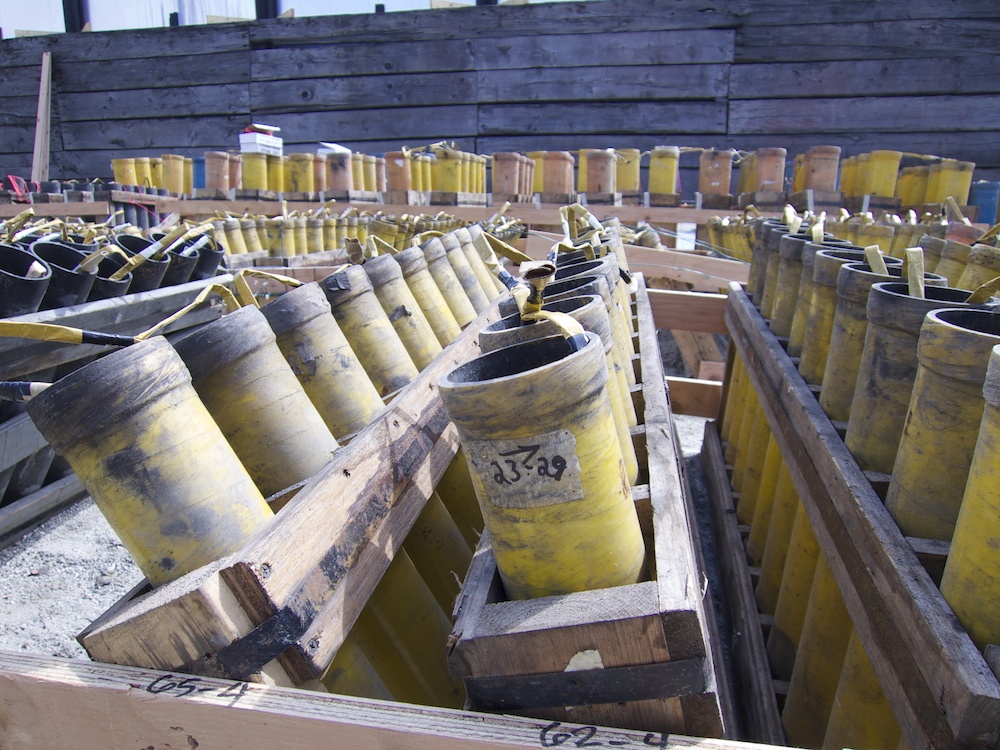 Preparations for the fireworks on the barge in English Bay. (Kenneth Chan / Daily Hive)

Roy was not able to reveal exactly how many fireworks will be shot into the sky, but he says crowds can expect plenty of cakes, nautical effects, high-elevation roman candles, and surprise effects that Vancouverites have never seen.

“The show will be really wide tomorrow, the sky will also be very full… we will create a magical night tomorrow,” he continued.

Although this is Royal Pyrotechnie’s first time participating in the Celebration of Light, the company has a history with fireworks going back more than half a century, having been founded by Roy’s father in 1966. They import fireworks products into Canada and distribute them across the country, as well as producing fireworks shows, and participating in competitions about once a year.

With 19 awards and nine championship titles to date, the company claims it is the most decorated fireworks company in Canada. It is also the only participant to have won the prestigious International des Feux Loto-Quebec competition in Montreal three times.

Besides saving an optimal fireworks viewing spot and enjoying the free concerts, there will be one more reason to head to English Bay early today for the final night of the Honda Celebration of Light.

A spectacular air show by veteran airshow pilots and performers John Mrazek and his son Richard will entertain crowds at the beaches and parks surrounding the bay. They will be flying their Harvard Mark IV and Yakoyley 18T aircrafts, so expect plenty of aerobatic skill, suspense, noise, and trailing smoke.

Mrazek began flying airplanes in 1964 in Czechoslovakia and has been performing in airshows since the early 1980s.

On Saturday, fireworks will begin erupting over the skies of English Bay in downtown Vancouver at 10 pm sharp, and the live simulcast of the soundtrack is available on radio station LG 104.3 FM.

All three shows this year are three minutes longer than normal, bringing the full length of each show up to 28 minutes.

One other major change to this year’s festival is the relocation of the concert stage and festivities that normally occur at Sunset Beach to Second Beach in Stanley Park.

As for the weather on Saturday night, Environment Canada’s latest forecast issued 5 pm Friday expects air quality conditions will drastically improve. A change in wind direction early Saturday morning will cause most of the smoke from the wildfires to dissipate, bringing back blue skies and visibility.

Temperatures will hover at 23°C (26°C with humidity factored) at 10 pm when the fireworks show begins.

The final show each year typically sees the largest crowds – about 500,000 people – given that the date is the last opportunity to see the fireworks and falls on a long weekend. Optimal weather conditions could also boost this show’s crowds, as poor air quality likely deterred some individuals from attending Wednesday’s show.