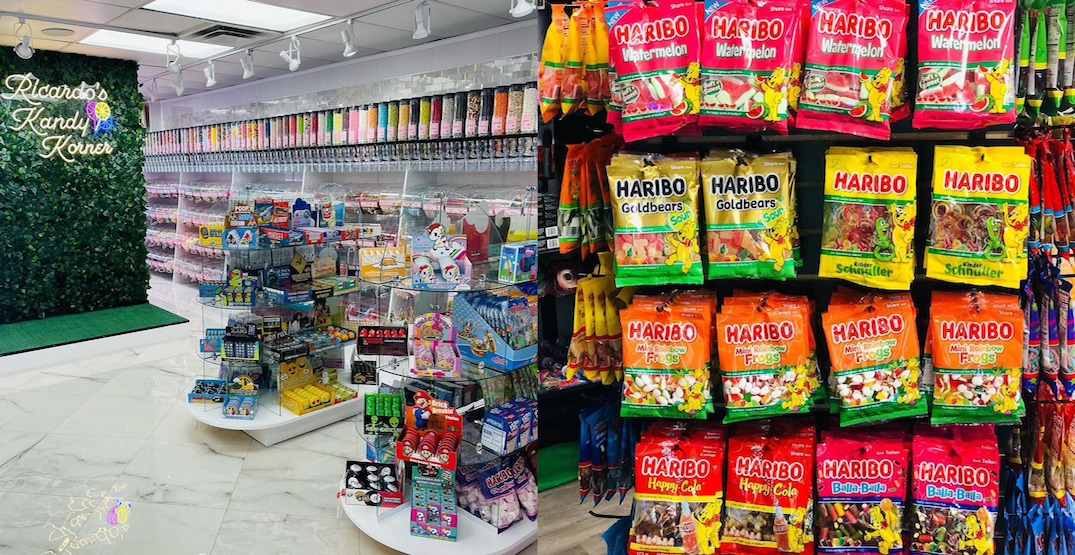 If you live in Vancouver’s Mount Pleasant neighbourhood, you may have noticed a giant billboard installed at Kingsway and 10th for Ricardo’s Kandy Korner.

For the uninitiated, Ricardo’s is a giant candy store with a location in White Rock, just steps from the beach. The shop boasts “BC’s biggest candy store,” and it may actually be true.

Turns out Ricardo’s is expanding into Vancouver proper this summer with a location going in at the Granville strip – meaning you can soon get your candy fix in between club-hopping, clearly.

The shop hasn’t announced an exact address yet, only that it will be across from the Pacific Centre Mall.

The original location in White Rock sells hard-to-find and nostalgic treats, like Dunkaroos (a real throwback for all us 90s kids), rare breakfast cereals that skew towards the sugary, and fun flavours of Mike and Ikes, like cotton candy and root beer.

An opening date has yet to be announced but looks like we can expect it to open up sometime this summer.

Vancouver’s snack and treat scene has gotten especially good lately – with convenience store-style spots like Dank Mart, Lucky’s Exotic Bodega, The Drive Canteen, and Snack Attack making it so much easier to indulge in those weird candy cravings. Ricardo’s Kandy Korner will be a welcome addition to this sweet roster.