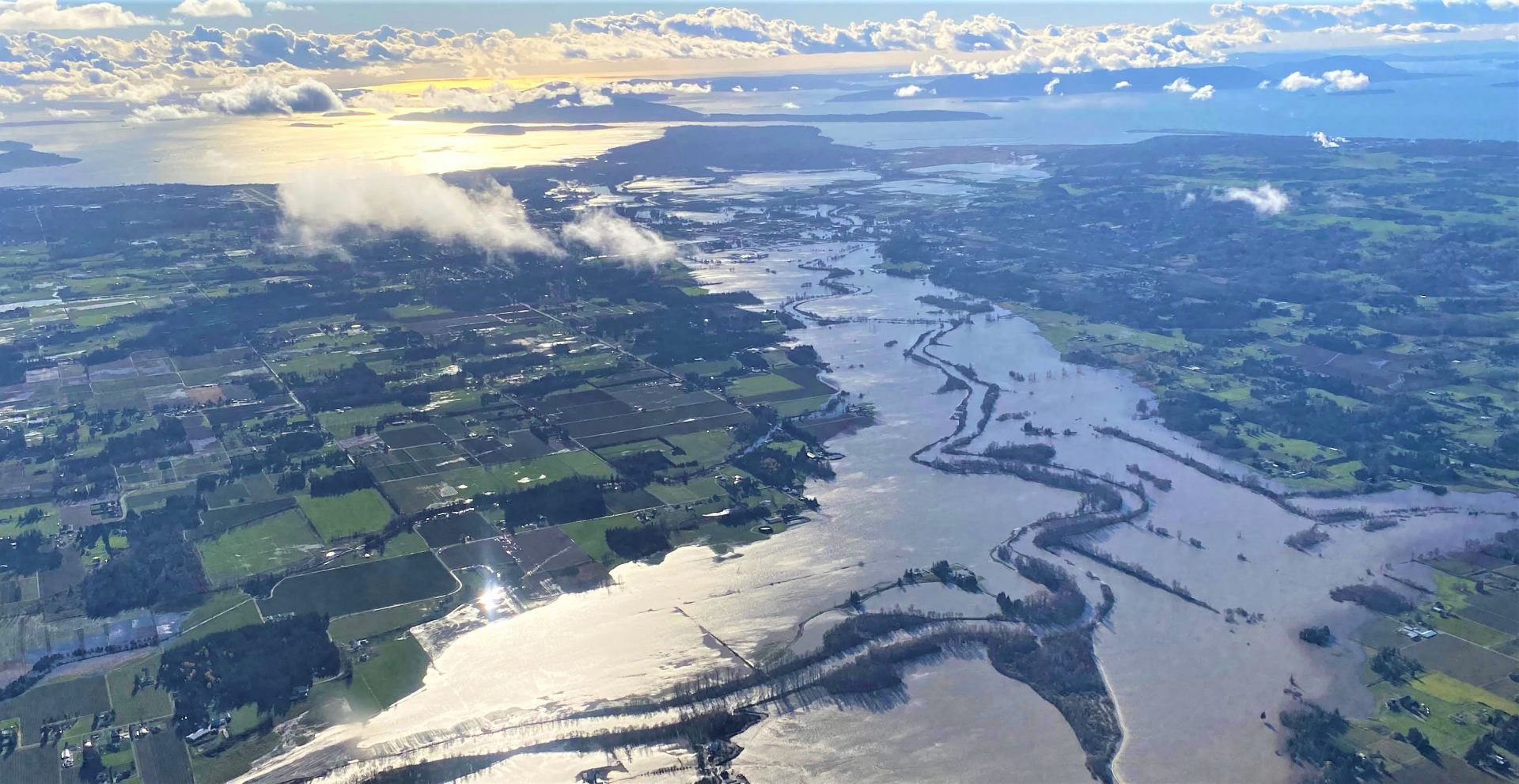 Whatcom County, which borders BC in the United States, has reported that the Nooksack River has flooded as expected.

The flooded Nooksack River is expected to spill over the border and affect communities in the Fraser Valley like Abbotsford.

The City of Abbotsford has already issued evacuation orders for some areas and is waiting to see how much water arrives from Washington state.

This morning at 11:30 am. This is a video showing the flood water flowing in across Boundary Rd, just east of Second.
Video from ⁦@AbbyPoliceDept⁩ pic.twitter.com/KV4URw90Zs

“We remain extremely concerned about the coming weather events and the impact they will have on our flood situation,” said Abbotsford Mayor Henry Braun in an update at 2 pm on Sunday, November 28.

“The water finding its way across the border right now is a combination of rainwater and snowmelt, and the strong overnight winds are continuing to push it towards Abbotsford,” he said.

The Mayor has been in talks with officials in Whatcom County, who informed him of the Nooksack River flooding. That flow is expected to reach Abbotsford later today.

ADVISORY – Water is rising fast on #BCHwy1 – Whatcom to Yale Road. This is a look of the area east of #Abbotsford. Currently open with travel advisory in effect but this route could close at anytime this afternoon.
Check https://t.co/NCVlkmJoDS @DriveBC #BCflood #BCstorm pic.twitter.com/ixM3fq8Jt1

“The flooding we are seeing today is not as significant as the first weather event two weeks ago,” said Mayor Braun, who noted that parts of the city are already flooding as 100 mm of rain has fallen in Abbotsford.

BC is already under a red level alert for flooding and is in the middle of the second in a string of storms with the forecasted Tuesday, November 30 storm anticipated to be the most intense.

Right now, Metro Vancouver is still under a rainfall warning and the Fraser Valley is expected to continue to receive rain into the night.

“We have done what we can do and we are ready, as ready as we can be, for the event that is about to unfold,” said Mayor Braun.