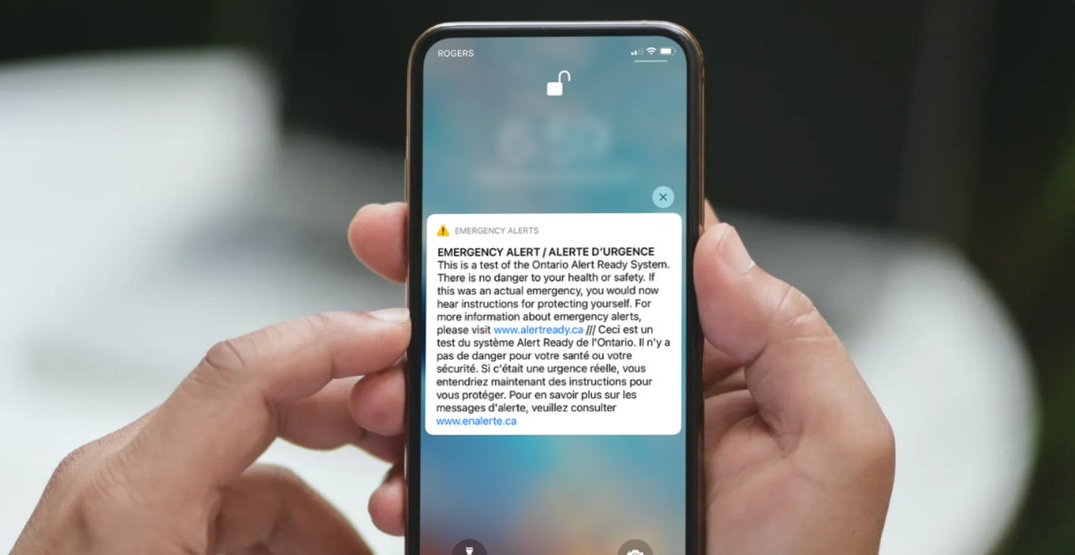 As BC is being hit with storm after storm, the province says it’s prepared to use Alert Ready – a system that can push safety alerts to your phone – to keep residents informed during the emergency.

In an Emergency Management update On Sunday, November 28, BC officials shared an update on the province’s response to recent and imminent flooding.

Minister of Public Safety and Solicitor General Mike Farnworth said that given the potential impacts to BC from both current and upcoming storms, they’re ready to use the Alert Ready Program.

“Should a community or communities feel there is an imminent threat to life or public safety, the province stands ready to issue what we call a broadcast intrusive alert,” he said.

“Local governments are the experts on the ground and emergency managers at the local and provincial levels will continue to closely coordinate through the days ahead.”

What is Alert Ready?

Alert types can cover a whole range of potentially dangerous situations, but in November 2021, BC is primarily concerned with flooding and mudslides.

Alerts are typically delivered to your cell phone. But they are also pushed out by Canadian TV and radio, cable operators, and satellite operators.

The system is tested twice a year, so you might already be familiar with Alert Ready. Learn more about BC and Alert Ready from Emergency Info BC.

How do I check that I’ll receive an alert?

In BC, for emergency alerts to be received on cell phones, your device must be:

You can check your phone’s compatibility online at Alert Ready.

Canada does tests of the system twice a year, so if you received an alert in BC from the last test in May 2021, you may also receive future ones. No one can opt out of receiving the alerts, either.

Where do I find information about flooding in BC?

Local municipal officials will provide residents with updated information related to evacuation alerts and orders – so make sure you’re following your city on Twitter and check their website for any posted emergency notices.

Residents in Abbotsford, for example, can follow both the City of Abbotsford and Abbotsford Police Service for local information.

Also, check out Prepared BC and Emergency Info BC information on emergency preparedness, response, and recovery.

During severe weather & emergencies stay up to date with trusted info: