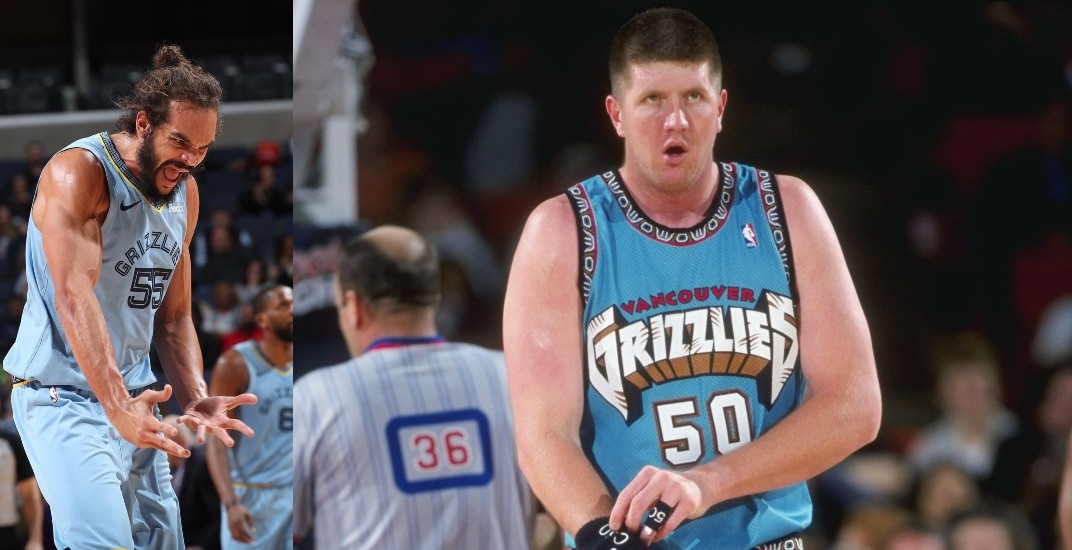 Vancouver Grizzlies fashion has made a comeback with fans, and it appears it will return to the NBA next season.

The Memphis Grizzlies will wear the franchise’s original teal jerseys for select games, according to a report from Fastbreak Breakfast, a basketball podcast based out of Nashville.

BREAKING: A team source confirms to @fastbreakbreak that the Memphis Grizzlies will wear Vancouver Grizzlies throwbacks for selected games in 2019-20. Official team jersey reveal in August

The jerseys will presumably say “Memphis” rather than “Vancouver,” as the above image illustrates, though that has not been confirmed.

The Grizzlies rocked teal road uniforms for the first five years of their existence (1995-2000) before switching to black as the primary colour (with teal trim) in their final season in Vancouver (2000-01) before moving to Memphis.

So this retro uniform is truly a Vancouver Grizzlies look.

“The idea of the Memphis Grizzlies wearing our Vancouver Grizzlies jersey might be cool for some but I’m personally not a fan,” Jayme tells Daily Hive.

“First they take our team and now they want to steal our jersey? I’m actually kind of insulted. That’s our VANCOUVER jersey.”

Jayme, who has a second Vancouver Grizzlies film in the works, dreams of one day seeing an NBA team return to her hometown.

“Maybe they’re starting to hear more noise about the Vancouver Grizzlies and how Canada wants another team,” Jayme wondered aloud. “We want our team back not a throwback jersey nod.”

Jayme’s not alone with this opinion, as most of the comments on the report from local hoops fans did not welcome the move.

NBA keen on destroying the goodwill they built in Canada with the Raptors Championship run. Cool cool.

That’s a slap in the face. What a joke. The NBA handcuffed both Canadian teams early. The NBA draft lottery for the first three years of their existence they were not eligible to take the first overall pick. We got BIG COUNTRY!! Slam Dunk!

damn this is awesome. I cant wait to see Vancouver’s own Brandon Clarke in this uniform. that pic would go viral here I bet

Not super cool with this. Memphis has zero Totem Poles from the local tribes, which is where a huge part of this jersey pays homage to. Just feels like it’s in bad taste

We want our team back @memgrizz

Or they could just move back to Vancouver…

The Memphis Grizzlies own the rights to all intellectual property from their franchise’s history, which includes their Vancouver days.

The move is not without precedent, as the Washington Nationals wore Montreal Expos jerseys for an MLB game this season. The Carolina Hurricanes rocked green Hartford Whalers jerseys in a pair of NHL games last season. In both instances, fans from the city that lost their team were left with conflicting emotions.