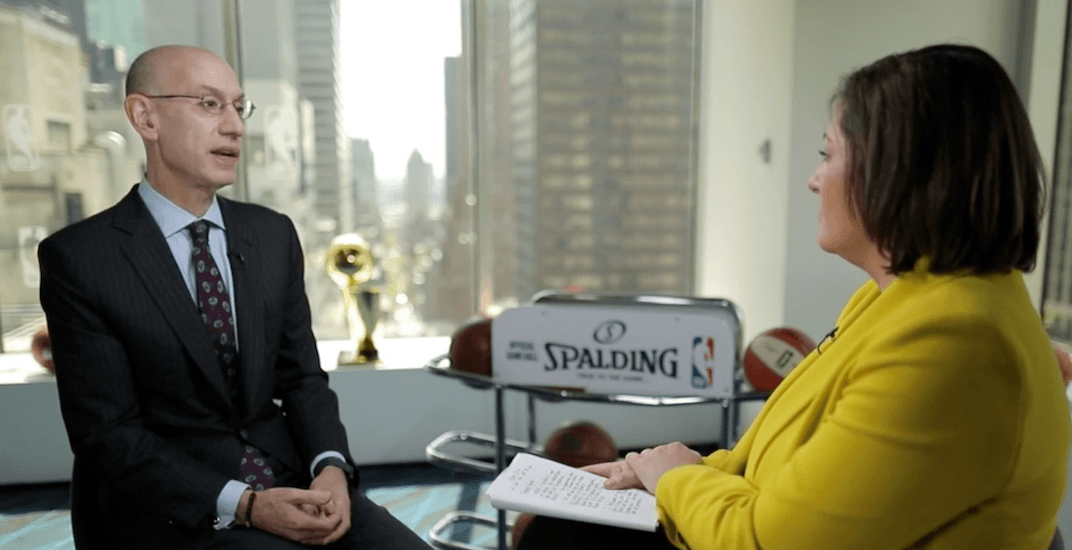 NBA commissioner Adam Silver is thrilled with the growth of basketball in Canada, and left the door open for a potential return to Vancouver.

Speaking from the NBA’s league headquarters in New York with CBC’s Rosemary Barton on the Sunday edition of the National, Silver spoke in depth about Vancouver — a city he has visited and knows well.

Silver also echoed the sentiments of former commissioner David Stern, who previously expressed feelings of regret about how Vancouver was handled.

But unlike Stern, who said “I don’t think we can go back” to Vancouver 10 years ago, Silver provided hope for local hoops fans.

“In retrospect, I wish we had a team in Vancouver right now. I think Canada could handle two NBA teams,” said Silver.

“I share David’s sentiment that we do have regret. I think we were a bit ahead of our time. There was a moment in the league where prospects seemed down in terms of the team. Attendance was down, ratings were down. I understood from an economic standpoint why the then-team owner (Michael Heisley) wanted to move the team.”

Silver served as the president and COO of NBA Entertainment when the Grizzlies left for Memphis in 2001 after just six seasons in Vancouver. Promoted to deputy commissioner in 2006, Silver replaced Stern in the league’s top job in 2014.

“Unfortunately we’re not in expansion mode right now, but it would be nice to have a team in Vancouver,” Silver says. “It’s a great market, I have some in-laws that live in Vancouver. I get there, it’s a beautiful city.”

A 2017 report said Vancouver was one of five cities on the NBA’s radar whenever they decide to expand. Seattle is the clear frontrunner, though the NBA would likely want to keep itself with an even number of teams, making expansion from 30 to 32 franchises the most plausible scenario.

The success of the Toronto Raptors has raised the profile of basketball in Canada, which should provide a boost for Vancouver.

“We’re seeing young kids – boys and girls – embracing the sport,” Silver said, speaking about the growth of basketball in Canada.

Vancouver has proven its love for the NBA in recent years, continually selling out Raptors preseason games on a near-annual basis.

As Daily Hive outlined in a five-part series two years ago, there are many reasons to believe Vancouver could support an NBA team if given a second chance.

Maybe one day we’ll find out for sure.