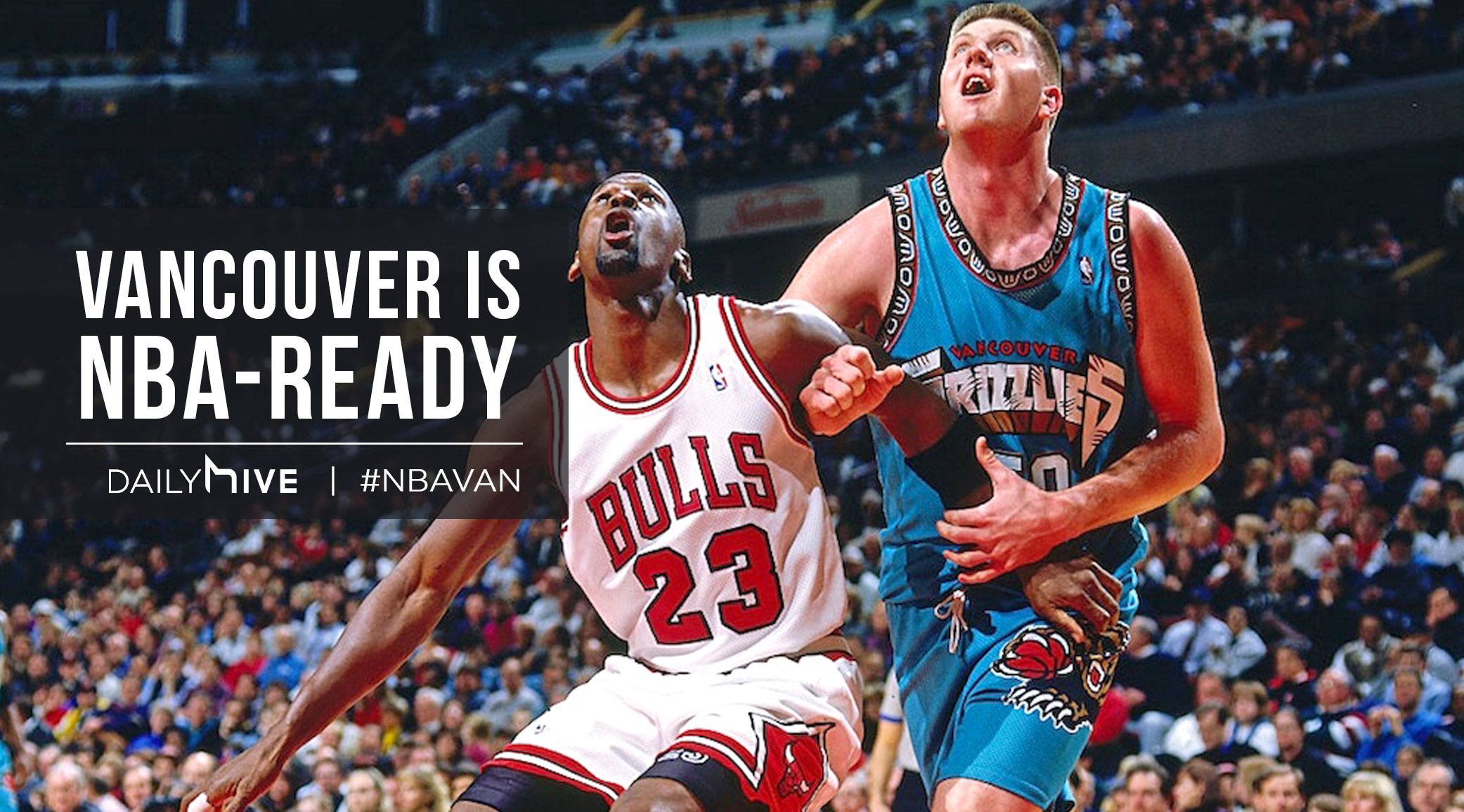 “Thanks for the worst team ever.”

That was a sign displayed by a fan during a Grizzlies’ home game during their final season in Vancouver. The sign was as accurate as it was scathing.

Vancouver was an NBA city for six seasons, between 1995 and 2001, but fans had little to cheer for. Before the city was given a real chance to prove itself as a basketball town, the Grizzlies were sold and moved to Memphis where they remain today.

From their first game in franchise history on November 3, 1995 to their last game as the Vancouver Grizzlies on April 18, 2001, they were arguably the most poorly run team in NBA history.

In six seasons, the Grizzlies won just 28% of their games, finishing with a 101-359 win/loss record. Indeed, the Grizzlies were the “worst team ever,” setting a record for the lowest winning percentage for a franchise in NBA history.

It’s also one of the main reasons why a second go around with our city would be set up for success. I mean, it couldn’t go any worse.

Reasons for the demise of the Grizzlies are numerous, and not all were the fault of management.

On the heels of the Orlando Magic getting Shaquille O’Neal with the first pick in the NBA Draft after just their third season – and an appearance in the NBA Finals three years after Shaq’s arrival – other NBA owners didn’t want the same to happen with Vancouver and their expansion cousins from Toronto.

Not only were the Grizzlies and Raptors not allowed to win the first overall draft pick during their first four seasons, they were not given the opportunity to spend to the maximum of the league’s salary cap in their first two seasons.

“We definitely had our hands tied behind our back,” former Grizzlies and Canucks owner Arthur Griffiths told Daily Hive. “We made mistakes at the Draft, if you want to call it that, in some people’s eyes. We weren’t allowed to spend to the cap, we weren’t allowed to draft the best players available.

“You never know, but for sure those were handicapping us from the get-go. Even (former NBA commissioner) David Stern admits that cost us dearly, both at the box office and ultimately with the fans.”

Stern admitted to ESPN in 2008 that he had regrets with how Vancouver was handled.

For all the blame directed at the league, the Grizzlies need to bare responsibility for their actions. After all, the Toronto Raptors functioned under the same set of rules and were able to thrive.

Jackson used the sixth overall pick on Bryant “Big Country” Reeves. In taking the lumbering seven-foot centre, the team passed on point guard Damon Stoudamire, who the Raptors took one pick later. While Reeves did have moments of success with the team, limited as they may have been, even at the best of times he wasn’t a get-you-out-of-your-seat player.

That was a theme with the club.

Stoudamire was just the opposite, making an instant impact with a flashy style that helped him win Rookie of the Year.

The Grizzlies drafted their best player in 1996, taking the reliable but unspectacular Shareef Abdur-Rahim with the third overall pick. The ’96 Draft was arguably the best draft of all-time though, and history has shown that the team passed over a number of better players.

And really, poor decision-making hurt Vancouver more than any league rules ever could have.

Vince Carter and Dirk Nowitzki were available when the Grizzlies chose Mike Bibby second overall in 1998. There were a number of other options for the Grizzlies in 1999 too, rather than selecting Steve Francis, who pouted his way to the podium (and eventually, out of town).

The Grizzlies’ struggles at the draft table are magnified when contrasted with Toronto.

In six drafts, the Grizzlies made seven first round picks:

The Raptors, over the same time period, made seven picks in the first round as well:

Not only were Toronto’s picks better, they were also more entertaining to watch.

The Grizzlies didn’t perform well in trades either. Otis Thorpe was acquired for a first round pick but didn’t last a full season in Vancouver.

Thorpe was moved in part because he made it known that he didn’t want to play in Vancouver. Same thing happened with Francis, who was dealt in a multi-player deal that included Othella Harrington (another player who eventually wanted out of Vancouver) coming back.

Victoria’s Steve Nash was available in a trade in 1998, which seems like a no-brainer in hindsight, but Jackson wasn’t able to swing a deal for the future two-time MVP.

Not everything was the fault of the GM, but most of it was. Players didn’t want to play in Vancouver, but being a laughing stock franchise was a major reason why.

In six seasons, Vancouver’s best was their last, in which they finished with a 23-59 record. That was good for fourth-worst in the NBA.

Years later, you can’t help but wonder what could have been. What if the Grizzlies had a true superstar? What if they had a team that could compete for a playoff spot?

What if they weren’t the worst team ever?