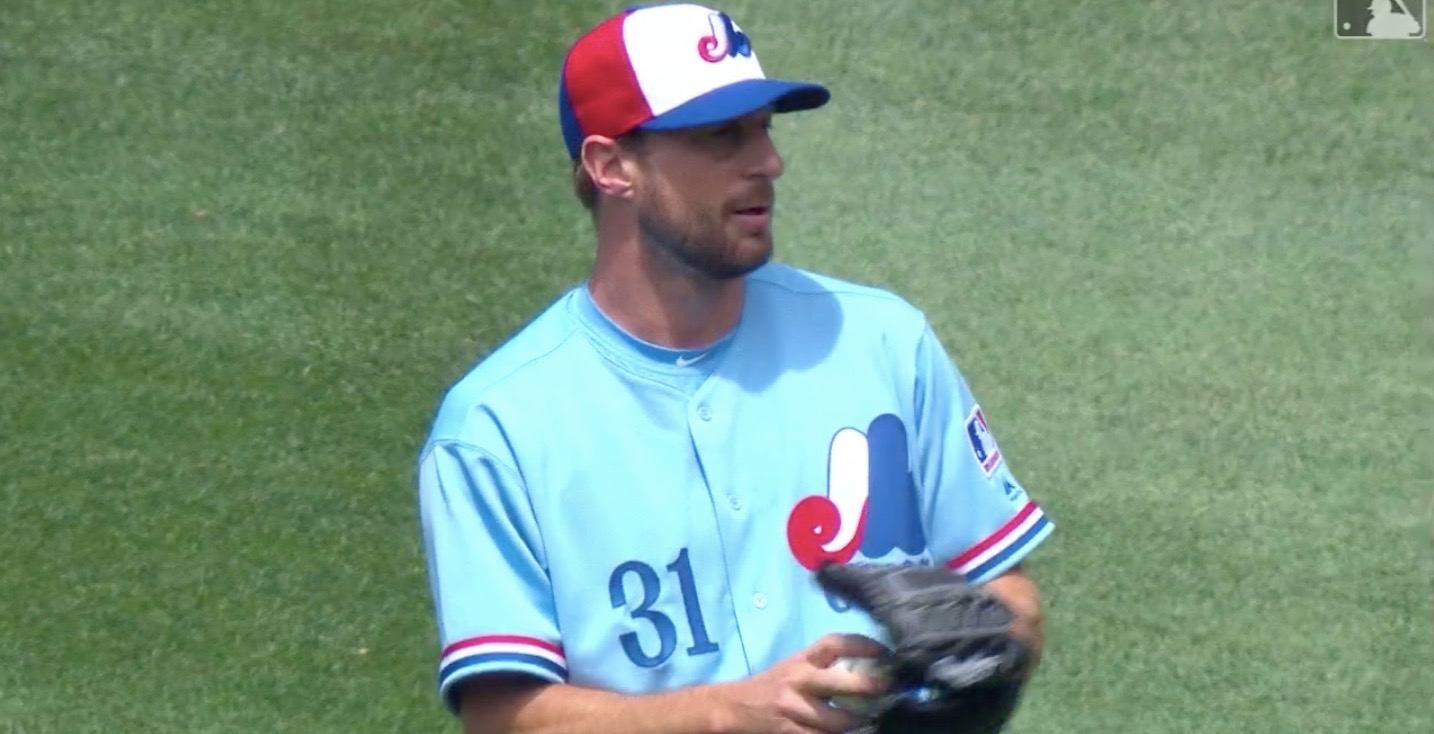 You know, that alternate reality where the Expos built a new stadium and signed one of baseball’s best pitchers to a lengthy contract?

In celebration of the Expos/Nationals upcoming 50th anniversary, the Nats will don retro baby blue uniforms on July 6 while dishing out their take on poutine and smoked meat sandwiches as a tribute to ‘Nos Amours.’

Nationals Park’s giant ‘W’ will also be temporarily replaced with an Expos’ ‘M’ on the stadium’s scoreboard.

While throwing a bullpen session ahead of this Saturday’s start, Scherzer, the Nationals ace, was decked out in full Expos gear including the iconic tri-colour lid and high socks.

Scherzer always likes to do his bullpen sessions in full uniform, which apparently means the same uniform he’ll be wearing in his next start.

The footage might tug at the heart of Expos fans as it’s the first time the uniform has been seen on a Major League field since the team left Montreal after the 2004 season.

In an alternate world, is Scherzer getting the bump on a Saturday night in a downtown Montreal stadium?

At least this video might make that other-world scenario a little easier to pretend.

Montreal baseball fans can tune in to the Nationals tilt against the Kansas City Royals this Saturday, as the entire team (and ballpark) will be commemorating the franchise that got them to Washington in the first place.