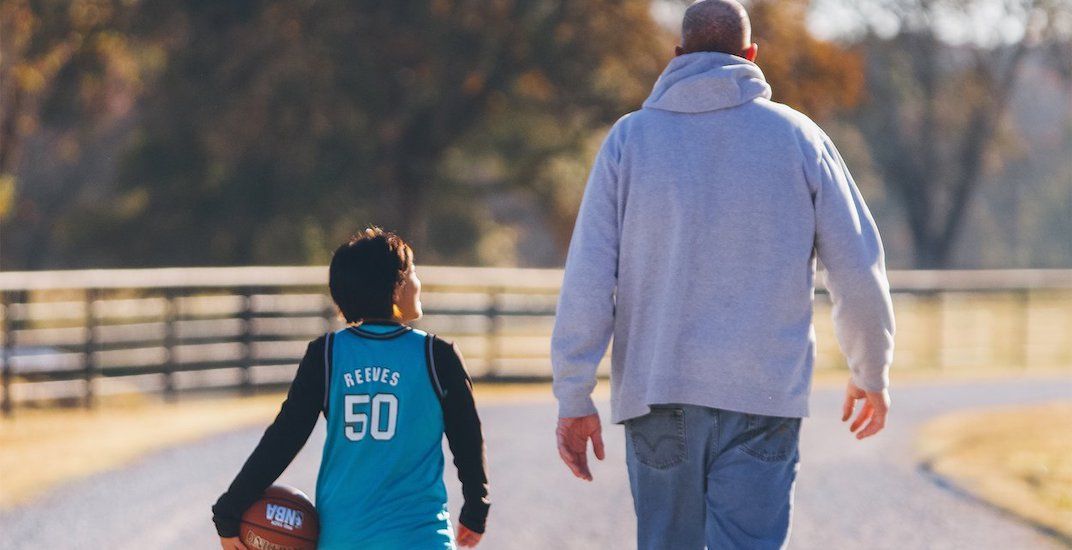 The lineup began more than an hour and a half before showtime. As the start time neared, the lineup stretched halfway down the block.

Many fans were decked out in vintage Vancouver Grizzlies gear, eagerly awaiting the premiere of Finding Big Country, the story of the franchise’s most notorious player.

Lots of Vancouver Grizzlies gear at the sold out premiere of @FindingBigC at @VIFFest pic.twitter.com/eN7Ex1nyTO

Many members of the local media have tried to get Bryant ‘Big Country’ Reeves to speak about his time in Vancouver since he and the Grizzlies left town more than 17 years ago.

All had failed, until now.

Her name is Kat Jayme, a 29-year-old Vancouver filmmaker and lifelong fan of basketball, the Vancouver Grizzlies, and Big Country.

“The Vancouver Grizzlies played a huge role in my childhood,” said Jayme to Daily Hive over the phone. The filmmaker grew up dreaming of being the first woman to play in the NBA.

After teasing details of the film before it launched, we can now confirm that yes, she found him.

Reeves lives on a ranch in his hometown of Gans, Oklahoma – population 312. Watching the film, you got the sense that while he was disappointed in the way his career ended – due to injuries after six seasons in the NBA.

He seemed to enjoy his time in Vancouver and is proud of his career, as evidenced by the memorabilia displayed in his home.

Jayme and her production team, which included cinematographer Michael Dinsmore and producer Michael Grand, spent five days on Reeves’ ranch, arriving at 6 am every morning to film the 7-foot-tall former pro-athlete. Not only was Reeves already awake when they got there, he would already be out working.

Reeves, now a 45-year-old father of four, loves nothing more than to be on his ranch, living the simple life, despite signing a now-infamous $60 million contract during his playing days.

While he doesn’t play much basketball anymore, the gentle giant hosts an annual summer camp for kids in the community at the gym on his property. All money raised from the camp is then donated to local fire stations to help buy new equipment.

Extremely grateful for a great group of friend who does an awesome job. THANK YOU pic.twitter.com/cOR0ksbXH5

Asked why he chose to speak now, to her, after years of silence, Jayme said Reeves hasn’t been hiding.

“He’s not searching for the limelight,” Jayme said. “He didn’t need to make this film, he doesn’t need to be talked about, to be remembered. It’s not what he’s about at all.”

Jayme says Reeves has been back to Vancouver just once – for one day before taking a cruise.

“I don’t know how he slipped under the radar,” said Jayme.

Before reaching out to Reeves, Jayme spoke to the people that knew him best, in Vancouver and Oklahoma. Before she called her larger-than-life hero for the first time, Reeves had already heard about Jayme from friends of his, who vouched for the 5-foot-1 filmmaker from up north.

“I led with my heart and I told him that I’m a childhood fan and I want to tell the heart behind your story.”

And in that, she succeeded.

Jayme told those in attendance at the premiere that she hoped to get people to see the former Grizzlies player like she does – and it’s hard not to after watching the film.

“The great thing about Bryant is that he never forgot who he was and that’s one of the things I love about him. He’s still the most humble, down-to-earth guy.”

On the last day of production, the Finding Big Country crew turned off their cameras and had dinner with the Reeves family.

The film has just two more showings scheduled at the Vancouver International Film Festival – October 8 and 10 – after its debut on Sunday. Just like the premiere, advance tickets are already sold out, though there’s an opportunity to secure rush tickets at the door.

A number of people with Vancouver Grizzlies ties were in the building on opening night, including their former mascot Grizz (not in costume) and former PA announcer Al Murdoch.

“Stand up, get on your feet,” Murdoch urged the crowd, just like he did before Grizzlies games. It wasn’t the first or last time those in attendance gave the film a standing ovation.

“It exceeded our expectations for sure, just the energy and the excitement,” Jayme said. “Having Al Murdoch there… that was so, so cool. It just exceeded all of our expectations. And everyone’s response to the film and seeing Bryant for the first time that was so cool.” 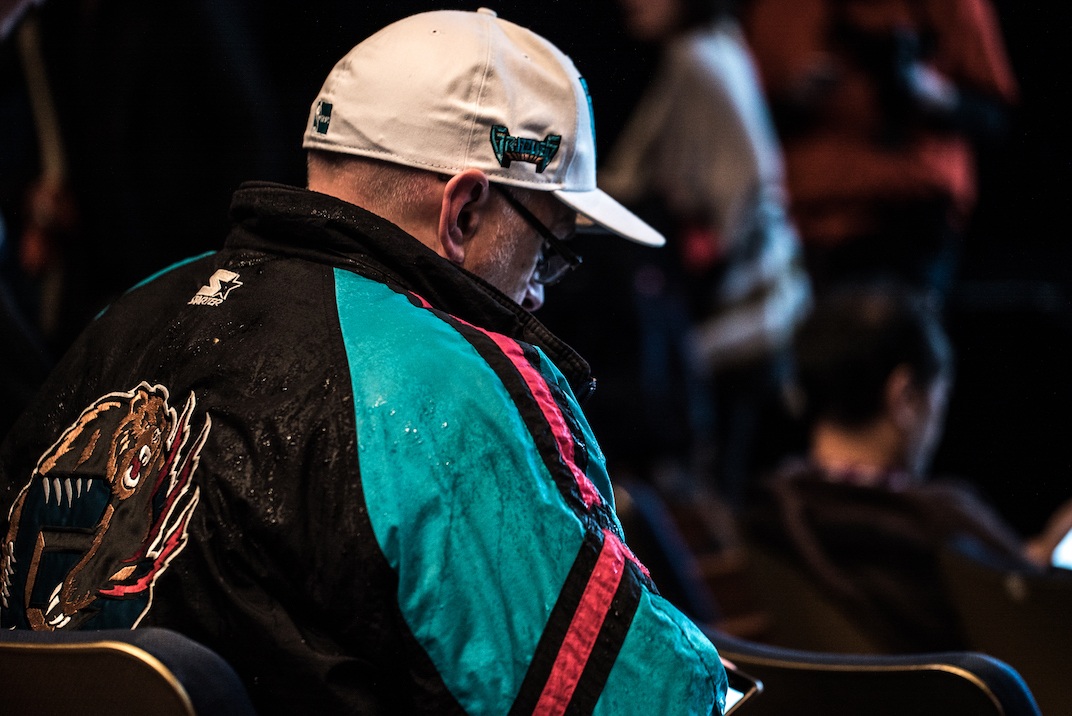 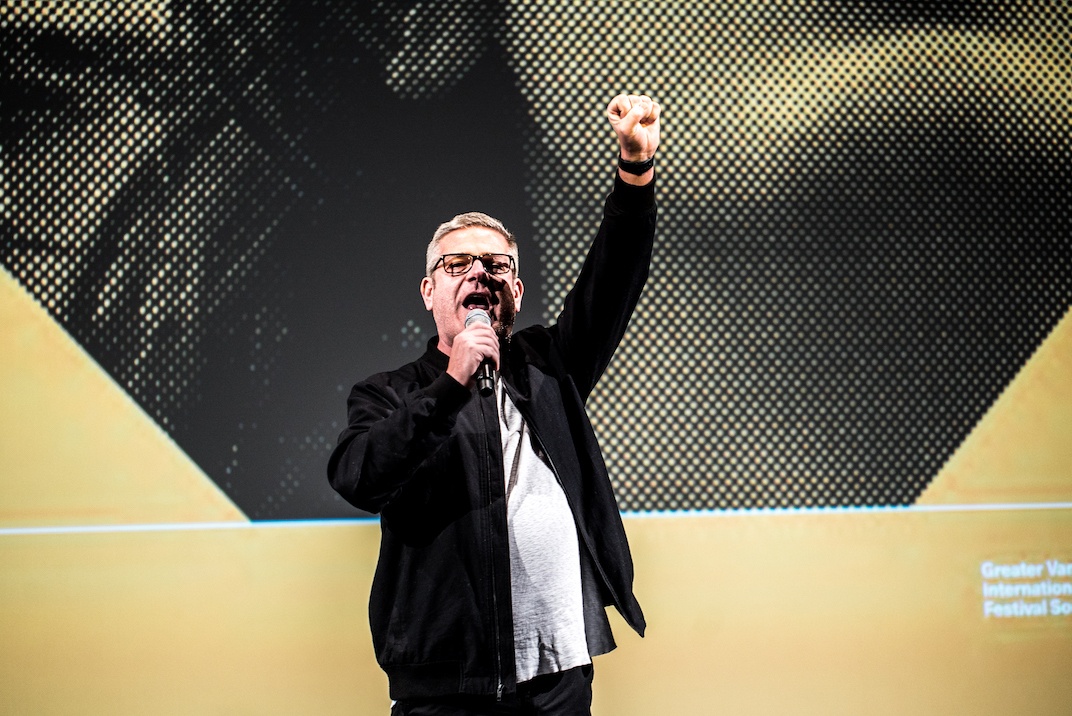 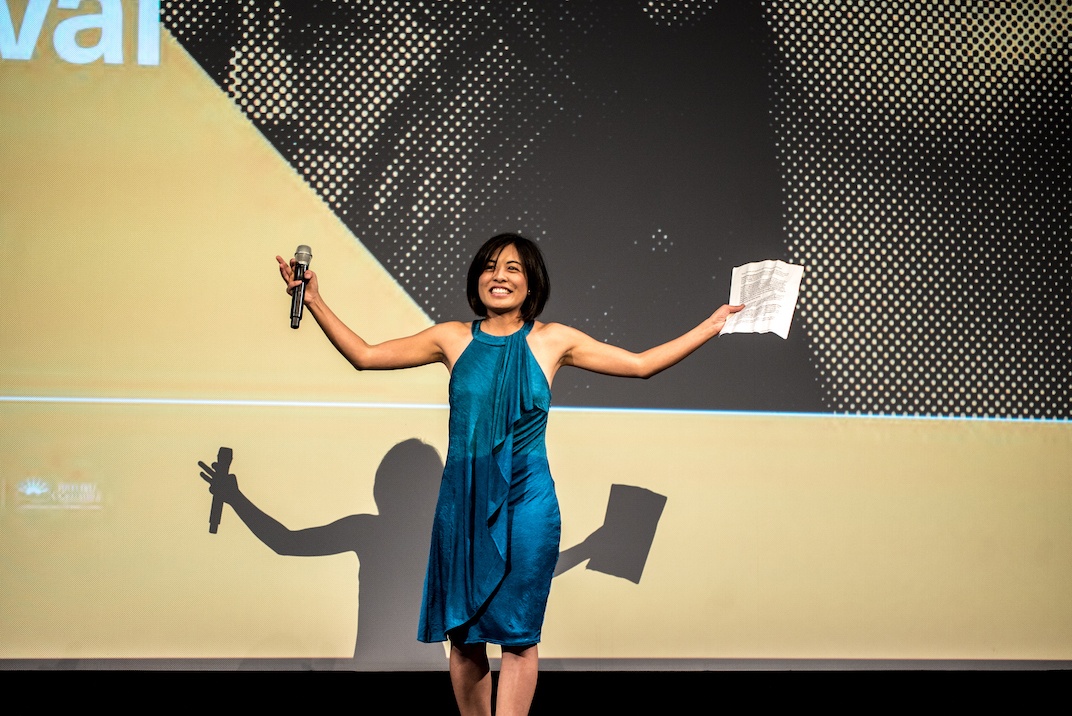