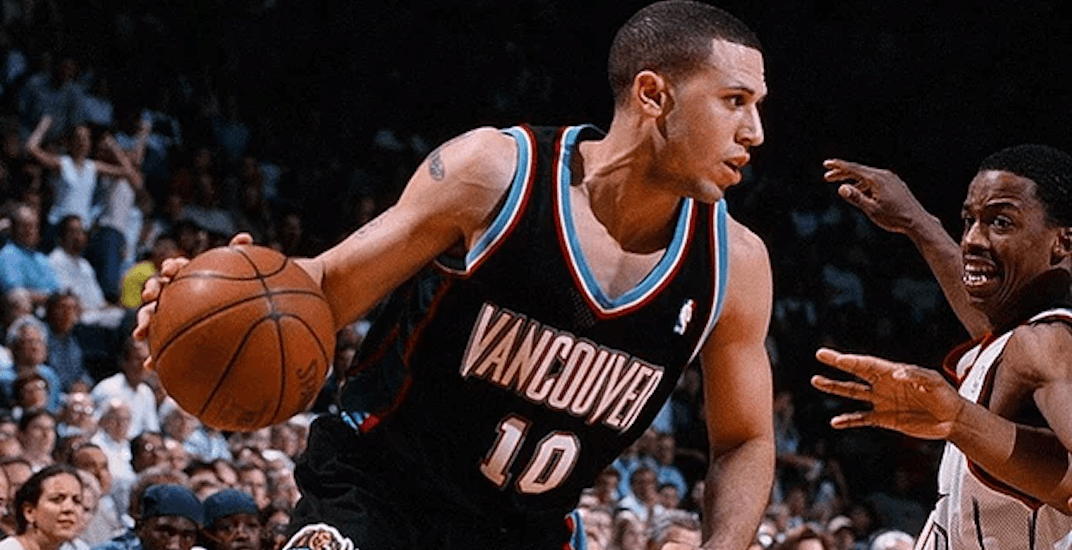 They found Big Country, but now can they find everyone else?

From the makers of Finding Big Country comes what will surely be another highly anticipated film in the city of Vancouver.

“There’s a whole other story about the Vancouver Grizzlies that I’d love to tell,” Jayme said in a phone interview with Daily Hive. “I feel like this is the right time to do it and I feel like Vancouver and the world is ready for this story.”

Jayme’s the right person for the job.

Sold out crowds and standing ovations greeted Jayme’s film about the story of the Vancouver Grizzlies’ most infamous player, Bryant Reeves. Advance tickets for all three showings at the Vancouver International Film Festival sold out early, surpassing the filmmaker’s expectations.

Jayme is not only a Big Country fan, she grew up in Vancouver as a diehard supporter of the Grizzlies.

While the rest of the team may not prove to be as elusive as Reeves, the story of the Grizzlies’ six-year run in Vancouver is an interesting one.

The Vancouver Grizzlies had the worst six-year run to start a franchise in NBA history, winning just 28 per cent of their games to compile a 101-359 record. Before moving, the Grizzlies had to contend with hindering expansion rules, a nosediving Canadian dollar, and two billionaires who tried to move the team to St Louis and Memphis, respectively.

While fans in Vancouver have heard from the likes of Shareef Abdur-Rahim and Mike Bibby in recent years, it would be interesting to hear from some of the other franchise mainstays like Blue Edwards and Michael Dickerson.

Jayme, a 12-year-old kid in 2001, was devastated when the Grizzlies left for good.

“I was upset for sure, but I don’t think I really realized what that would mean in terms of how their history would end up kind of being erased. How them leaving would impact the future generations of basketball players, what would be missing for them in the basketball community. I was at the last [Vancouver Grizzlies] game and it was an eerie feeling – and we lost that game.”

A 2016 article in Sports Illustrated called the Vancouver Grizzlies a “forgotten franchise.”

“We’re starting a movement and we’re going to bring the Grizzlies back!” @FindingBigC pic.twitter.com/lKHXCIGFhZ

“I want to keep the momentum going for building buzz around bringing a team back to Vancouver. That’s also what this whole thing is all about, to bring a team back.”

A January 2017 report suggested that Vancouver was on a shortlist of five cities the NBA was considering for expansion. Seattle was the clear frontrunner, with Las Vegas, Louisville, and Mexico City the other cities mentioned.

“There are lots of terrific markets out there in the United States and some in countries attached to the United States who also have wonderful cities that could potentially house NBA teams,” NBA commissioner Adam Silver said in June.

NBA expansion isn’t imminent, and a recent report suggests it isn’t likely to come before 2025. So there’s time for Jayme’s movement to gain momentum.

Jayme has no doubts that a second go-around for the NBA would succeed in Vancouver.

“It would a hundred per cent work. Oh my gosh, yeah,” she said. “I think we’re so ready. We have the market, we have the fans. Vancouver is ready for NBA – the Grizzlies, I want the Grizzlies back.”

Jayme would happily take any franchise back, though she’d prefer having her team.

That’s actually a possibility, as several prospective ownership groups are reportedly watching the Grizzlies – who could leave Memphis in 2021 according to ESPN.

“The Vancouver Grizzlies played a huge role in my childhood,” Jayme added. “That’s one of the reasons why I want them to come back here… for the younger generation who can have that magical experience of going to games and have the dream of playing on that stage one day.”

“And that’s what’s so important about bringing a team back to Vancouver.”