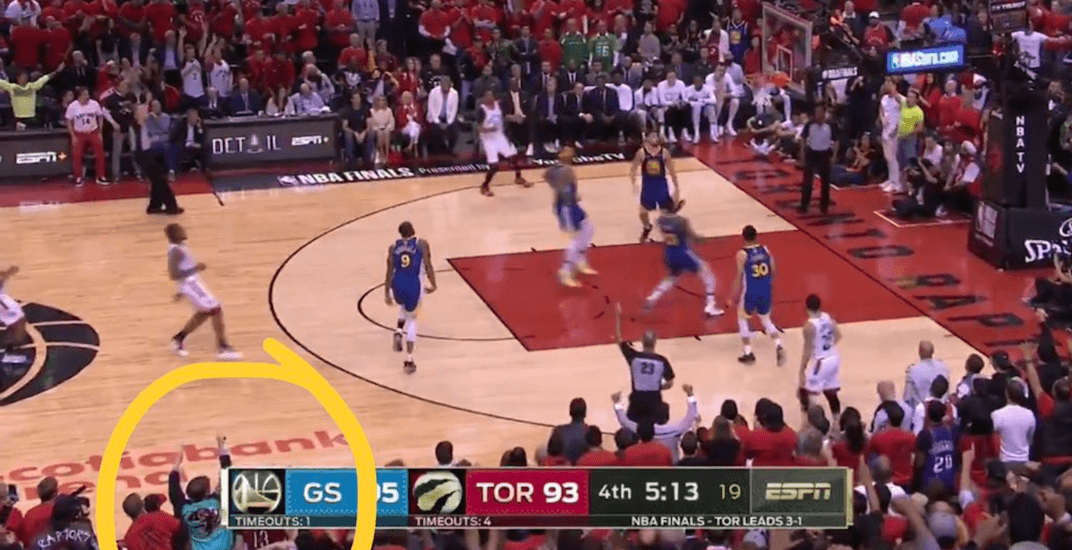 They were arguably the worst basketball team in NBA history, yet they still have a soft spot in our hearts.

Despite leaving town 18 years ago, Vancouver Grizzlies merchandise has made a comeback. That’s obvious when you check out a local sports store that knows what they’re doing or take a walk around the city.

Still, one spectator caught the eye of basketball fans watching Monday night’s NBA Finals game in Toronto. Sticking out from a sea of Raptors fans was a guy wearing a teal Vancouver Grizzlies warmup jacket, with their secondary logo on the back.

The Grizzlies fan was sitting in one of the most premium seats in the arena — second row courtside near centre court — so he was visible on the television broadcast.

With apologies to Genie Bouchard, PK Subban, and all the other celebrities in attendance, nobody was better dressed than this guy:

Vancouver Grizzlies in the house pic.twitter.com/fMkwe6DERy

The fan was wearing an authentic Vancouver Grizzlies warmup jacket (the ones the players wore) from their inaugural season in 1995-96. Remarkably, the jacket is still available to purchase online — for USD $200. 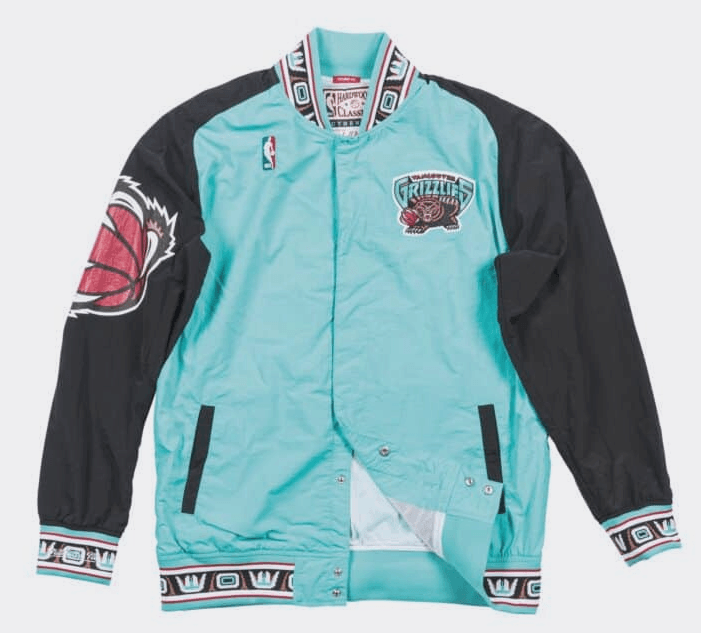 This person wearing the throwback #Grizzlies jacket at the #Raptors game knows how to dress for the party #NBAFinals pic.twitter.com/iqU9ZBoHet

Shouts to the guy near midcourt in the 2nd row wearing the Grizzlies' warmup jacket from the first couple years. #NBAFinals

My favorite person at this Warriors Raptors #NBAFinals game is the dude in the front row wearing an old school Vancouver Grizzlies jacket.

Anyone peep the Vancouver Grizzlies jacket court side ? That teal 😍

Gotta love the guy wearing the Vancouver Grizzlies jacket in the crowd. #NBAFinals2019

I am sure it us been discussed, but shoutout the dudes in the throwback #Grizzlies jacket and JWill jersey near mid court.

To the guy wearing that Vancouver grizzlies bomber jacket in the front row of the raptors game… Well played.