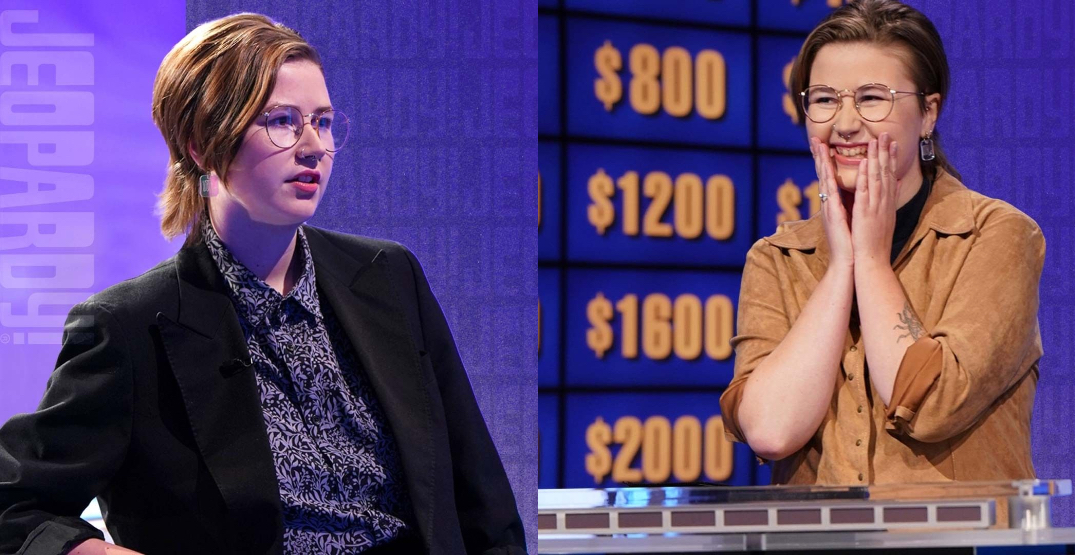 Canadian Jeopardy! star Mattea Roach is on her way to breaking every record in the quiz show’s book.

Officially dubbed a super-champion after cracking into two of the top ten lists in the Hall of Fame, Roach is the biggest Canadian winner the show has ever seen. Her winnings so far are nearing half a million dollars.

Now that she’s hot off a 19-day winning streak, the law school tutor is rapidly climbing Jeopardy!’s most coveted charts.

She now ranks #6 on the list of most consecutive games won behind stars like Ken Jennings and Amy Schneider. At 23-years-old, that makes her the most successful Gen-Z contestant ever.

She also ranks #5 on the list of highest winnings in regular-season play and has correctly responded to more than 500 clues on the show.

“I am still playing every game like I’m just so lucky to be here,” Roach said on the J! Blog. “This has so far exceeded my wildest imaginings.”

“I don’t even know how to process how much this has changed my life,” she said. “Knowing that I’ve won this much money, like, I’m literally thinking, oh my gosh, can I buy a house like ten years sooner than I thought?”

During her time on the show, Roach has been tweeting behind-the-scenes notes and thoughts after each episode airs.

On her twitter bio, Roach describes herself as a lesbian, a Nova Scotian, and a 19x Jeopardy! champ. But NBC News received a ton of criticism from their tweeted coverage of Roach, describing her as a “23-year-old lesbian tutor” in before mentioning her name.

Many Twitter users were quick to point out that other Jeopardy! contestants have not historically been described using their sexuality, and more called for NBC to apologize.

They have not deleted their original tweet despite the online outrage, which Roach herself does not appear to have weighed in on yet.

Mattea vs. Amy vs. Matt. What a showdown that would be. Check out how their average correct responses per game compare through 17 wins 👀 #Jeopardata pic.twitter.com/g5X9fim3lk

Young, Canadian, and quick on the buzzer – Roach has firmly cemented her spot amongst the Jeopardy! greats. You can watch the show this week to see how long she keeps her streak running.