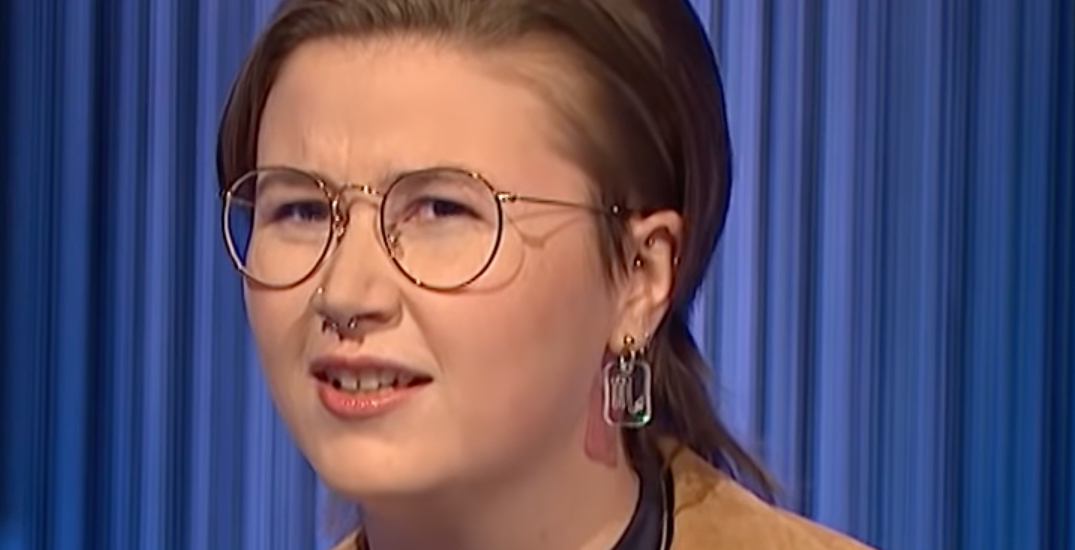 Canadian tutor Mattea Roach is being covered in the media left and right for her ongoing winning streak on Jeopardy! — but not all coverage is being received positively.

“The 23-year-old lesbian tutor from Toronto has amassed a total of $320,081, the most by a Canadian contestant in Jeopardy! history,” NBC News tweeted.

The tweet has been retweeted with comment over 360 times, and people are describing it as “bizarre,” saying Roach’s sexuality is irrelevant in the context of her performance on Jeopardy!.

What a bizarre thing to include. No one cares if she’s a lesbian. Shame on @NBCNews #jeopardy https://t.co/1xAQueEHsL

“Have you highlighted the orientation of other successful guests on the show?” a writer from Toronto asked NBC.

What the hell does her sexuality have to do with anything? Does it somehow improve her ability to answer questions correctly? Have you highlighted the orientation of other successful guests on the show? https://t.co/Y7lyeF2W6e

Oddly enough, I never once heard NBC News report on “Totally straight Ken Jennings” in all his time on the show.

Others critiqued the tweet with some jest and sarcasm, saying that “lesbian tutor” sounded like a job title for someone who teaches lesbians.

It is good that this Jeopardy contestant helps so many lesbians with their studies! https://t.co/wXy18XTNPh

Some commenters also pointed out that NBC skipped mentioning Roach by name in the tweet completely, simply calling her “the 23-year-old lesbian tutor.”

she tutors lesbians and will remain nameless https://t.co/EUYDY01zJH

good for her, she could probably use the money, her business model of only tutoring lesbians is probably not sustainable. https://t.co/Cm0nn3LIhz

A few readers have reasoned that NBC was possibly attempting to highlight her sexual orientation for lesbian representation in the media.