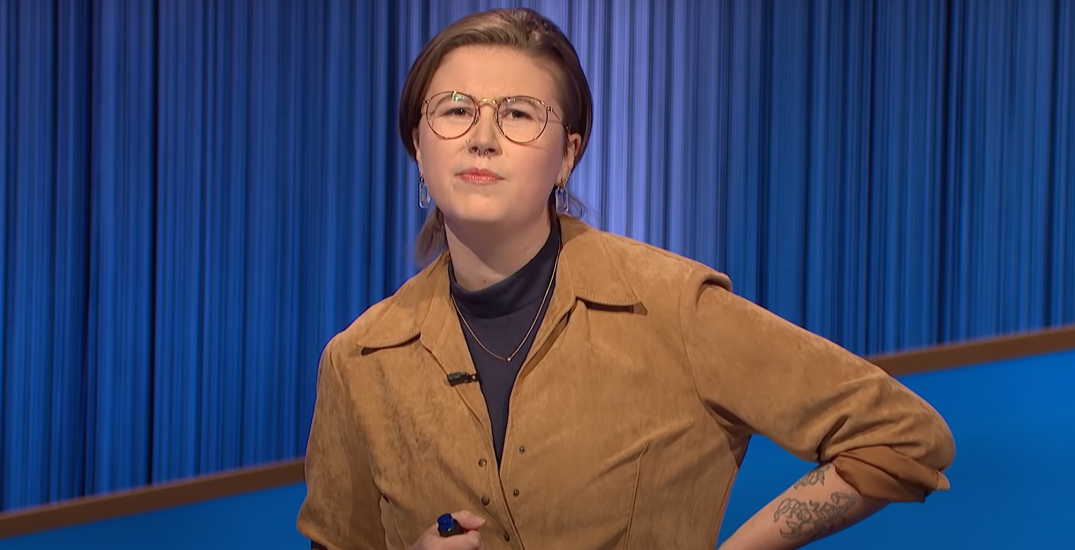 On Monday, NBC News shared a story about the Halifax-born Toronto resident’s achievement on the game show. Roach had just completed her 15th winning day and has since won three more games.

“The 23-year-old lesbian tutor from Toronto has amassed a total of $320,081, the most by a Canadian contestant in Jeopardy! history,” NBC News had tweeted.

The tweet is flooded with over 2,200 replies times. People described it as “bizarre,” saying Roach’s sexuality is irrelevant in the context of her performance on Jeopardy!, and that NBC News must apologize to the contestant.

NBCnews owes Mattea Roach a public apology. She should sue them

@NBCNews SO. Have you taken down the stupid headline on the Mattea Roach Jeopardy Champion story yet? And apologized for it?

Four days in, there is neither a public apology from NBC News — but there also isn’t any comment on the issue from Roach herself.

But fans are still quite upset on her behalf and are calling on NBC News to delete the tweet.

This tweet should be removed, you should issue an apology, and the person that posted this should be fired. This is the problem with the media. YOU are stirring the pot!!!

WTF ? @NBCNews are you all flaming idiots ? You owe this fine woman a very public apology. Nothing can undo the fact that she is capable and brilliant but you bozos look like absolute incompetent idiots.

Some have even tagged the trivia star, who appears to be quite active on Twitter.

What does her sexuality have to do with her incredible winning streak? Your description of @mattearoach is degrading. But since you have yet to change your post or apologize to Ms. Roach, perhaps this was your intent? If so, shame on you.#MatteaRoach #Jeopardy

What the hell does her sexual orientation have to do with anything? I assume on a go forward you will be doing the same for every winner? Complete fail and you owe her an apology.

What garbage NBC! A formal apology to Mattea Roach might help. But getting your credibility back will take longer. That’s from a heterosexual Canadian. If that matters!

Apologize to Mattea NBC “news”. What a disgrace you are. And wtf is lesbian tutoring?!

Though she has tweeted about other media mentions/interviews, Roach has not acknowledged the article’s existence, let alone the controversy around the way it was phrased.

Are fans taking too much liberty and speaking over Roach?