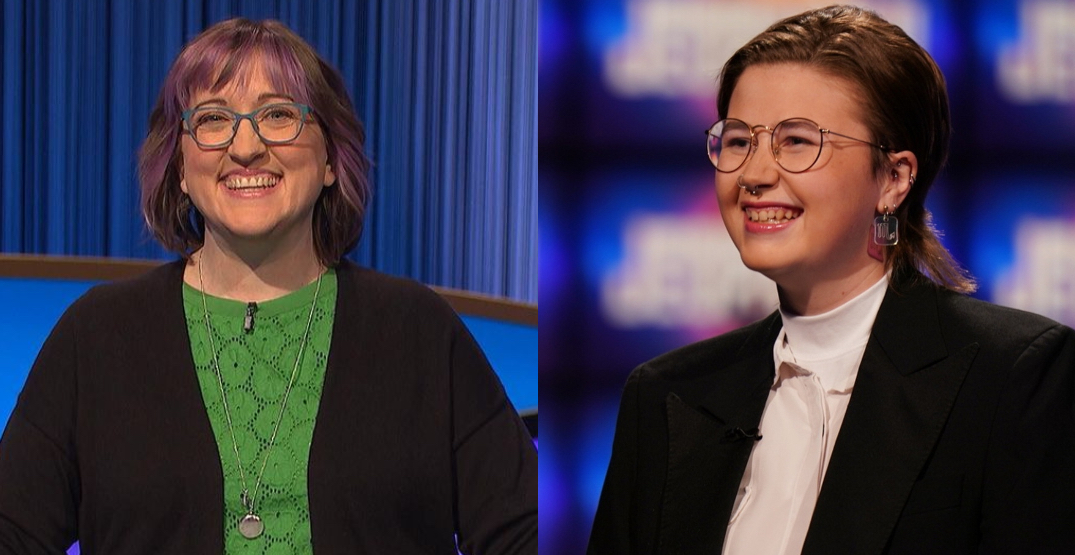 The quiz show with a Canadian connection is about to see more Canucks take centre stage.

According to the Jeopardy! Contestant Zone, the show on Monday, April 18, will feature an all-female contestant slate consisting mostly of Canadians.

First up is Mattea Roach, a 23-year-old Canadian tutor based in Toronto. She’s been busy, racking up a nine-game streak, bagging $210,802 in winnings, and securing a spot in the Tournament of Champions.

Roach talked a bit about the pride of being a Canadian on Jeopardy! on the show’s blog.

“To be a Canadian on Jeopardy! is always very special. Alex Trebek’s legacy is such a big part of the show,” said Roach.

“So, yeah, I’m just glad that I’m putting on a good show for all the folks back up North.”

Next up on Monday’s show will be another Canadian contestant – Caitlin Hayes. She’s a musician and educator from North Vancouver.

According to her Instagram account, Hayes is a mom and an avid book lover sharing snaps of her recent reads.

The third contestant is Sarah McGrath, a business manager from New York. 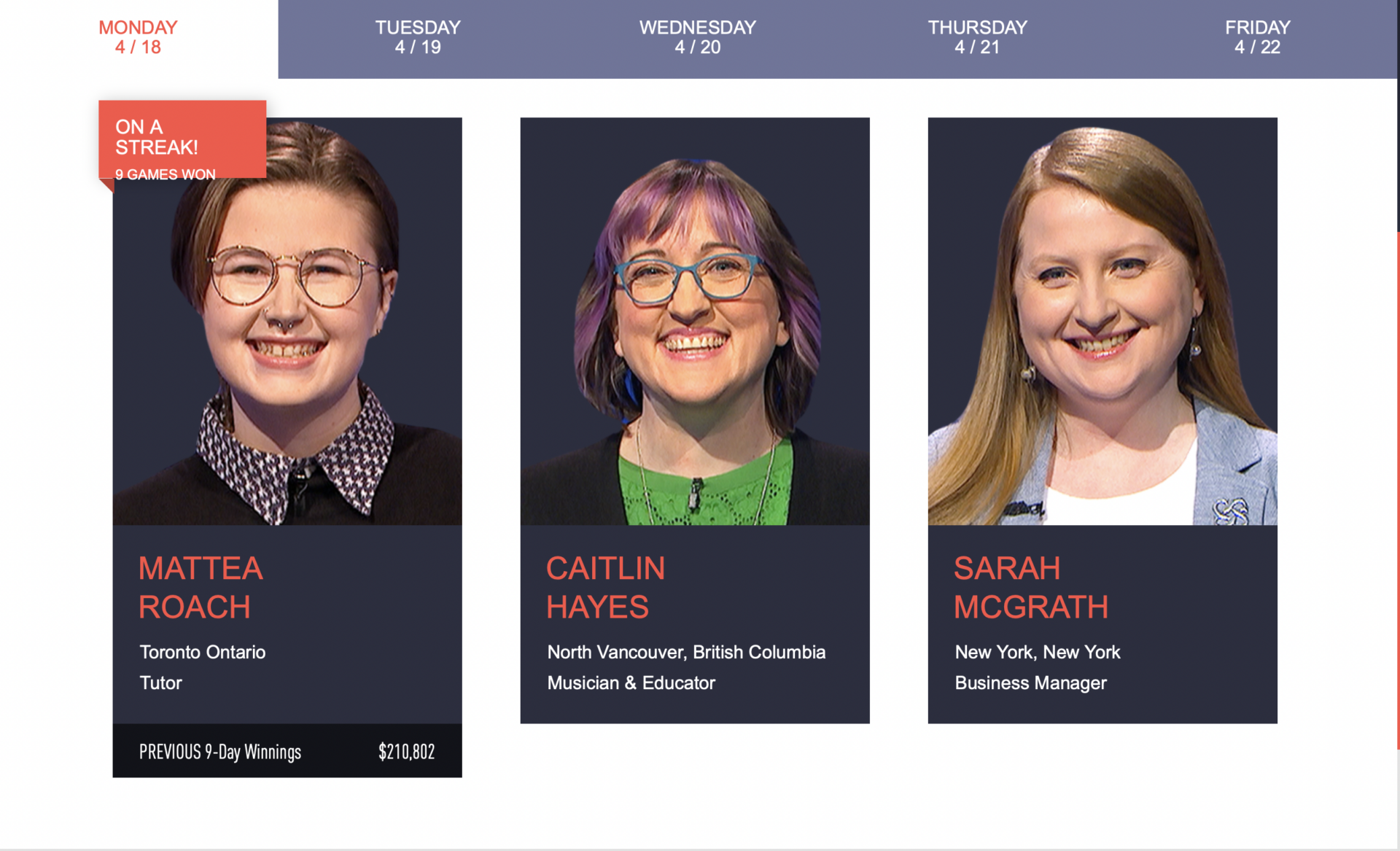 Will Canadians continue to dominate the roster? You’ll have to tune in to find out.