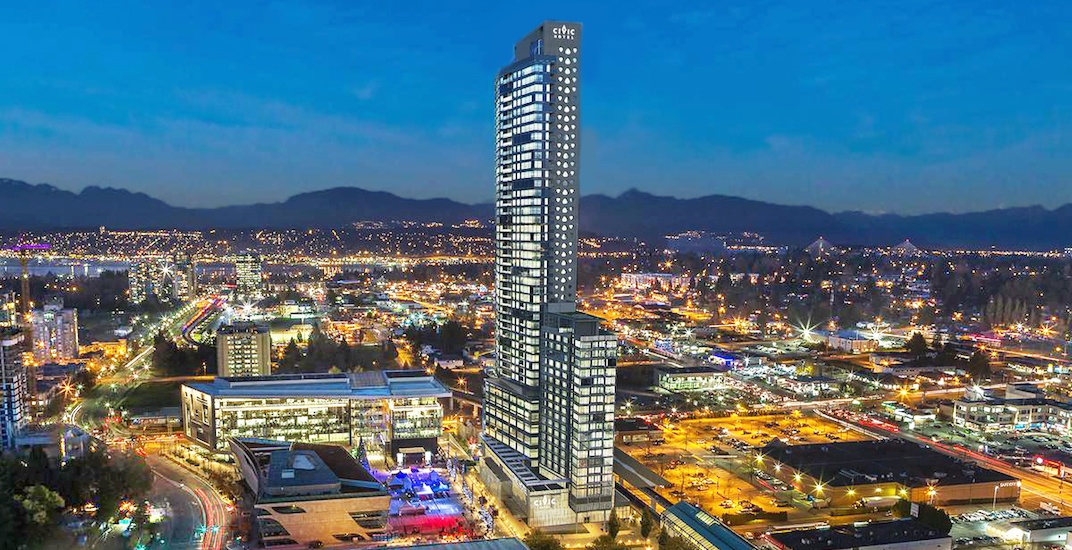 Civic Hotel is hard to miss in the emerging skyline of Surrey, as it is the new tallest skyscraper in the city.

“We are thrilled to be Surrey’s first premier hotel,” said Civic Hotel General Manager Franklin Jackson in a statement. “Surrey is the fastest growing city in the region and we are excited to offer an independent, boutique hotel that will provide sophisticated business and social functionality to the area.” 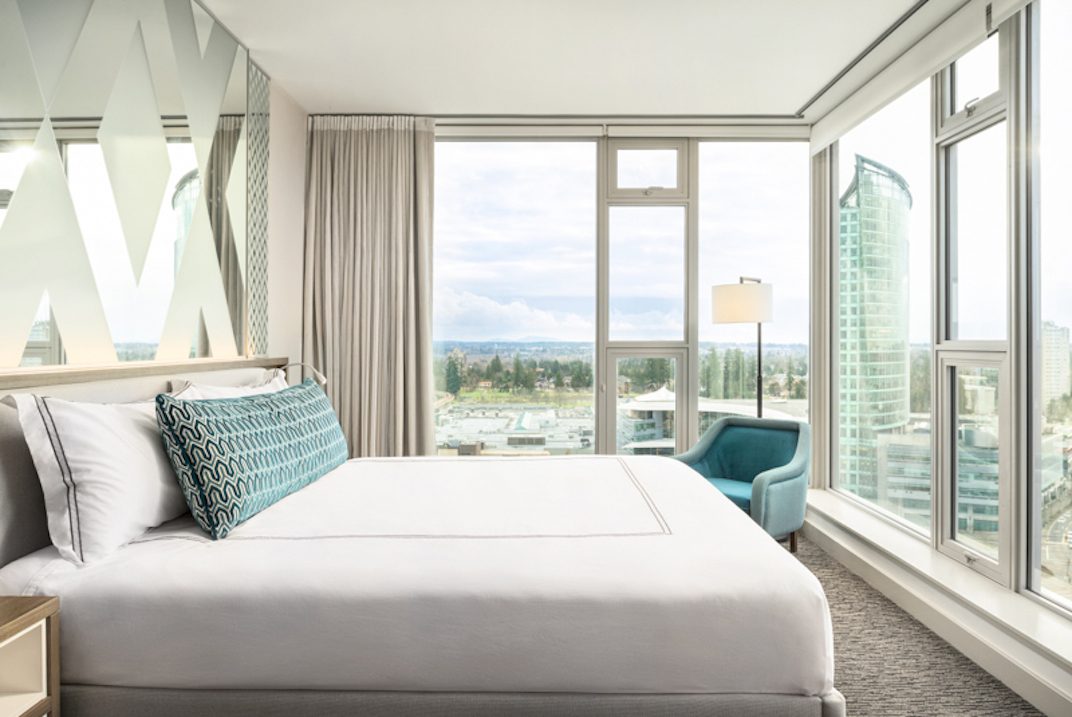 Overall, the design of the hotel boasts warm earth tones and themes that represent the culture and beauty of the province.

The interior design of each of the 16 hotel floors represents a different region of BC, everywhere from the Peace River in the northwest to the urban centre of Metro Vancouver.

Much of this representation is accomplished by the work of renowned Canadian landscape photographer Rick Blaklaws and artist Garry Kennedy to create art for each hotel floor based on 29 regions of the province, with consideration for biome, climate, wildlife and population.

In fact, each hotel room is named after an urban centre or landmark of the region the hotel floor represents. 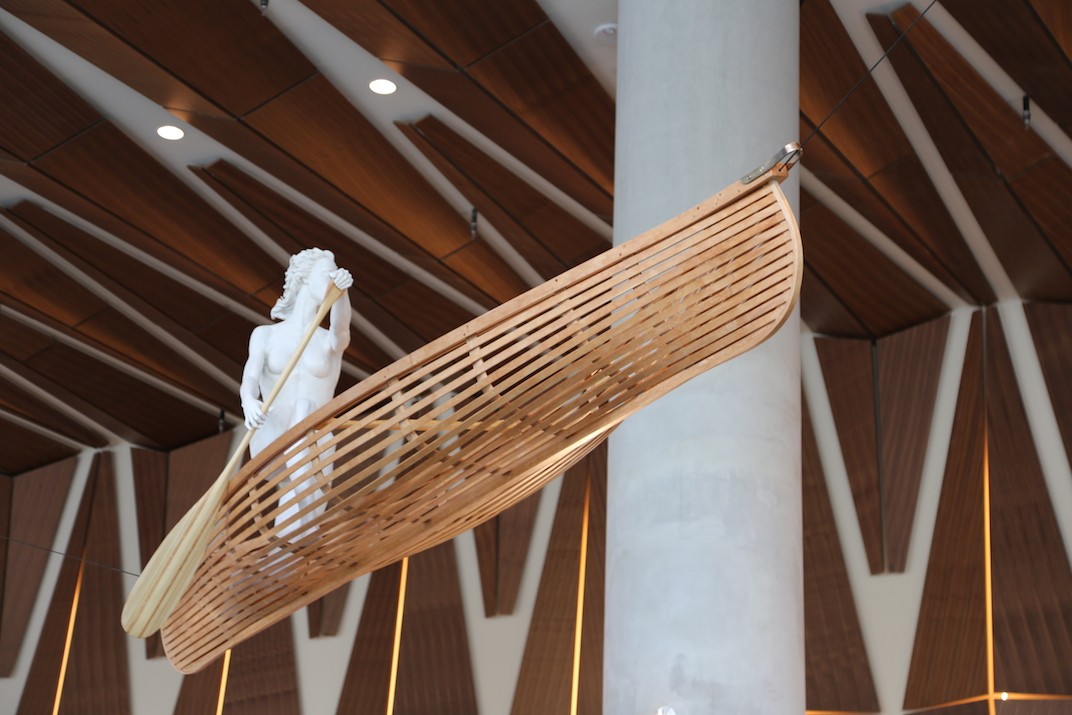 Guests will have access to amenities such as a large rooftop patio on the 24th floor that boasts panoramic views of the region and mountains.

In total, the hotel property has about 8,000 sq. ft. of meeting spaces, including a ballroom and the rooftop patio. 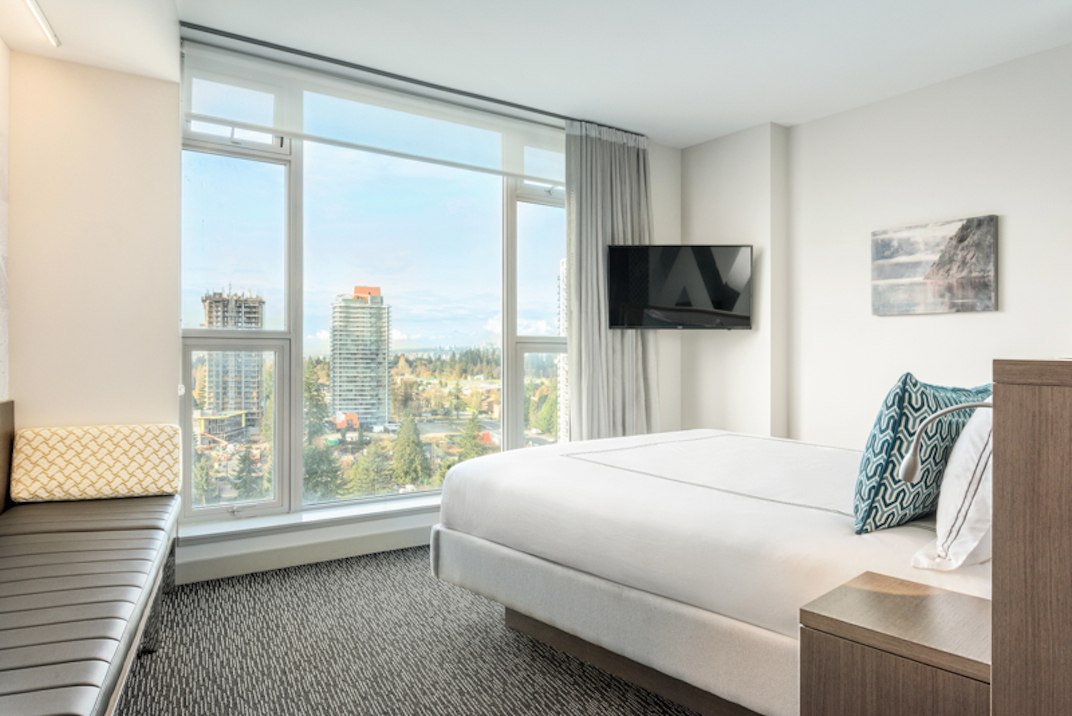 The hotel would not be complete without a major dining option for both guests and the general public. Dominion Bar + Kitchen, a unique fusion restaurant in the hotel lobby, offers everything from Bao Mac (a mini-cheeseburger in a Chinese-style open-side bun) to the Jager Chicken (marinated in Jagermeister and served with German spaetzle noodle dumplings).

Civic Hotel occupies the lower floors of the 52-storey, 540-ft-tall tower, which also has a 50,000 sq. ft. satellite campus for Kwantlen Polytechnic University in an adjacent space and 325 units of market housing within the upper floors above the hotel.

The tower is designed by Vancouver-based firm ZGF Architects.