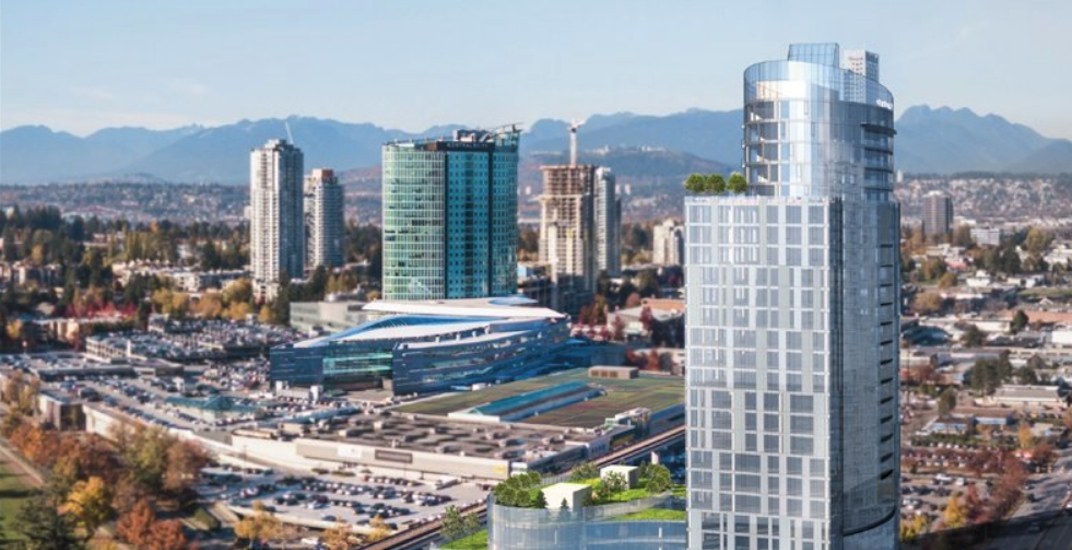 The owner of the Central City office and shopping centre complex in downtown Surrey has plans to build a second office tower on the property.

During last week’s Invest Surrey Launchpad event, plans by Blackwood Partners to develop the northwest corner of its property at 100 Avenue and King George Boulevard with a significant office tower were revealed.

The site is currently occupied by a retail building occupied by Best Buy and ground-level parking.

Few details are available at the moment, but in a tweet the City of Surrey released a preliminary architectural rendering and said there will be 500,000 sq. ft. of AAA office space and the building will aim for a LEED Gold environmental certification.

The proposed tower’s floor area size would make it the largest new market-oriented office space in Surrey since the construction of the original Central City tower.

It is unclear whether there will be a direct indoor connection between the shopping mall and office tower, given the sites are separated by the elevated SkyTrain guideway.

At this time, no formal application has been submitted to the municipal government; the City of Surrey and Blackwood Partners were unable to provide further comment given the early stage of the project. 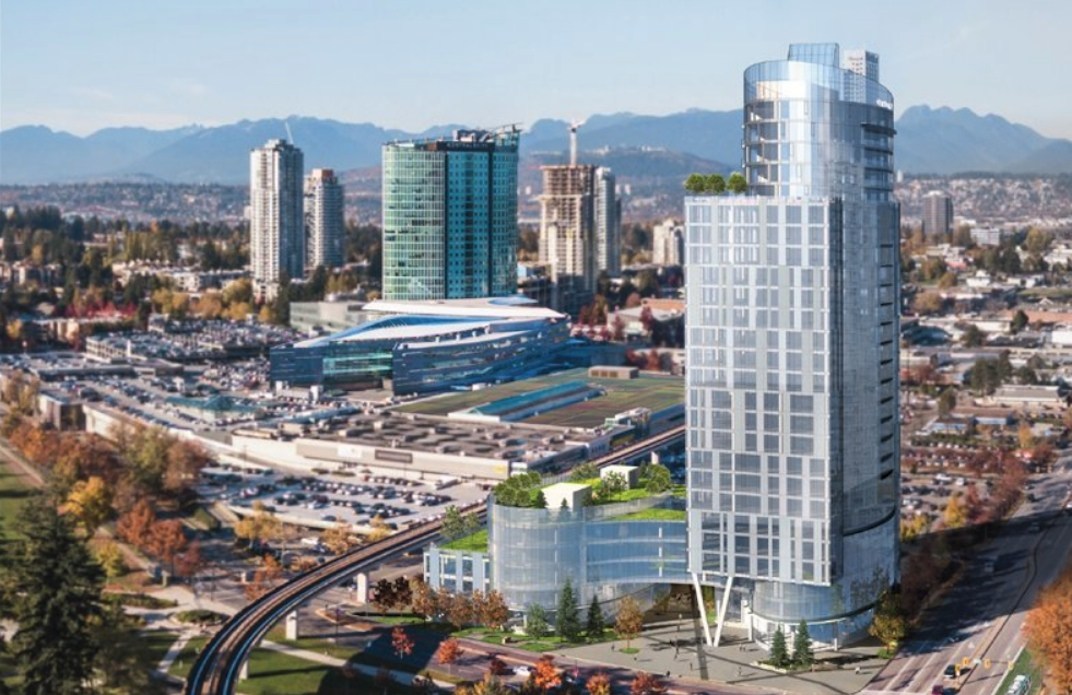 Developments worth billions of dollars combined in the city centre area are expected to come to fruition over the coming decade. This includes condominium towers, an expansion of the health district, the 50-storey GEC Education Mega Centre, and a Hilton-operated hotel.

Later this fall, 3 Civic Plaza tower will also reach completion, which includes the opening of the Marriott-operated Autograph Collection hotel – the most upscale hotel in the city.