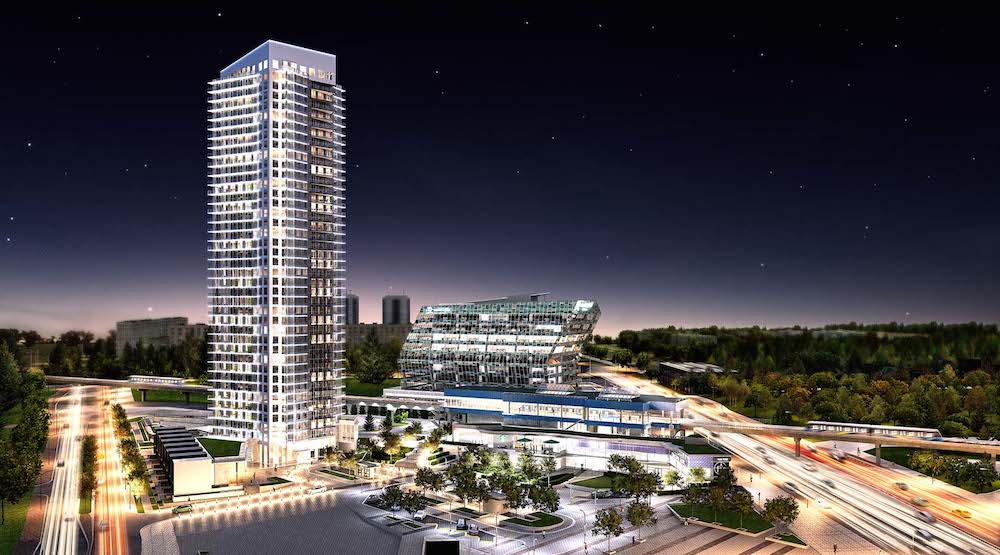 There’s nothing quite like it anywhere else in Metro Vancouver. When complete, one of Surrey’s newest residential towers will not only be a light show in the city’s emerging skyline but also a giant beacon signalling the arrival of a passing SkyTrain.

Concord Pacific’s Park Boulevard project will illuminate and light up when a train arrives at the Expo Line’s King George Station, which is conveniently immediately adjacent to the 41-storey development.

When complete, it will be Canada’s first interactive illuminated residential tower – a symbol of Surrey’s growing vibrance, cultural vitality, and a celebration for a growing transit-oriented community. Residents in the 419-unit tower, built with one- to three-bedroom suites and townhomes, will not be exposed to the light as the spectacle will only be seen from the outside.

Those calling Park Boulevard their home can expect building amenities such as an indoor pool, tepidarium, hot tub, sauna and steam room, experience shower, sports lounge, on-site business centre, fitness centre, and an indoor badminton court. As well, there will be one highly unique amenity – a bowling alley. 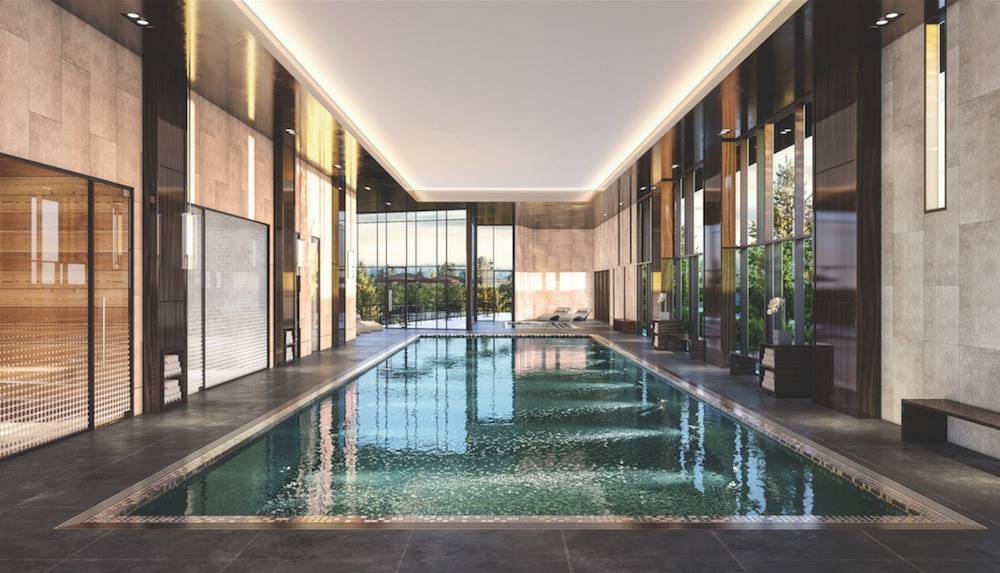 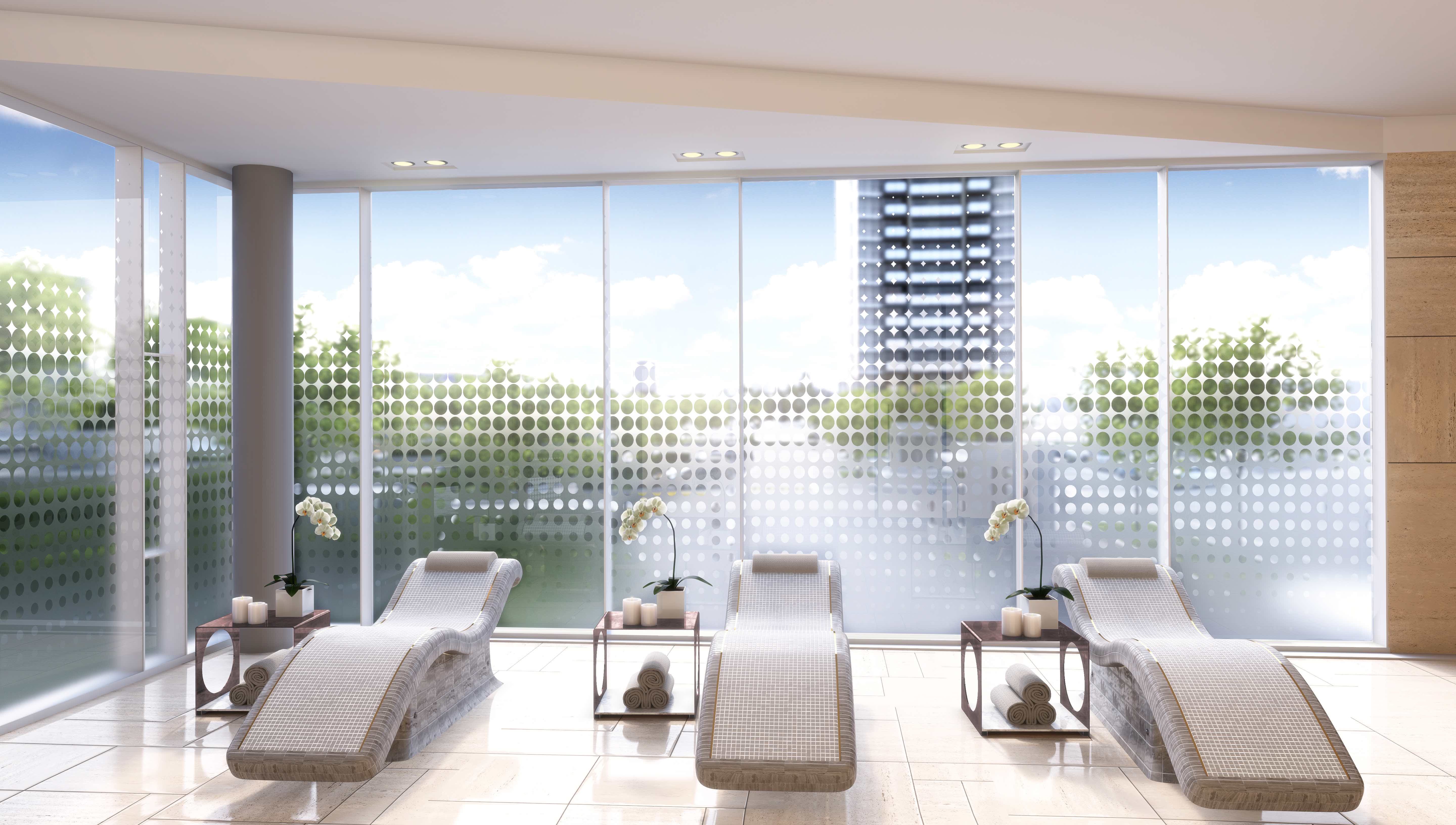 And in anticipation of the growing shift towards sustainable transportation, approximately 25% of all parking stalls at the building will be outfitted with plug-in sockets for power electric vehicles.

As well, especially for those who want to keep their cars in the parkade, the transit options serving the immediate area around King George Station are about to grow exponentially. The planned light rail transit network, along with increased bus service, will turn the station area into an even larger transit hub.

But Park Boulevard’s location is more than simply about convenience. The area has been designated as Surrey’s very own downtown zone, a high-growth area, where residents can expect a highly walkable and exciting community with ample parks and retail, dining, and entertainment options.

Holland Park, Surrey’s answer to Stanley Park, is located just footsteps away and provides residents with outdoor recreational opportunities as well as summertime entertainment, whether it be the annual massive music festival that attracts some of the biggest names in music or the Canada Day fireworks. 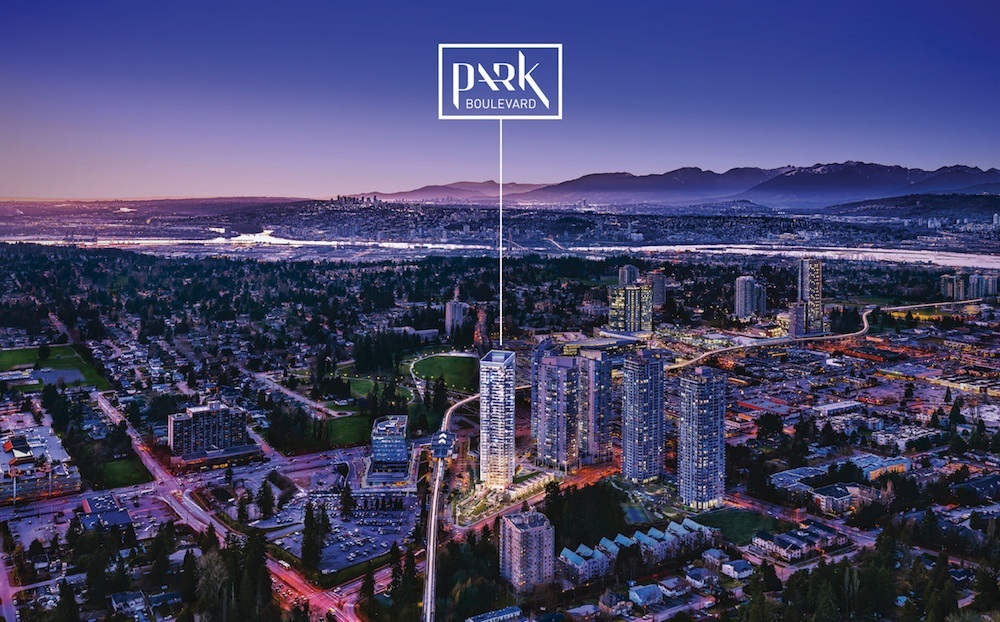