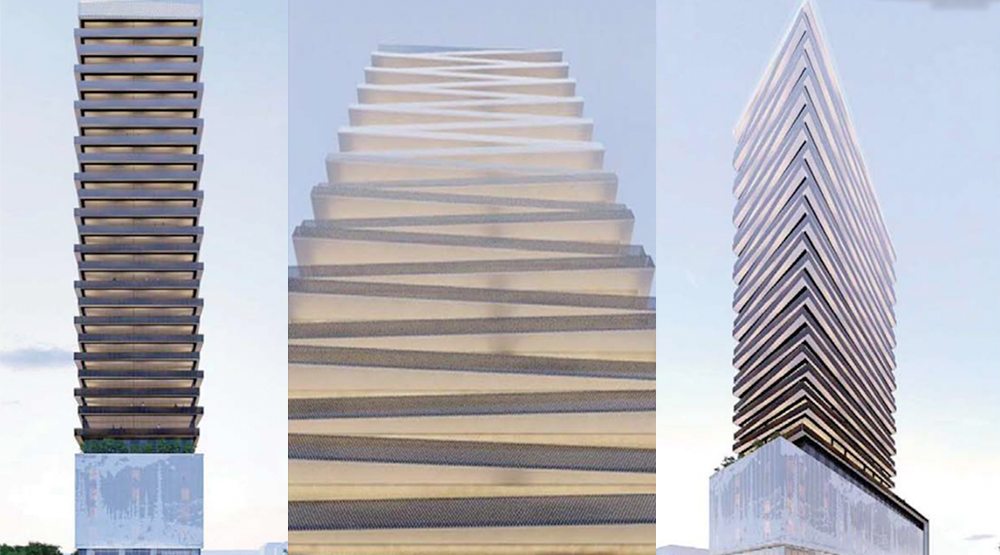 The tides of economic confidence are on the upswing for Surrey as another major hotel has been approved for its emerging downtown area.

A 112-room hotel within a six-storey podium at the base of the tower will be operated by the Hampton by Hilton chain. The hotel will also operate a 1,432-sq-ft commercial space on the ground level as a wine bar. 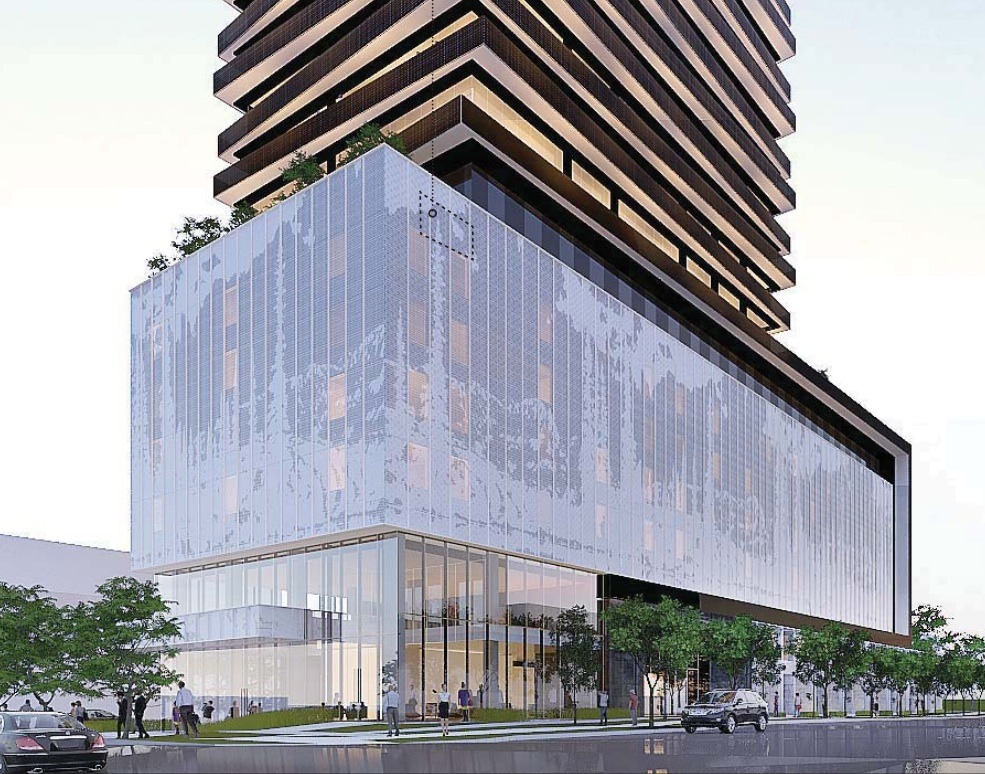 Artistic rendering of the approved Hampton by Hilton hotel and residences. A box on the upper corner of the podium shows the location of the planned hotel exterior signage. (Architecture49 / Yanna Holdings)

From the eighth floor upwards, there will be 181 units of market residential housing, including 24 bachelor units, 83 one-bedroom units, 43 two-bedroom units, and 23 three-bedroom units. As well, along the ground level of 98th Avenue, eight two-storey townhouses will provide street frontage.

Between the hotel and residential portions of the tower, the seventh floor is slated to become an indoor and amenity space for residents. Indoor amenities for residents include a meeting room, two multi-purpose spaces with a kitchen while outdoor amenities on the podium’s rooftop consist of a seating area, a BBQ area, outdoor fire pit, dog play area, an outdoor exercise area, and a multi-purpose lawn area.

Other indoor amenities within the sixth floor, such as a fitness centre and swimming pool, will be shared between hotel guests and residents.

The development will have more parking than is required in the municipal government’s zoning bylaw. Four levels of underground parking will provide space for 395 parking spaces, including 252 resident parking spaces and 102 parking spaces for the hotel.

The tower’s architectural features are intended to make it a landmark in the area.

“The dynamism of the tower is accentuated by the floor slabs that are systematically rotated in plan, creating an interesting visual effect in the panorama of the city’s skyline,” reads Architecture49’s design rationale. “The hotel levels are expressed as a textured volume with a graphic treatment imitating the natural surroundings of the city of Surrey. This gesture reinforces the concept of the building acting as a beacon of light within the urban context.”

“The diversity of the programmatic elements within the project influence the tectonic approach of the envelope’s texture and materiality.”

Construction on the tower could begin as early as next year.

This project follows the expected fall 2017 opening of Civic Hotel, Autograph Collection by Marriott at the under-construction 3 Civic Plaza tower next to City Hall. 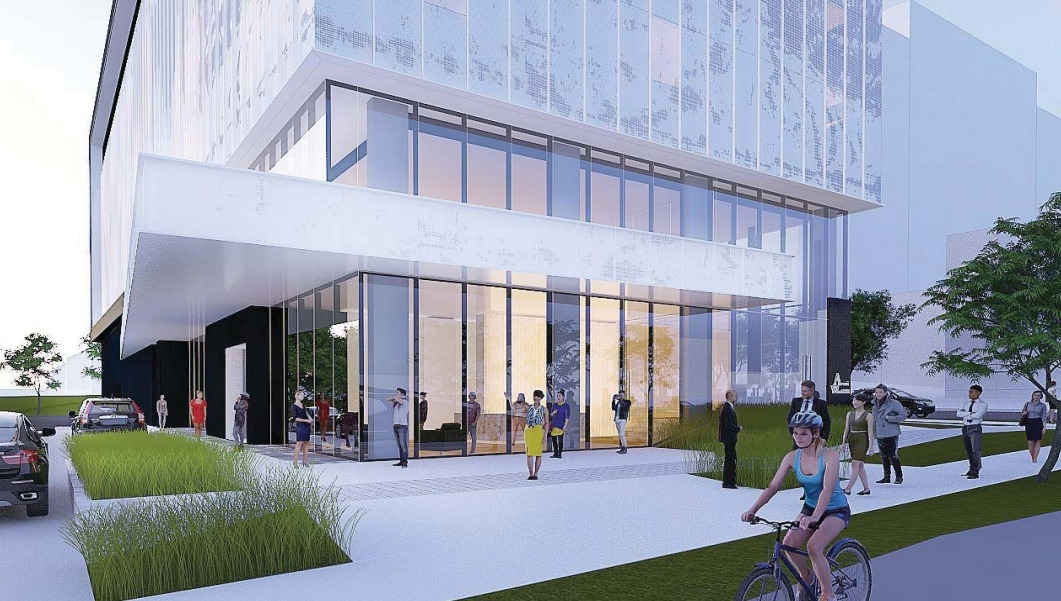