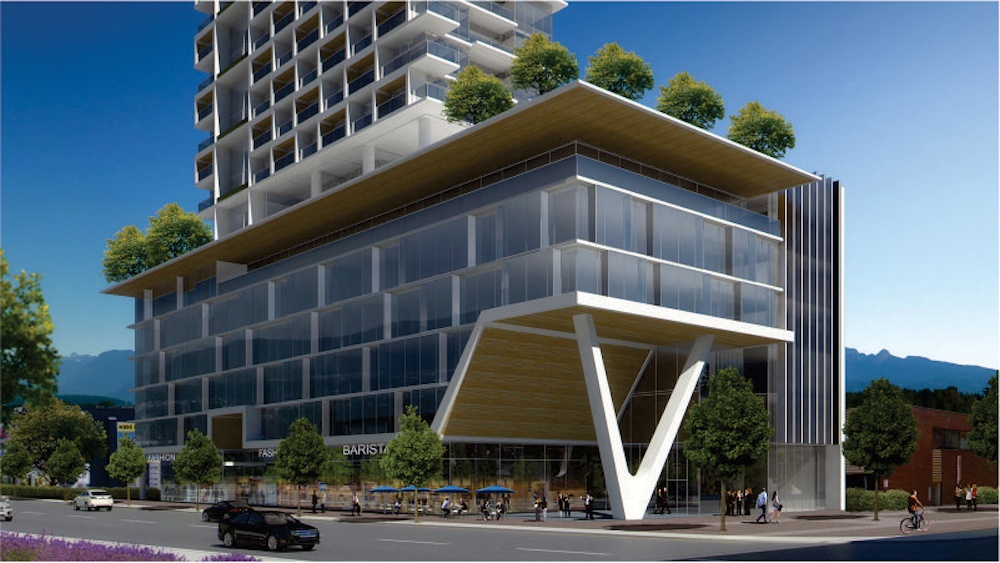 A proposed 50-storey-tall education hub geared mainly for international students in Surrey City Centre could be a major catalyst for the revitalization and further economic development of the immediate downtown area. It would be located on a site across from Central City Shopping Centre, Simon Fraser University’s Surrey campus, and the future Kwantlen Polytechnic University campus at 3 Civic Plaza.

CIBT Education Group and local real estate developer WestStone Group announced their joint partnership today to build the ‘GEC Education Mega Center’ on the former site of the Stardust Roller Rink on 102 Avenue. The building will have a floor area of 550,000 square feet, matching the size of the office tower at Central City, and cost $230 million to construct. 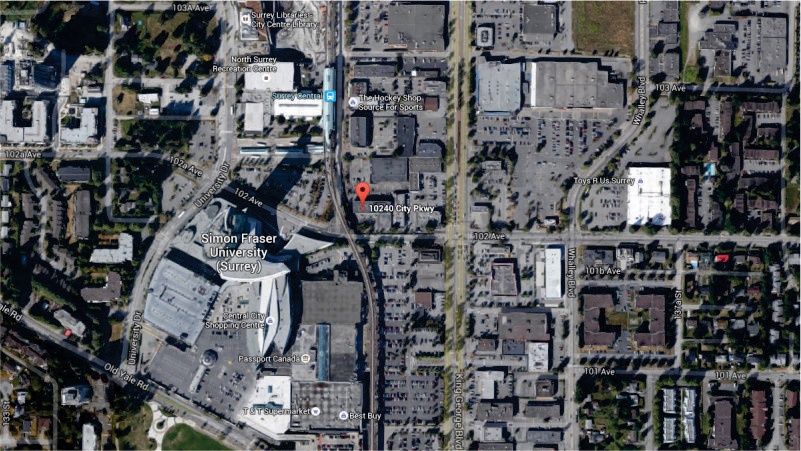 According to a release, the first two levels of the so-called Mega Center will consist of supporting student amenities such as a food court, student lounge, computer centre, electronic library, conference rooms, and office space for education consultants and other industry-related services.

As intended, the building is mainly designed for students studying in Metro Vancouver from abroad: Floors three to six will be leased to educational institutions from around the world; floors eight to 26 will be purposed for residential suites; floors seven to 27 will be utilized for amenity spaces such as a fitness centre, lounges for long-term residents and student hotel guests; and floors 28 to 49 will be a Global Education City Holdings’ (GEC) flagship student hotel for short-term stays. The front desk and check-in area for the student hotel will be located on the top level – floor 50. 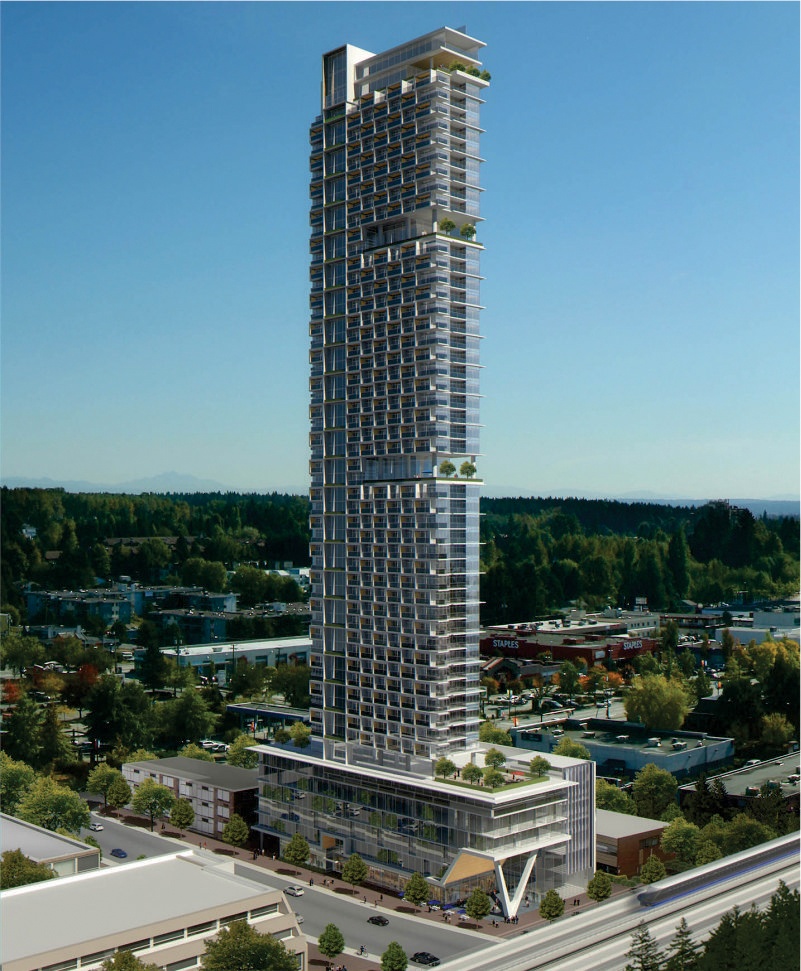 “International student enrolment across British Columbia has been growing at an astonishing rate of approximately 25% since 2014 generating over $5 billion in gross income for the province,” Toby Chu, President, CEO, and Chairman of CIBT Education Group, said in a statement.

“This is despite the fact that Metro Vancouver not only has some of the most expensive real estate in the country, but also vacancy rates of 0.3% in certain parts of the city forcing students to live in expensive buildings that aren’t necessarily in close proximity to their school.”

Based in Vancouver, CIBT operates in 11 other countries, including in China, Philippines, Vietnam, and sees an enrolment of over 8,000 students every year at 27 locations. Its education businesses include Sprott Shaw College, Ascenda School of Management, CIBT School of Business China, and Global Education Alliance Recruitment Centers in China and other overseas countries.

This proposed project is also near SkyTrain stations and public amenities and facilities such as the new Civic Library and the City Hall, some of the newest institutional facilities built in the downtown core.

“The GEC Education Mega Center will create an opportunity for students from across the province to live in affordable, high quality student housing that is central to public transit,” Chu said. “As well, we intend to aggregate a variety of schools to create satellite locations on our campus benefiting educators and, more importantly, students. This will be advantageous for students in our province and we are very excited to be bringing this opportunity to them.”

“WestStone has been actively involved in the build-out of Surrey City Centre for well over a decade now,” said Brian Regehr, President and CEO of the WestStone Group. “We are proud to be building in this city and watching it evolve into British Columbia’s next great Metro Centre. Quite a while ago the City of Surrey adopted the slogan ‘The Future Lives Here’ and it’s so rewarding to see that becoming a reality as Surrey becomes the preeminent centre of economic growth south of the Fraser.”

Surrey’s current largest development, the 52-storey-tall 3 Civic Centre, is now under construction. When complete in 2017, it will be the municipality’s tallest tower and consist of a 144-room boutique hotel operated by Marriott Autograph Collection and 349 condominium units.