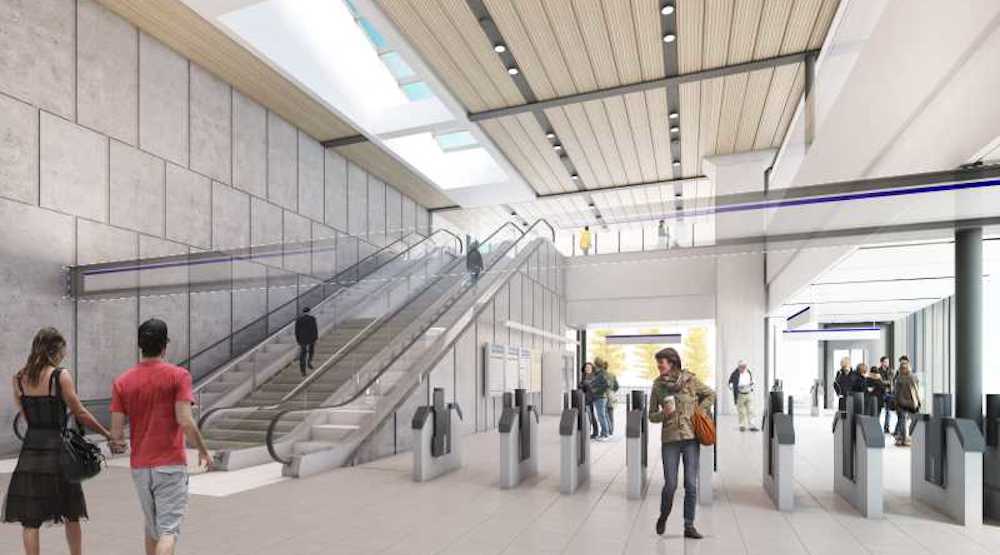 Another SkyTrain station on the Expo Line is set to receive a major aesthetic and functional upgrade.

TransLink announced today it is moving forward with a $25-million plan to provide Surrey Central Station with an overhaul that will include a new elevator, three new escalators, a new staircase, and improved lighting. There will also be two new entrances on the north side of the station to improve capacity and passenger flow.

As well, the station will be integrated to its changing urban environment that includes the expansion of the SFU Surrey campus and the construction of 3 Civic Plaza. 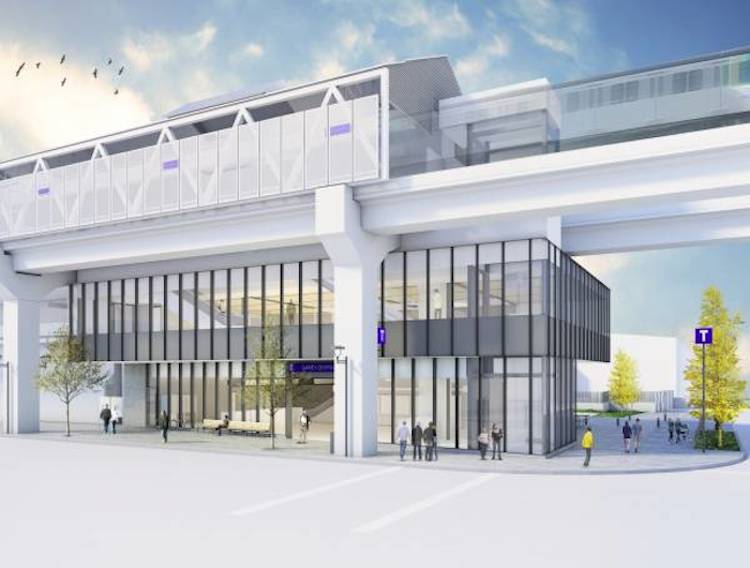 Artistic rendering of the renovated and expanded structure for the Surrey Central Station. (TransLink)

Plans to retrofit Surrey Central Station are part of a wider plan to renew stations on the Expo Line. Extensive retrofits have already been completed at Main Street-Science World, New Westminster, and Scott Road stations, and significant upgrades are currently being performed on Commercial-Broadway and Metrotown stations.

The $60-million Commercial-Broadway Station upgrade includes a new fourth platform for the inbound direction into downtown Vancouver and new and wider pedestrian overpasses across Broadway and Grandview Cut between the Expo Line and Millennium Line platforms.

And at Metrotown Station, there have been significant changes and disruptions over the past year to complete a $55.5-million improvement of the station, which was planned and built before the opening of the adjacent shopping centre. Upgrades at this station include a rebuilt east station entrance, new entrances at the centre of the station and the west end of the station, a number of new escalators and elevators, an extension of the platform, and new passenger amenities.

The old pedestrian overpass at Metrotown Station has been demolished, forcing passengers to use the street-level crosswalk. A new pedestrian overpass, providing a more convenient and safer link to the station, is dependent on funding and a design approved by the City of Burnaby.

Work on both Commercial-Broadway and Metrotown stations will be complete by spring 2018. As for Surrey Central Station, construction will begin next month for a completion by the end of 2018.

“With ridership up 4.5% in 2016, it’s clear demand for transit is continuing to grow as the population grows,” said TransLink CEO Kevin Desmond in a statement.

“Investments like the renovations at Surrey Central Station and at the six other stations along the Expo line are essential to help us keep customers moving smoothly and create a vibrant, welcoming hub that’s part of the surrounding community.”

All of these station upgrades across the Expo Line will create approximately 64,000 square feet of new station space. There will also be nine new elevators and 20 new escalators to improve passenger accessibility and circulation as well as capacity. 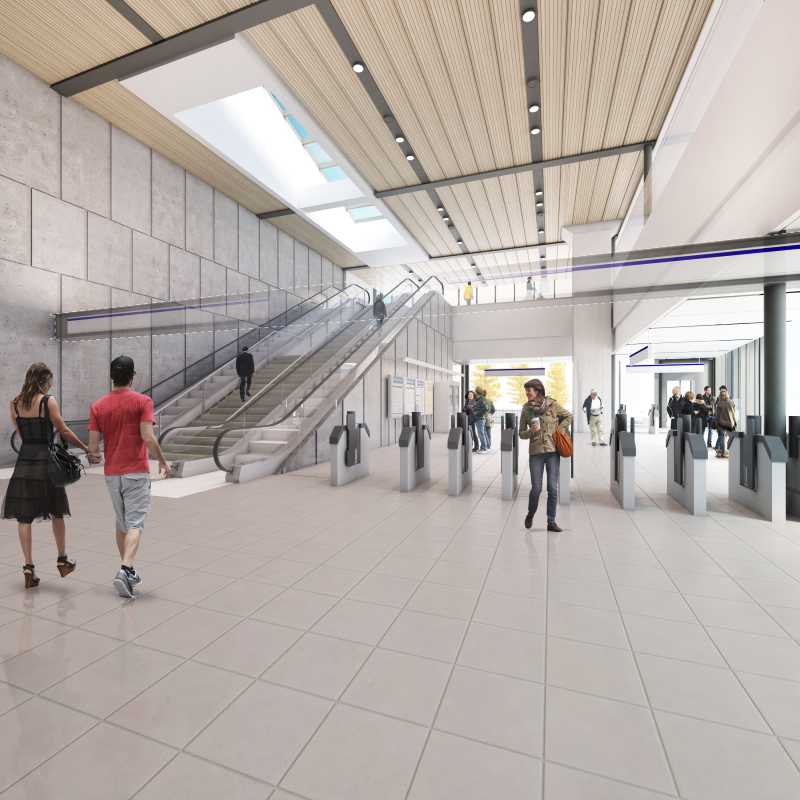