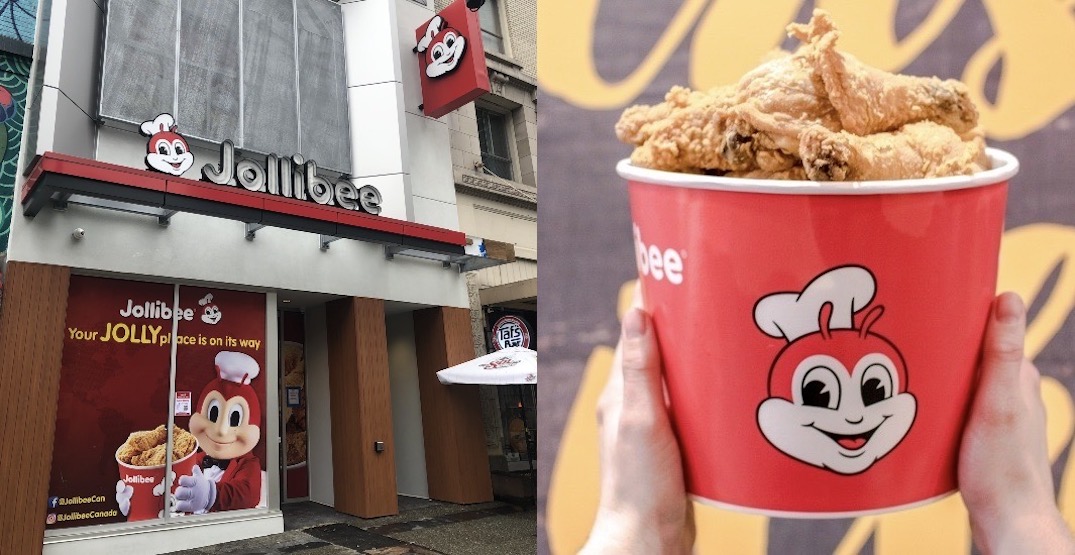 Dished Vancouver was the first to report the news of the new downtown Vancouver restaurant back in spring 2020.

At that time, it was confirmed to Dished that Jollibee’s first BC location was slated to open at 833 Granville Street, the former location of ShuRaku Sake Bar & Bistro, which closed in September 2018.

Since then, the brand has revealed plans for three additional upcoming locations in BC including Cambie and West Broadway in Vancouver and Strawberry Hill Shopping Centre complex and 9900 King George in Surrey.

The hugely popular purveyor of Jolly Crispy Chicken, mashed potatoes, gravy, and hot-dog-studded Jolly Spaghetti has opened locations across Canada, but BC has yet to see its first restaurant opening.

Jollibee is the largest fast-food chain brand in the Philippines, operating a Philippines network of more than 1,400 stores. 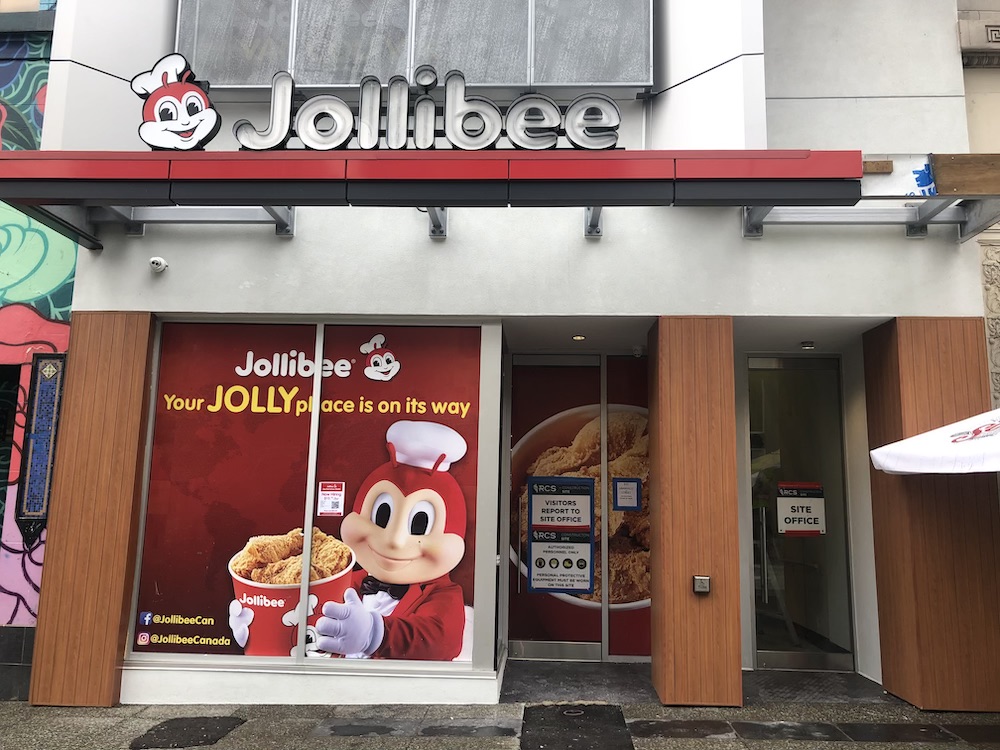 The Granville Street restaurant is looking like it’s getting closer to opening. The exterior finish and signature Jollibee sign have been installed.

Branded signage stating “Your Jolly Place Is On Its Way” is certainly enough to get us excited. 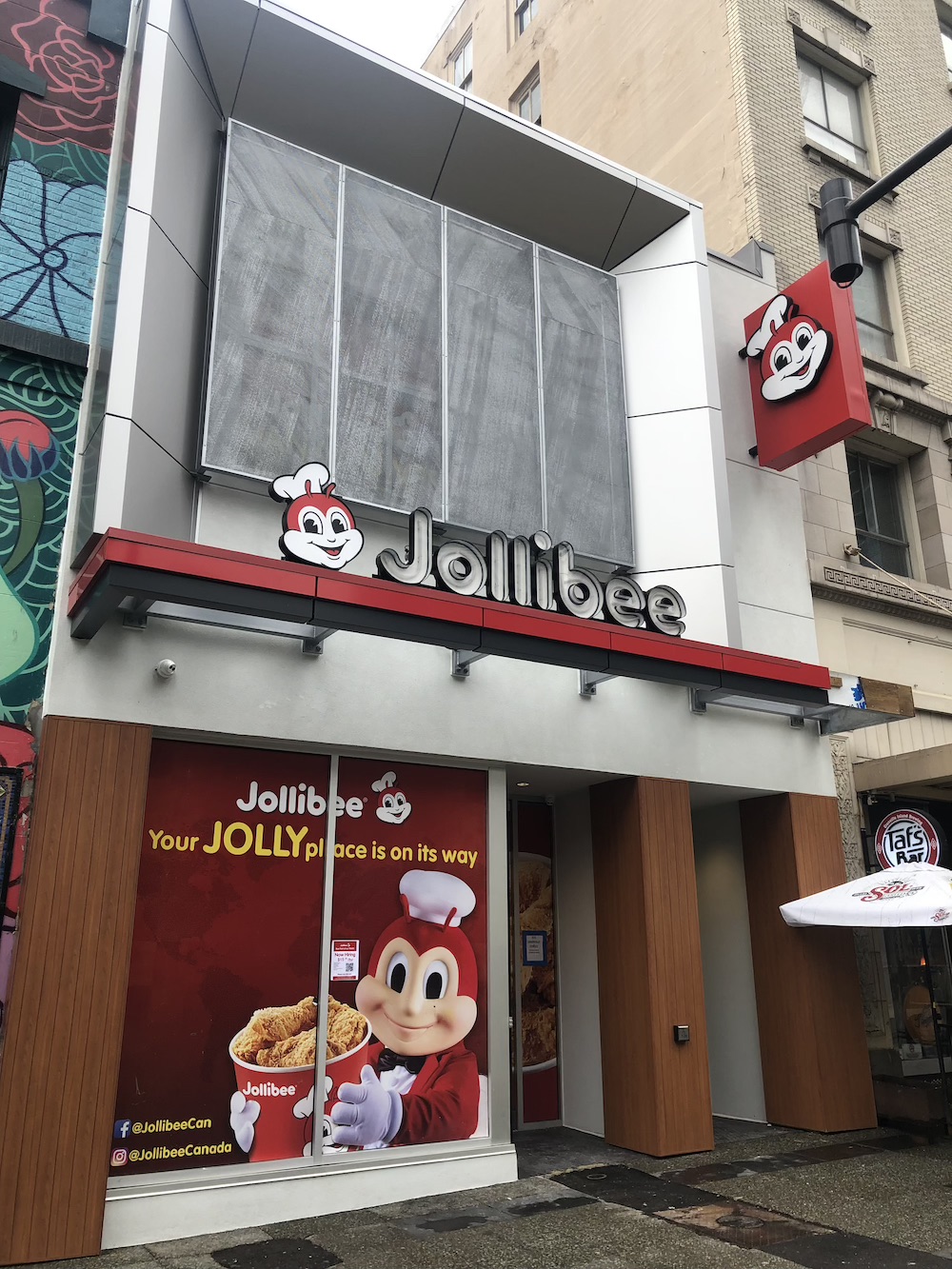 Dished Vancouver has reached out to Jollibee for an updated opening date on the Granville Street outpost, so stay tuned for updates.

In 2019, the brand announced big expansion plans. At that time, the company aimed to have 250 Jollibee stores open across North America by 2023.

Since that announcement, Jollibee has opened several new locations in Calgary, Edmonton, Regina, and parts of Ontario as well.