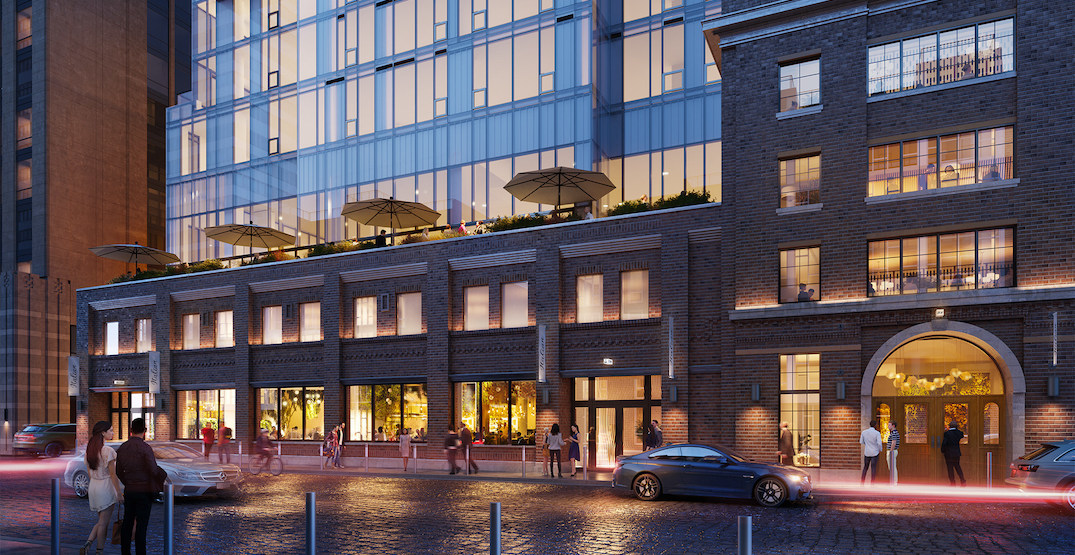 Construction for the first-ever Canadian Nobu Hotel and restaurant is still underway in Toronto, and real estate development company Madison Group has unveiled further details on the upcoming development.

A brand new rendering of the building’s historic entrance was released to the public on Tuesday, with Toronto-based Teeple Architects and interior design firm Studio Munge behind the Nobu Residences Toronto’s design.

The image shows the historic brick podium that was retained during the building’s construction, with a rooftop terrace and a sleek glass tower above. 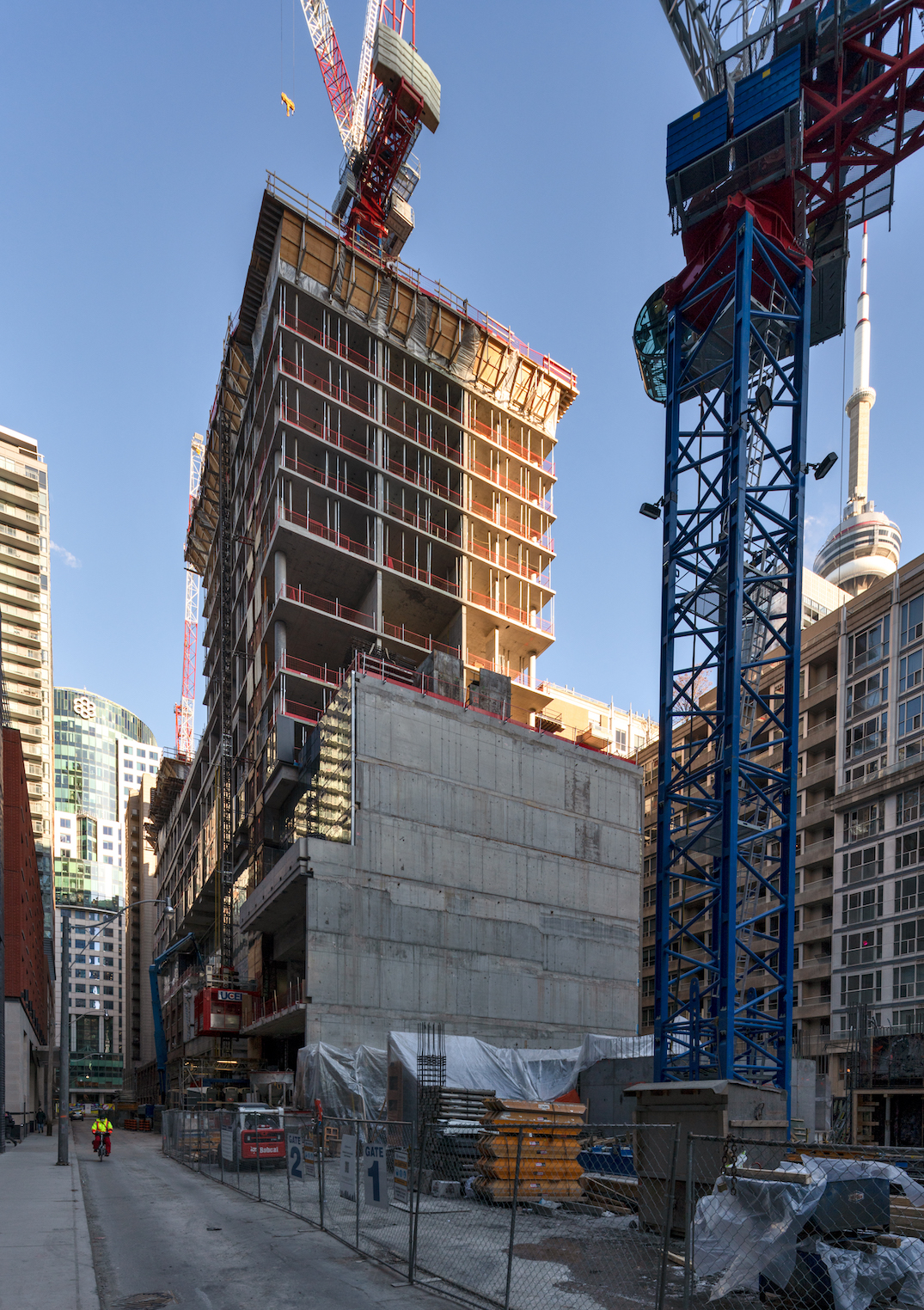 The Nobu Residences, which will occupy the upper floors of the two-tower development, are set to be “dedicated to distinguished luxury, incorporating historical facades from the Pilkington Glass Factory,” according to a release.

There will be a total of 650 condo units spanning each of the towers’ 45 storeys. The podium base will have both indoor and outdoor amenities as well as 6,000 square feet of commercial retail space. 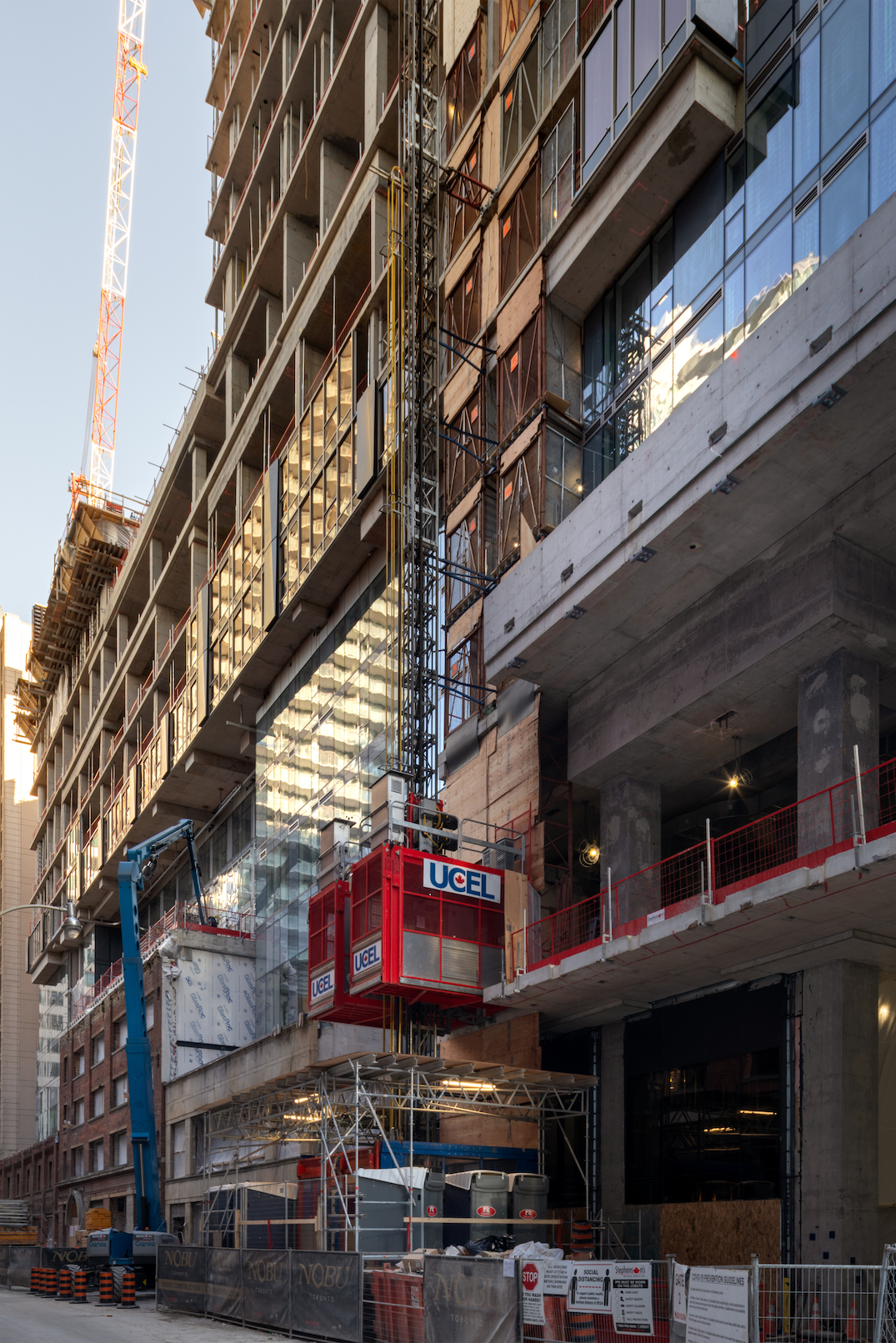 “Nobu Toronto is set to be Toronto’s new it-spot, making for a prime location for many businesses that wish to align their brand with the prestige and excitement of Canada’s first integrated Nobu Residences, Hotel and Restaurant,” the release reads.

As for what’s going on construction-wise, concrete is still going up on the mid-section of both of the towers and glass panels are being installed on the lower levels ahead of the building’s opening this year.

“Construction for the fully-integrated Nobu Residences is well underway, with the first scheduled occupancy to be in 2022,” said Josh Zagdanski, vice-president of high-rise at Madison Group. “We couldn’t be more excited to be closing in on this transformative project that will anchor a re-envisioned Mercer Street.” 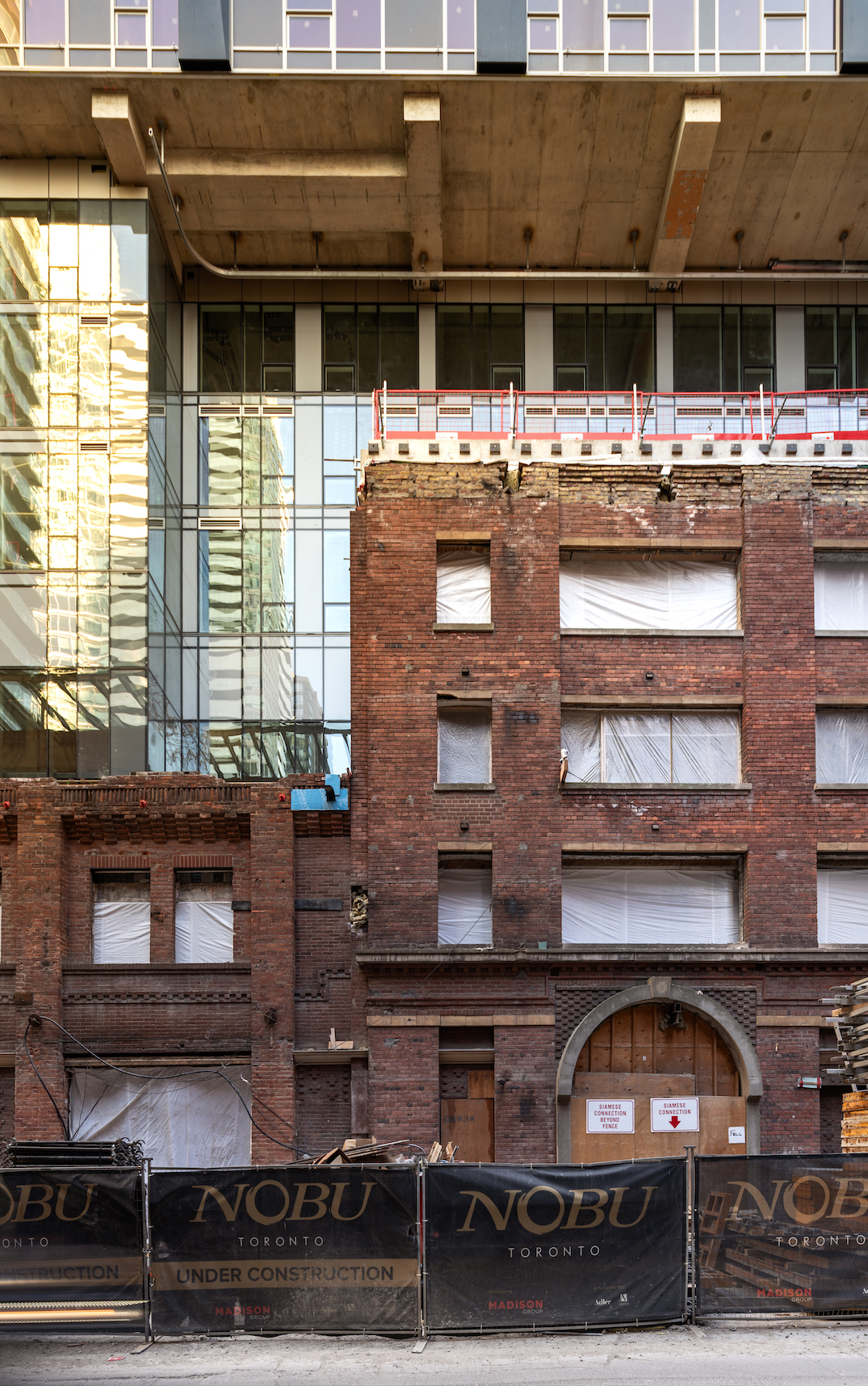 Updates for the highly anticipated Nobu Hotel and Restaurant will be released later this year in Spring 2022.