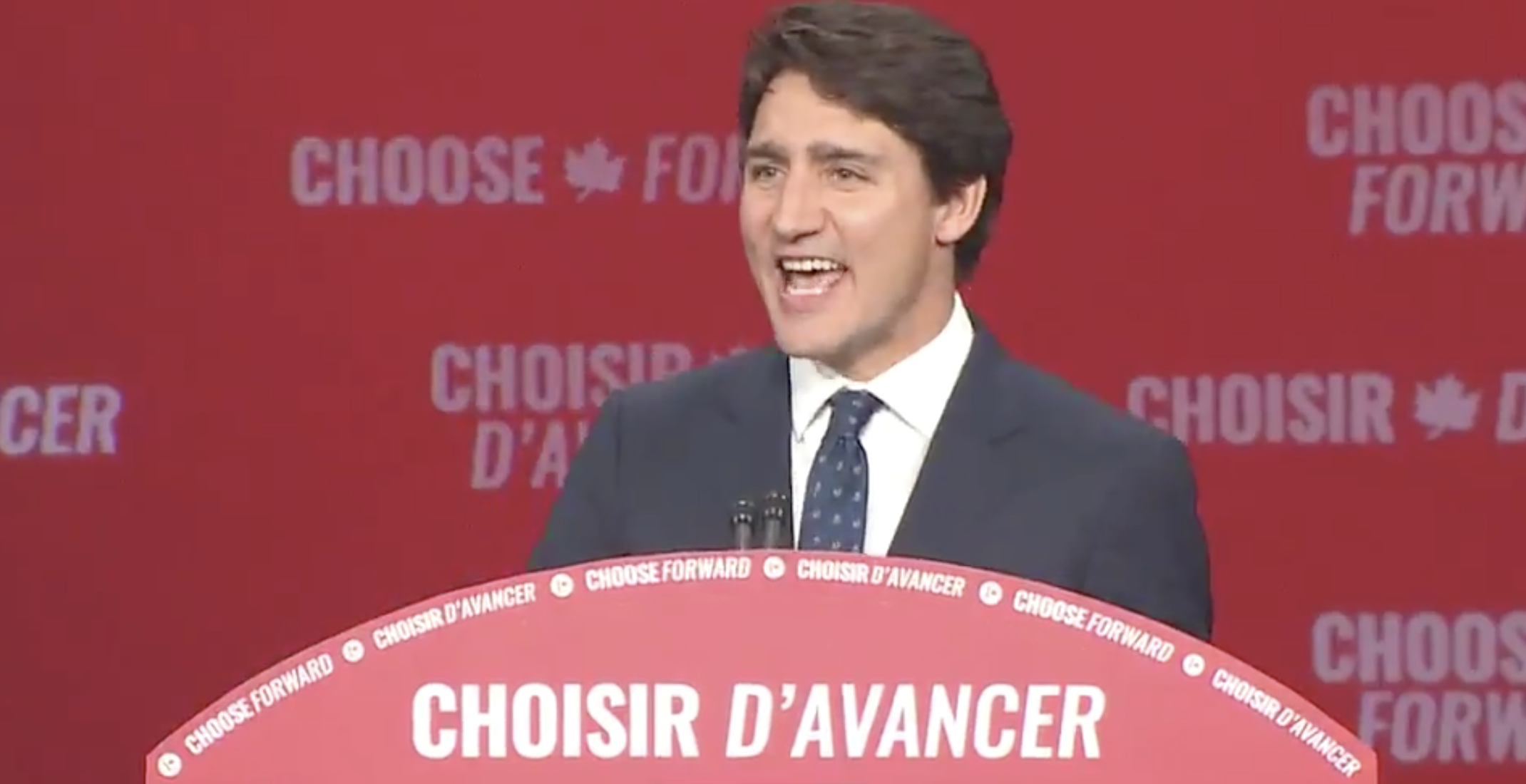 Liberal Leader Justin Trudeau broke the campaign deadlock with Conservative Leader Andrew Scheer and prevailed in Canada’s 43rd general election on Monday. The Liberals won the most seats but fell short of a second majority government.

As the campaign unfolded, the NDP under Jagmeet Singh made significant polling gains, raising his party’s standing across the country. But that didn’t translate into actual seats. It was a big night for Bloc Quebecois Leader Yves-Francois Blanchet, who revived his party’s fortunes and made it a force to be reckoned with after its decline in the 2011 and 2015 elections.

Here are five things about how Monday’s vote reshaped the political power balance in Canada:

The Canadian electoral map is now coloured Liberal red in the east and gradually takes on a Conservative blue hue as you move west. The popular vote, as of midnight, mirrored the pre-election polls  –it was roughly 34-33 Conservative. But distribution of those votes across the ridings favoured the Liberals. Ontario provided the gateway to the Liberal victory with the party picking up almost two-thirds of the province’s 121 seats. Trudeau spent much of the campaign shellacking Ontario Conservative Premier Doug Ford for cutting education, health and other services. He warned Ontario’s most populous province to correct that balance and vote Liberal. The message appeared to resonate in Ontario’s key battleground —- the so-called 905 belt of the suburban communities around Toronto. The Liberals were elected or leading in 20 of the 25 seats in the 905.

But the Conservatives laid on a shellacking of their own in Western Canada. They owned Alberta, winning all but one of its 34 seats (the NDP won the other) and they swept all 14 seats in Saskatchewan, vanquishing long-time Liberal cabinet minister Ralph Goodale along the way. The Conservatives also eked out a victory in British Columbia, winning a slight plurality in a province where a three-way split with the Liberals and NDP had been predicted by pollsters.

Any hope of a Liberal majority was stopped dead by the resurgence of the Bloc Quebecois in Canada’s second most vote-rich province. The Bloc wasn’t a factor in 2015. It won only 10 of the province’s 78 seats, while the Liberals picked up 40. As of late Monday, the Liberals held a slight 35-32 lead over the Bloc, elected or leading, while the two parties were in a virtual tie for the province’s popular vote. The Liberals won’t be beholden to the Bloc to hold onto power in a minority government because the NDP picked up enough support to buttress the Liberals. For now, it appears Blanchet, a former Parti Quebecois cabinet minister, isn’t interested in pursuing sovereignty. But the Bloc is back in business in Ottawa with full party status.

Like his father before him, Justin Trudeau became a polarizing figure after winning power. But relatively speaking, he fared better than his father when Pierre Trudeau sought re-election in 1972. The elder Trudeau won by the slimmest of margins — just two seats — while his son fell only about a baker’s dozen seats short of an actual majority on Monday night. The “Trudeaumania” of 1968 and the “Sunny Ways” of 2015 did not translate into new majority mandates. Both Trudeaus faced decidedly less flamboyant Conservative opponents in Robert Stanfield and Andrew Scheer. Neither was able to win more seats than a Trudeau.

4. The NDP survives but does not thrive under a resurgent Singh

NDP Leader Jagmeet Singh entered the campaign with the future of his party in doubt. Serious questions hung over his ability to lead. Fundraising was flagging and finding a full roster of candidates for all 338 ridings appeared a difficult task. But Singh came on strong in the campaign and his personal likability soared thanks to what was widely seen as a winning performance in the English-language leaders’ debate. Polls showed that Singh seemed to be running a strong underdog campaign in many regions of the country that could catch fire and hurt the Liberals. His personal popularity soared, especially among young people. But that didn’t translate into seats. Tom Mulcair won 44 seats in 2015, and as of late Monday under Singh, the NDP stood at elected or leading in 25 ridings.

5. A rough ride for Independents

Trudeau’s biggest scandal going into the election was the resignation of two high-profile female cabinet ministers: Jody Wilson-Raybould, his attorney general, and her ally Jane Philpott. Wilson-Raybould resigned after she said she had been inappropriately pressured by the prime minister, his office, other ministers and senior public servants to intervene in the criminal case against Montreal engineering giant SNC-Lavalin. Philpott soon followed. Trudeau eventually kicked both women out of the Liberal caucus, but they sought re-election as Independent candidates. Wilson-Raybould was re-elected in a tight three-way race in Vancouver Granville but Philpott went down to defeat in Markham-Stouffville.