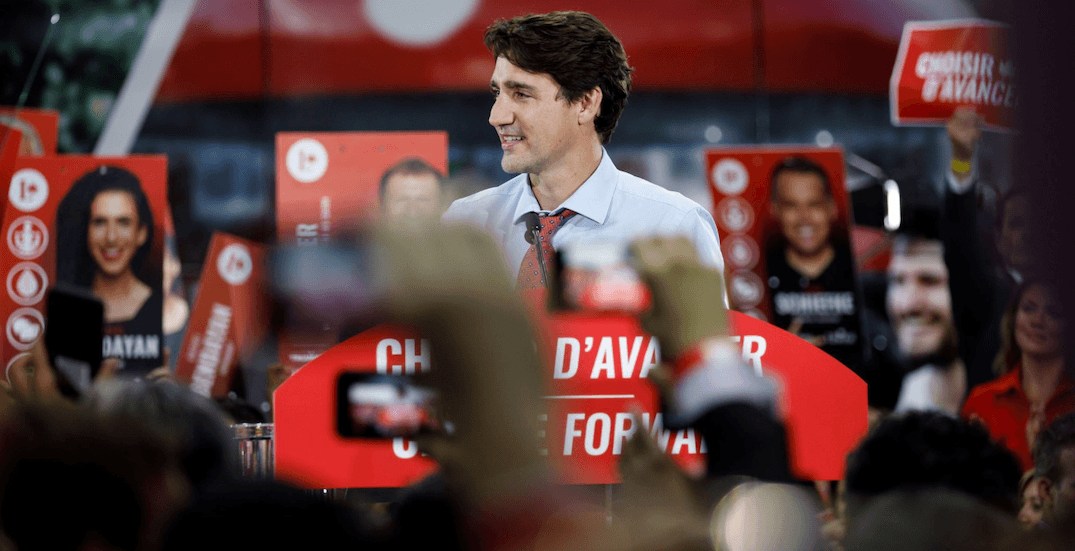 After a long day at the polls and a long night counting votes, Justin Trudeau’s Liberal Party has won the election and will form the next government – albeit a minority this time.

The Liberals took 156 seats out of a possible 338, compared to Andrew Scheer and the Conservatives, who took 122 seats.

And during his victory speech, Trudeau said with their votes, Canadians “rejected division and negativity” in this election.

“They rejected cuts and austerity, and they voted in favour of a progressive agenda, and strong action on climate change,” he continued. “I have heard you, my friends. You are sending our Liberal team back to work – back to Ottawa with a clear mandate: We will make life more affordable, we will continue to fight climate change, we will get guns off our streets, and we will keep investing in Canadians.”

Trudeau said it has been the “greatest honour” of his life to serve as Prime Minister for the past four years, and he thanked voters for putting their trust in him and his party once again. “We will continue what we have begun,” he told the crowd.

“We seek hardship for none and prosperity for all,” he continued. “That is the world we’re working toward, and if we unite around these common goals, I know we can achieve them.”

Recognizing those who did not vote for him, Trudeau said that regardless of how people chose to cast their ballots in this election, “we will fight for all Canadians.”

He addressed voters in in Alberta (where the Liberals failed to win a single seat) and Saskatchewan, specifically, calling voters in those province an “essential part” of the country.

“I have heard your frustration and I want to be there to support you,” he added. “Let us all work hard to bring our country together.”

Here’s how things shaped up this election: