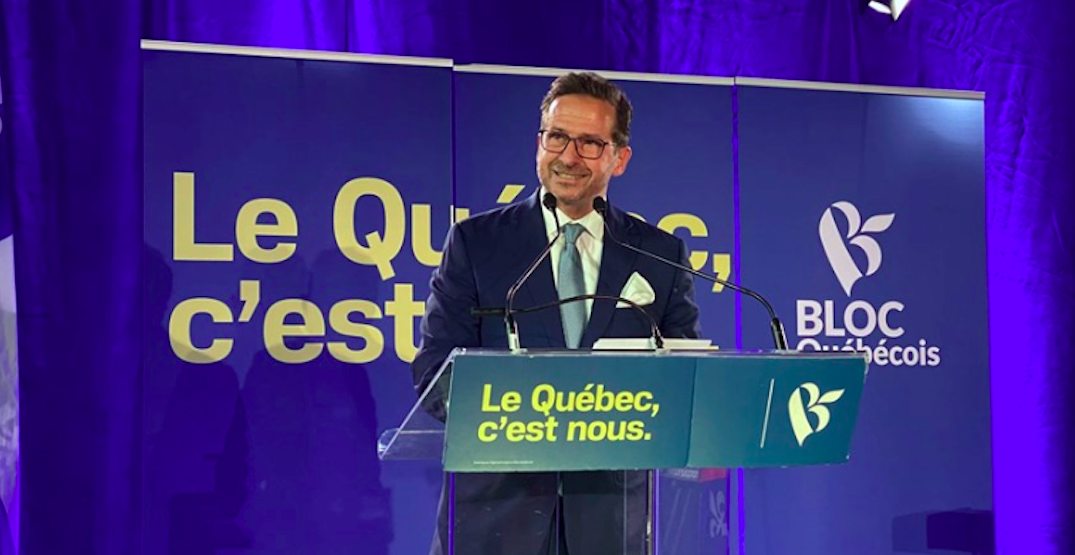 After winning a total of 10 seats in the 2015 federal election, the Bloc Québécois has picked up another 22 seats this time around, to bring the total number of seats for the party to 32.

The party’s resurgence in Quebec was a key factor preventing the Liberals from winning a second majority, meaning they will need at least one other party’s support to pass legislation in a minority Parliament.

Party leader Yves-Francois Blanchet said during the campaign that he hoped a strong contingent of Bloc MPs would hold the balance of power in a minority government and force the governing party to make concessions that would benefit Quebec.

Blanchet’s forces made gains mostly at the expense of the Liberals and NDP, including the symbolic Lac-Saint-Jean riding won by Alexis Brunelle-Duceppe, the son of former Bloc leader Gilles Duceppe.

Widely considered moribund a little more than a year ago, the sovereigntist federal party and its members are hoping gains made Monday will eventually lead to a rekindling of a Quebec independence movement that has been on the decline for years.

As soon as election results began indicating the Bloc would make gains, supporters at election night headquarters in an east-end Montreal theatre began chanting, “We want a country!”

Party leader Yves-Francois Blanchet, however campaigned on a platform that affirmed Quebec nationhood but downplayed independence from Canada. He repeatedly told reporters on the campaign trail that electoral success didn’t mean he had a mandate to push for Quebec independence.

The renewed support, he explained, was because Quebecers wanted Ottawa to respect the decisions of the province’s legislature and recognized they could only trust the Bloc to ensure that happened.

Quebec sovereignty will happen “at the time and in the manner of their own choosing,” he had said of the province’s voters.

Blanchet’s main pitch to Quebecers was asking them to send Bloc members to Ottawa who would fight exclusively for Quebec’s interests among a sea of federally minded politicians with loyalties across the country.

The Bloc also positioned itself as the only party that would champion Quebec’s popular secularism law, which bans some public sector workers from wearing religious symbols on the job.

While the Bloc’s success during the campaign seemed to have surprised many across Canada, party members had a good feeling about their chances before the election began.

Weeks before the start of the campaign, Bloc members spoke about how the “stars were aligned” for the party to regain relevance in federal politics. A major reason for the optimism, they explained, was the 2018 provincial election that brought a majority Coalition Avenir Quebec government to power.

Headed by the unabashedly nationalist Francois Legault, the Coalition government quickly fulfilled major promises the premier described as affirming the Quebecois peoples’ nationhood. Legault’s government significantly scaled back immigration and adopted Bill 21, a law that bans teachers and some other public sector workers from wearing religious symbols at work.

Legault made his presence felt during the campaign, demanding that all party leaders promise not to challenge Bill 21, which was heavily criticized outside francophone Quebec for discriminating against religious minorities.

Liberal Leader Justin Trudeau refused, and Blanchet quickly saw an opening. For the rest of the campaign, the Bloc leader positioned himself against the Liberals and their leader.

And where Trudeau and the other leaders had loyalties across the country that sometimes conflicted with those of Quebec, Blanchet left no doubt as to where his loyalty stood.