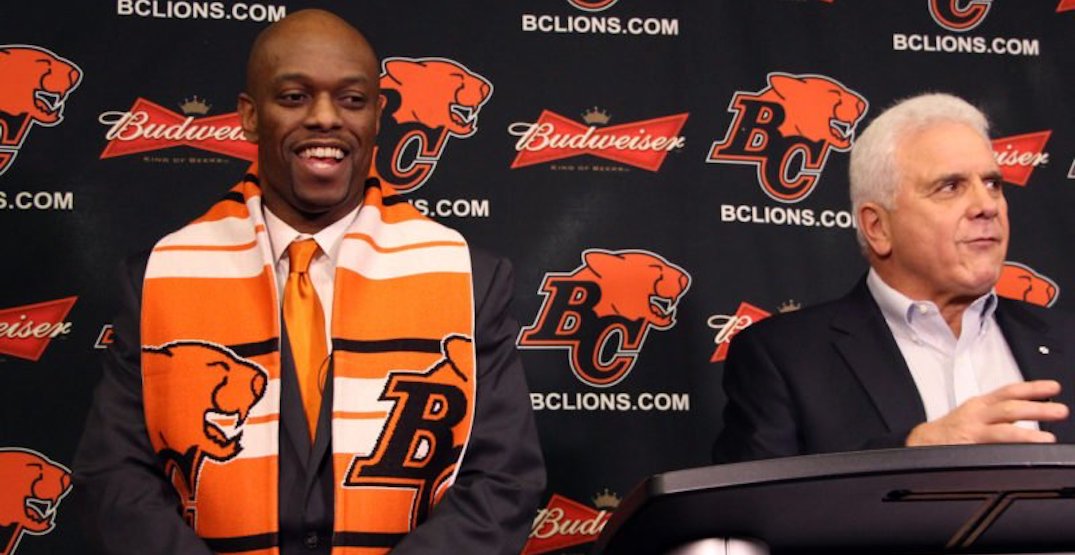 The BC Lions are in need of a new general manager, as the team announced that Ed Hervey has stepped down from the role he’s held for nearly three years.

Hervey is leaving the organization for personal reasons, the team said.

“While the CFL is not playing this year and our roster is currently set, Head Coach Rick Campbell and Director, Football Operations Neil McEvoy will work together with the Lions scouting staff to ensure continuity in Football Operations,” said Lions President Rick LeLacheur in a team-released statement.

Hervey replaced longtime GM Wally Buono on November 30, 2017, but was unable to put together a winning season, going 9-9 before getting throttled 48-8 by Hamilton in the playoffs in 2018, and finishing last in the West Division last season with a 5-13 record.

The CFL did not hold a season in 2020 due to the pandemic.

Hervey’s biggest mark on the Lions was landing arguably the league’s best player, quarterback Mike Reilly, in free agency last year. His head coaching choice backfired in a big way, as DeVone Claybrooks lasted just one season in BC, and was replaced by Rick Campbell last December.