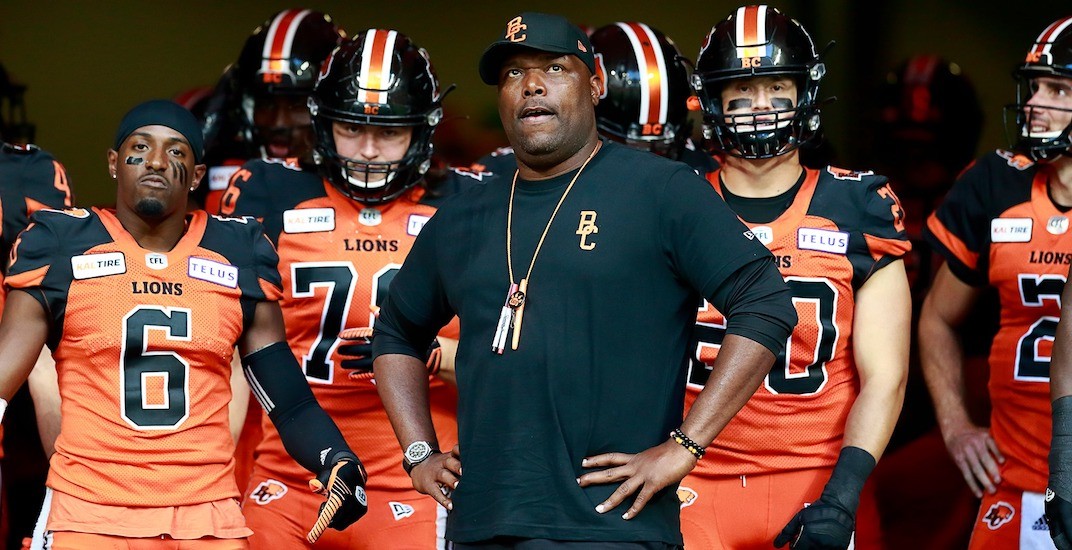 After missing the playoffs with a 5-13 record, the BC Lions have fired head coach DeVone Claybrooks. The successor to CFL legend Wally Buono, Claybrooks lasted just one season in BC.

There were big expectations coming into this season, as the Lions made a number of changes to their team, most notably signing Mike Reilly, who is arguably the top quarterback in the CFL. One oddsmaker even had the Lions listed as the Grey Cup favourite prior to the start of the season.

Instead, the Lions were out of it early — which is hard to do in a nine-team league — beginning the season with a putrid 1-10 record. Their five-win season was the franchise’s worst since 1996.

“We thank DeVone for his time and dedication while also wishing him the very best in the future,” added Hervey. “This decision was difficult, but we will continue to do everything possible to reach and exceed the standards we have committed to within our organization.”

This was Claybrooks’ first CFL head coaching position following seven successful years with the Calgary Stampeders. He was coming off a Grey Cup title as the Stamps’ defensive coordinator.