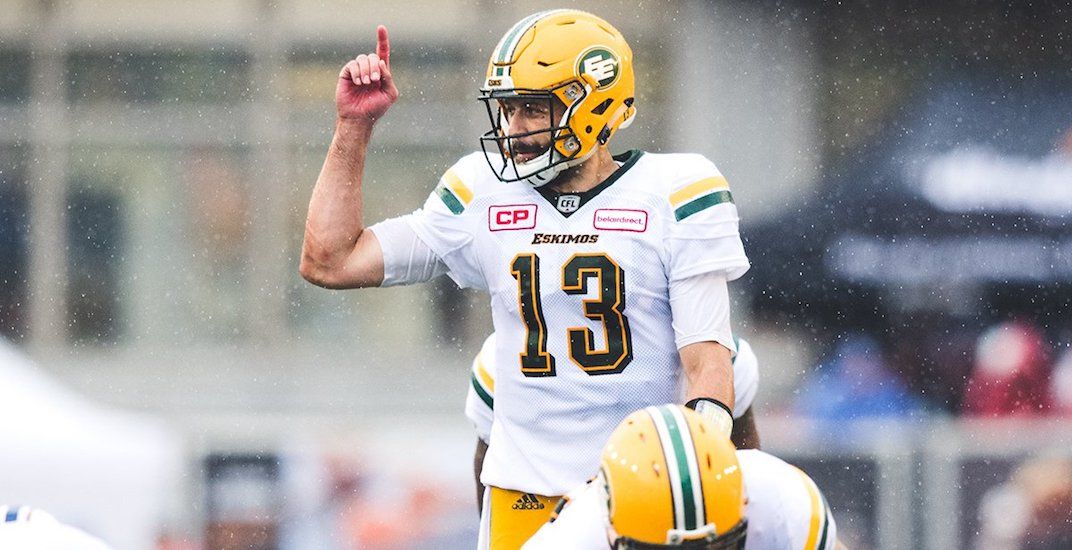 The BC Lions made a big splash on the first day of free agency.

GM Ed Hervey has landed one of the biggest fish available, signing Mike Reilly to a four-year, $2.9 million contract. It’s arguably the most impactful free agent signing in franchise history.

“This is a historic day for our organization and for fans of the BC Lions,” said Hervey, in a media release. “Acquiring one of the CFL’s elite quarterbacks is an extremely rare opportunity and we’re thrilled to welcome Mike home to the Lions.”

Reilly, 34, is no stranger to BC, having played for the Lions in a backup role from 2010 to 2013. He’s also familiar with Hervey from their days together in Edmonton.

“It’s an amazing feeling for me, my wife and our extended families to know I am back with the Lions,” said Reilly, who lives in Seattle during the offseason. “I am grateful for my time in Edmonton and it will always hold a very special place in my heart, but the opportunity to rejoin Ed and return to Vancouver to be part of what he is building was too good to pass up at this point in my career.”

The move solidifies the quarterback position for the Lions for the first time in years.

Jonathon Jennings and Travis Lulay remain free agents. Jennings will surely head elsewhere, while Lulay – who was a groomsman at Reilly’s wedding – could still return.

Reilly threw for almost 27,000 yards and 144 touchdowns over six seasons in Edmonton, leading the Eskimos to a Grey Cup in 2015. The veteran QB is one of just three quarterbacks in league history to throw for 5,000 yards in three consecutive seasons and sits 18th all-time among quarterbacks with 27,625 passing yards.

Expect Hervey to remain busy in free agency, as the Lions are connected to a number of reported signings, including wide receivers Duron Carter and LeMar Durant, defensive back Aaron Grymes, and offensive lineman Sukh Chungh.