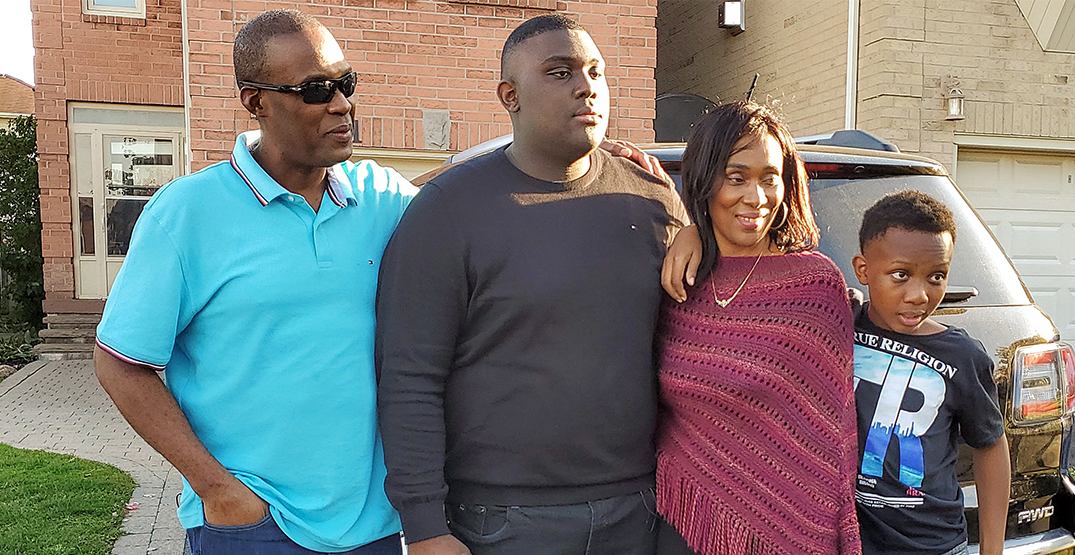 An Ontario teen whose high school yearbook contained a racist comment in place of his graduation quote has received a four-year university scholarship recognizing the challenges he endured.

Joshua Telemaque was presented with the scholarship from the Pinball Clemons Foundation and the Toronto Argonauts at his physically distanced 18th birthday celebration on Wednesday. He can use the money to attend any school of his choosing.

The scholarship pays tribute to the strength, resilience, and courage Telemaque showed while dealing with racism and hate, a foundation spokesperson said.

“What Joshua had to face at school was a horrific and unthinkable act of intolerance, yet Joshua handled it with poise and dignity,” Chris Balenovich said. “We are proud to stand behind Joshua and his family.”

Messages of support for Telemaque also poured in from around the community, including from Ajax’s mayor and Argonauts players.

“We wanted to let [Telemaque] know that the entire Ajax community stands with him, and that we condemn the racist act that occurred,” Mayor Shaun Collier said.

Earlier this year, Telemaque found out the graduation quote he submitted to his Pickering, Ontario, high school’s yearbook was changed from one honouring his late grandmother to a phrase referencing a gorilla killed at a US zoo.

His aunt, Mayma Raphael, said on Facebook that her nephew has been called “monkey” and been bullied by some kids at school but that she “never thought that they would have taken it this far.”

The yearbook committee included several students and a teacher.

The school’s principal said she was “horrified” by the racist remark published in the yearbook unbeknownst to her.

“These comments were malicious, hurtful and racist in nature. These comments are not a reflection of our mission, vision or values as a Catholic learning environment. We sincerely apologize to the school community for the offensive, hurtful and unacceptable nature of these comments,” she said in an October 11 letter to families.

All students needed to return their yearbooks to the school this week.