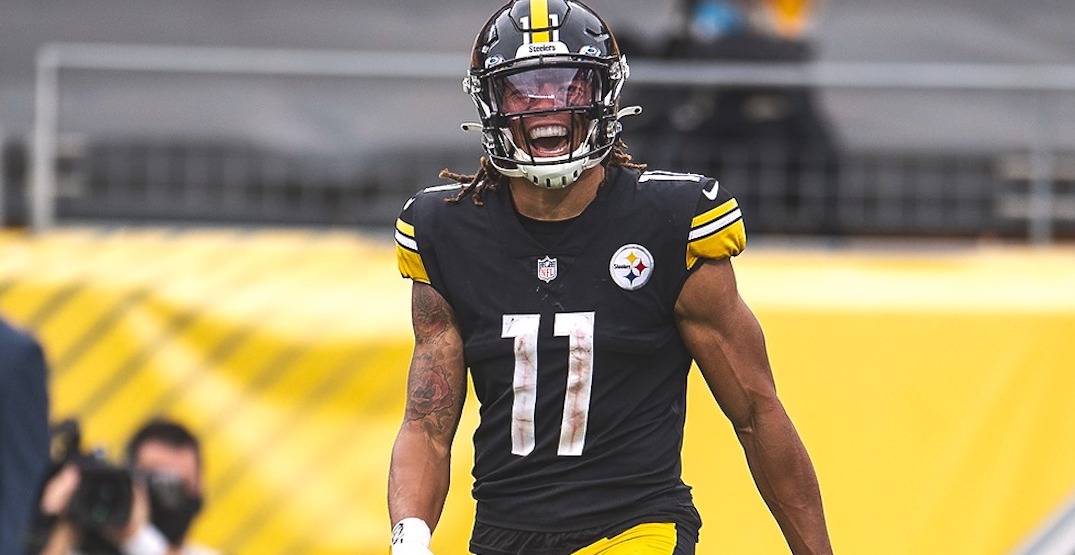 Abbotsford’s Chase Claypool has been named the AFC Offensive Player of the Week, after a breakout performance this weekend.

Playing in just the fourth game of his young NFL career, the 22-year-old rookie connected with Ben Roethlisberger for three touchdown catches and rushed for another TD in the Pittsburgh Steelers’ 38-29 win over the Philadelphia Eagles on Sunday.

The four-touchdown performance is a new Canadian NFL record, as the 6-foot-4, 238-pound receiver has already etched his name into the history books.

The Abbotsford Senior Secondary School grad has been a fine addition to the Steelers, who picked him in the second round of the NFL Draft out of the University of Notre Dame in April.

Claypool has at least one reception in every game this season, catching seven balls for 110 yards against the Eagles. He also had an 88-yard performance in Week 2, which included a touchdown reception.

“He’s talented,” Roethlisberger told reporters. “He has got some God-given abilities that not many people in this world have. He’s big, fast, and strong, and he’s very, very smart. So, we’re able to do those things like move him around and do some things with him.

“That last touchdown, a perfect example, changed the play, and he makes it happen. I just have to give him a little bit of a cue on it, and it’s awesome. I’m just really proud of the way that he’s playing right now.”

Claypool not only made Canadian NFL history, he made Steelers history, becoming just the third Pittsburgh player, and the first rookie, ever to score four touchdowns in one game.