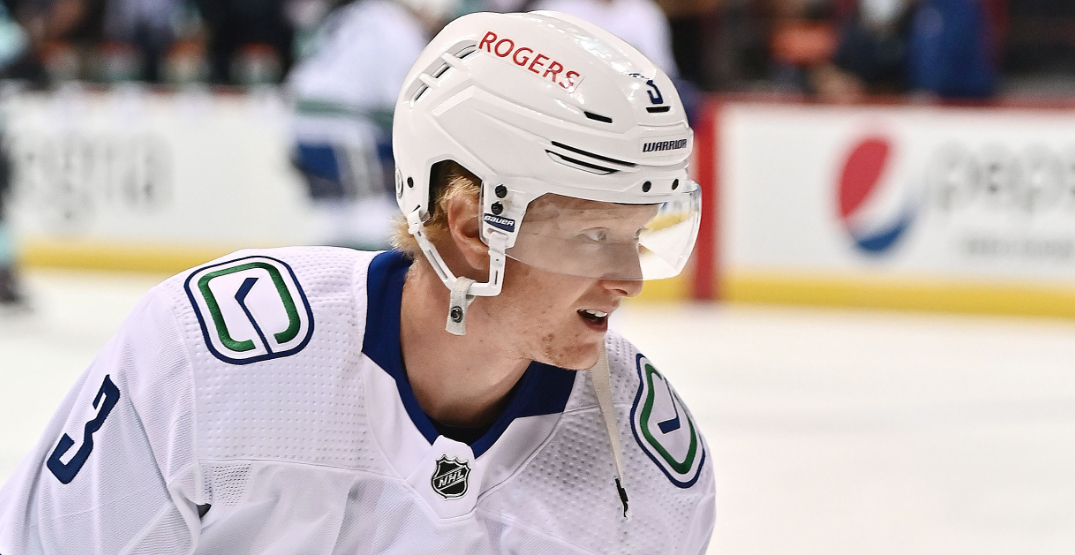 The Vancouver Canucks are bringing back Jack Rathbone on a one-way deal.

Rathbone inked the with the Canucks on Friday. The 23-year-old, who played nine games in Vancouver last season, led Abbotsford Canucks blueliners with 10 goals, 30 assists, and 40 points last season despite playing just 39 games.

He received a two-year contract worth an average annual value of $850,000, according to CapFriendly.

“Your goal is obviously to play at the highest level possible, but I’ve learned a ton,” Rathbone told Daily Hive in May. “Definitely, I’ve found some growth in the consistency of playing every night and playing some meaningful minutes, and playing for a good coaching staff.”

In 17 career NHL games — all with the Canucks — Rathbone has three points (one goal, two assists). He was originally selected in the fourth round (No. 95) of the 2017 NHL Draft.

He wasn’t the only bit of work completed by general manager Patrik Allvin.

Juulsen had two assists in eight games with Vancouver in 2021-22 after he was acquired in the trade that swapped Juho Lammikko and Juulsen last October. He also appeared in 50 American Hockey League games with Abbotsford, netting 16 points (three goals, 13 assists). Juulsen, who was originally selected in the first round (No. 26) in the 2015 draft, has 10 points (two goals, eight assists) in 56 career NHL games.

Lockwood, originally selected by the Canucks in the third round (No. 64) of the 2016 draft, had 25 points (nine goals, 16 assists) in Abbotsford this past season. He was held without a point in 13 games with Vancouver.

The 23-year-old could be a fourth-line fit for the Canucks.