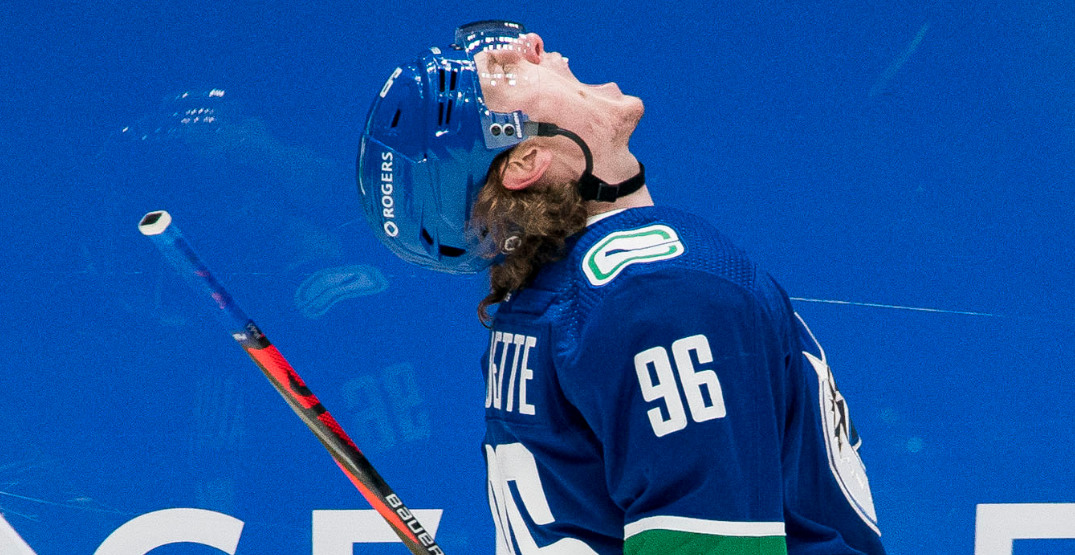 Former Vancouver Canucks forward Adam Gaudette is heading back to the open market.

The Ottawa Senators have informed Gaudette, 25, that they will not tender him his qualifying offer and will become an unrestricted free agent this summer, according to Bruce Garrioch of Postmedia.

The #Sens have informed winger Adam Gaudette he won’t receive a qualifying offer. He will go to UFA.

Gaudette had 12 points (four goals, eight assists) in 50 games with the Senators after being claimed off waivers in November. He had registered two points (one goal, one assist) in eight games with the Chicago Blackhawks before the claim.

He was traded to Chicago for forward Matthew Highmore in April 2021. Highmore, who had 12 points (five goals, seven assists) in 47 games for Vancouver this season, had no goals and two assists in 24 games for Chicago at the time of the trade.

Trent Cull, who has served as head coach of the Canucks’ American Hockey League affiliate, said last month that Gaudette was rushed into the NHL by Vancouver after three seasons at Northeastern University.

“Well, if you’re again asking me my opinion, I would say absolutely,” he told Sportsnet 650.

“We can’t have a guy who only plays 16 games pro, and then he’s going to play in the NHL and then wonder why he’s not maybe the right product for the group moving forward.

“You need time to acclimate to the National Hockey League.

“I’m not talking about [Elias] Pettersson, who’s the rookie of the year in the National Hockey League. There are other players who need to spend some time in the American Hockey League so we can hopefully round out their game.”